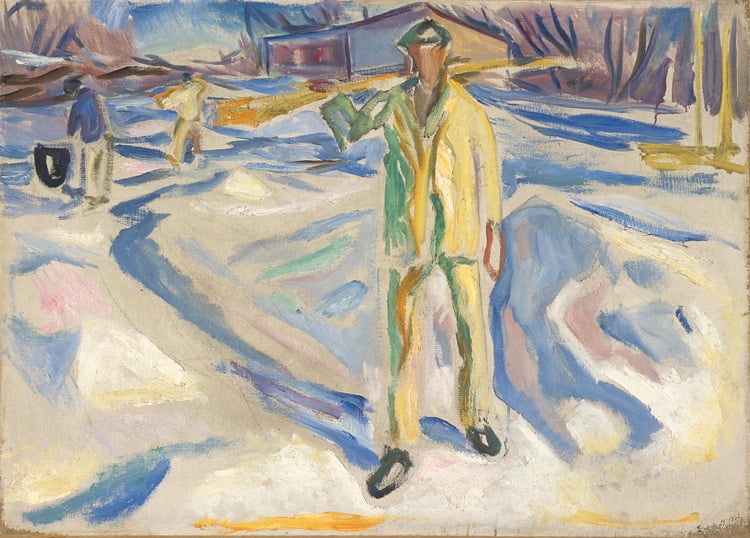 I struggled across the muddy concourse against the icy wind of July and was nearly toppled over before reaching the concrete post-post-modern edifice. Fortunately the architect did not give a fig what the public felt. Those observing from the outside or those hard at work on the inside just knew it was tasteful. The building loomed precariously, tottering over like a waterfall of frozen mashed potatoes with artfully placed carrots sticking out. I entered, passed through the portcullis and ascended and then descended the concrete passages to arrive at my special precinct alcove.

My job was tampering. You may remember me. I was once a fictional character in a novel set at a time which has long passed. Believe me, after being subjected to some horrific treatment by O’Brien, I finally realized that two plus two did make five. Before that time how could I have been so stupid?

Now I was employed by an organization known by its acronym NABLMSA (National Aeronautics and Black Lives Matter Space Activities). I was seconded also to other important organizations such as NOGFA (National Oceanic and Gender Fluid Activities). If my credit scores were within the correct range, I also was allowed a stab at tampering with the data at an organization based on an island near IslamoEurope: East Anglia Woke Climate Demands (EAWCLID).

I pass the alcoves of my nearest neighbors, jolly tamperers all, but mostly devoted to less prestigious fields. There sits Blinton Fiddle, waving its long pointy finger nails, and next is the youthful Swede, still a genius at emotional outbursts, flapping her piggy tails in a hail of saliva and scorn. They are charged with making sure the glaciers are receding and that the last hurricane season was the worst on record. Sir Attenborough’s alcove has now been taken by Princess Meghan. She really knows how to interfere with the historic rainfall graphs and other things. I wave a cheery good morning, but my skin tone is too pale for anything but a scowl in response.

No matter that none of this true. What is true is what we say it is. As you know.

Vice President algore used to have an alcove near mine, but I haven’t seen him around lately. The rumor is that he disappeared in one of the heavier snowstorms of the late summer.

I sit down at the tamper machine. Before I can get down to the serious business of fooling and faking, in strides Kampala Harris cackling like a lost loon searching far out for the disappearing ocean shore. Kampala has aged slightly since losing The Party Primary to someone with more exciting credentials: an appointee with a skin tone three shades darker. Plus I don’t think that successful candidate spoke English. The language meddling devices had made it seem like she was saying something comprehensible—but by that time few cared anyway.

She/he/they/who/zumba smiled condescendingly and demanded to know why I was late at the mashed potato building.

“I misplaced my heavy winter boots and wuhan mask, ma’am-sir.”

“That’s not an excuse. You don’t need winter boots in this warming climate. Check your privilege!”

“But it’s snowing outside, ma’am-sir.”

“Cackle, cackle, cackle. You’re already on the defaulters’ list, Winston. So mend your ways, and get down to meddling. You know the rules.” She exited my alcove with some more voluble laughter, and I got straight down to the business in hand.

The subject line this time is ‘New York Times reports: STOCKHOLM UNDER WATER. Thousands flee.’ Emails from other media outlets have similar headlines.

I open up the daily satellite imagery and see that at Stockholm the sea level is lower than it has been since records began. Then to make sure I have empirical evidence that I can fiddle with I look back at newspaper reports and graphs from the later 19th century right up to 2034. “Yep, the sea level is falling there. But, no problem,” I mutter, and rearrange the graphs to conform with the output of the ‘Wikipedo of Record.’ Then I doctor the images to make it look scary. This has to be done so that the official reports coincide with what the readership needs to know.

Now I move on to the tide gauges of the major US coastal towns. Some of them show a slight increase in ocean level—a matter of a few centimeters in the last 150 years. The rate of increase is unchanged since the last ice age. But the drastic projections have to be proved. I know this has little or nothing to do with the climate patterns, but have to make the connection so that everybody can be made fearful. Easy peasy. I just type in the corrected information, as I have been trained to do, and hey presto! It is now eagerly digested by the activists who report for the media outlets and justify the scaremongering. That’s Science! as they say.

Then I move on to the tide-gauges of Islamoeuropean coastal towns. Mostly they indicate the same very slight and historically unchanged sea-level rise; that is except where the land mass has risen and the sea level is falling. But who’s to know?

And you’re thinking, “What about San Francisco, and who cares anyway?” Again I look at the gauges positioned in the Bay Area. Oops! There has been no clear rise in the sea level since records began. This calls for some fakery too. Again I fiddle with the stats and start to rewrite the Wikipedo reports so that they won’t put me in the cage again.

So you see, my job is not so difficult. I left my conscience behind when I was interrogated in the rat cage in 1984, and I don’t understand how I could have believed the truth. That scares me: the truth, that is.

Oh well, time for a break. I saunter down to the lockers outside the isolation booths and pick out the boiled locust sandwich. Not bad; it’s better than cockroach pie, but the bread is a bit slimy. I sit down and think over the morning’s work. Oh dear, Oh dear, Oh dear. I forgot to massage the information about the Maldives and other Indian Ocean islands. Yesterday I checked the satellite imagery. These places were all high and dry, but who’s to know? Since the banning of international airline travel a decade ago only a few of our exceptional elites have visited. Even Kampala has found its way there several times. Well, I’ll get down to it after my lunch break. The old photo ops of Maldive Islanders living under water still work well enough. I can resend those to the media outlets. Then all I have to do is manipulate the stats and the graphs and the case is proved. That’s science!

Now to apply for a new Wuhan Mask at the provisions department, put on my heavy boots and winter coat and return to my hexagonal sleeping pad for a well earned rest—until tomorrow. Then I can do some more fake science. I’ll make sure I’m not late. That’ll keep Kampala off my back. I really don’t like her cackling.