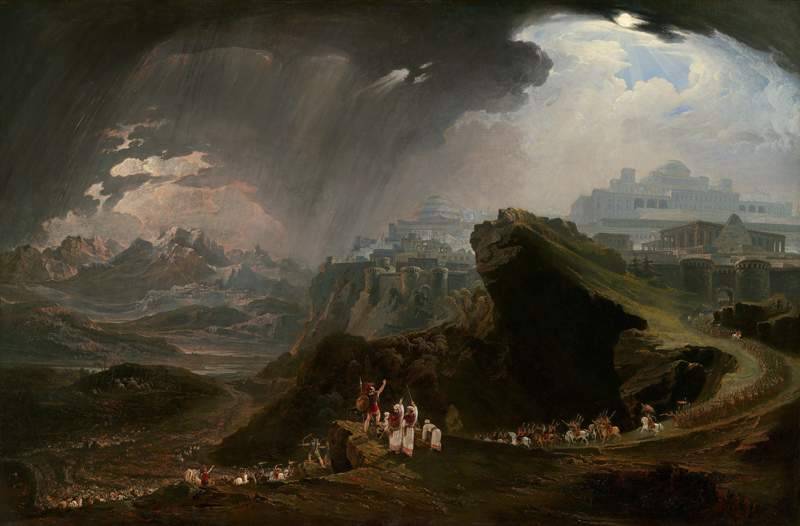 Mankind, in his yearning to know
The will Divine, has devised many methods–
The haruspex of the Romans
Read the entrails of the birds;
The Greeks hurried to Delphi to hear
From the maiden on Apollo’s chair;
The Native American shamans
Had their trances and spirit walks;
The houses of the Zodiac
Controlled the lives of sky-gazers.

Modern scientific man
Mocks the idea of the omnipotent God
But then mocks himself when he turns
To something as mundane as the weather.
For what the meteorologist proclaims
From the satellite gods on high
Is received as an unchangeable decree,
As fixed as Fate, to be endured
With no hope for mitigation.

Have they not heard of Joshua,
Who stopped the sun from setting?
Of Moses, who dried up a great sea?
Or Elijah, who banished
The rain clouds for a three-year span,
And then brought down a torrent
Of fire from the heavens?

Man is not the plaything
Of impersonal forces
Or capricious gods.
The Lamb slain before the foundation
Of the world, the One Who offers
And is offered, sacrificed Himself
For us that we might
Live and reign with Him
In His Kingdom of light, peace, and joy,
Not only in the Paradise to come
But in the here-and-now.
Only let us get the order right–
First the suffering and the shame
Outside the city walls
And then the triumphant
Glory of the Resurrection.