My Bicycle has Two Dead Notes 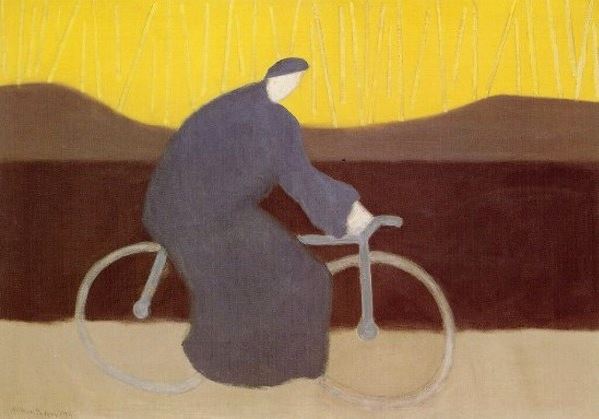 Nayda is the mother of Millie, an eleven year old girl whose difficulties the school psychologist is in the process of helping to define. Nayda usually addresses Millie, independently of whether Millie is present or not. When Millie herself speaks it is later.

You say you’re looking for its melody,
But this nursery-style ditty
You’re trying to set to music
Belongs to a young child—
Think like a big girl
And throw this piece away.

That’s downright ungrateful
You should throw this piece away.
A couple of piano keys had gone dead,
You went out wanting to ride your bike,
As luck would have it a tire went flat,
You came back not even trying
To fight back tears,
Confusing and conflating.
You said, “My bicycle has two dead notes.”
I found the required phone numbers,
Then held back a moment,
Remembering the school psychologist
And our conference

(Recalling to herself alone:)

Don’t try to force her.
If she forges a defense,
Don’t judge her
Or try to take it away.
Maybe she’s trying
Even by regression
To find a place to be—
One that accommodates
And welcomes.
She may not find your world congenial,
May not be able yet
To manage the codes and customs
For living in it.
If she tends to feel in danger
I think we may somehow lose her.

Who paid that kind of attention to me?
So careful and in such detail—
Was my life easy?

Here are the phone numbers:
Piano Tuner, Bike Repair.
Dial them and make yourself clear
Or I may have to put you away.

I said it to the repair shop
And to the tuner:
My bicycle has two dead notes.
The strangeness of my complaint
Did not deter.
Each one deciphered what my mother
Had seen as sure evidence of failure
To manage Reality—Terminal.

(Then I couldn’t find
Its true melody—
The last notes
Were a departure,
Stayed dissonant—)

I don’t like it here
I don’t want to go where they are
Do I want to stay here and be found?