My Children Have Defeated Me 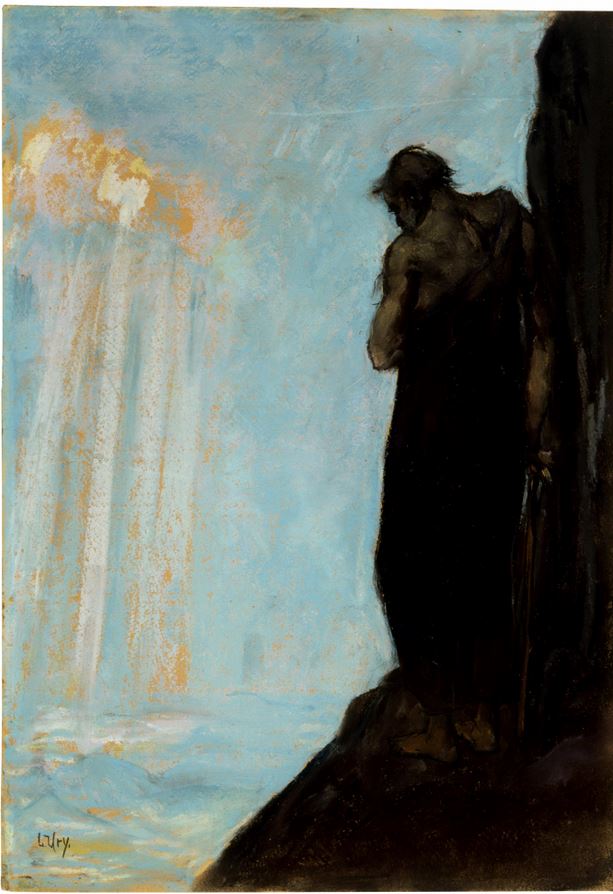 “Give ear, O Heavens, and I will speak; may the Earth hear the talk of my mouth” (Deut 32:1). What a difference between the first and the second verse. Most of Old Testament (Torah) commentators missed the point. They consider that Moses is calling on Heaven and Earth to witness. In some sense they may be correct.

The former verse produces the rain, the latter just a dew (Deut 32:2). Dew is fine for the beginning, just to sprout the seed. However, rain is needed to get the plants growing.

Thus, in a deeper sense Moses is addressing the people who gravitate towards the Heaven, those willing to exercise their spiritual abilities; he speaks to the Soul of man. On the other side are those who are not eager to exercise their spiritual gifts; those gravitating towards the Earth, towards material things. This is the Heaven and the Earth in the verse, in a deeper meaning.

“It is not in Heaven … nor it is across the sea … The matter is very near to you, in your mouth and in your heart—to perform it” (Deut 30:12-14). Rabbi Bachya ben Asher in his commentary on Torah said that the condition to achieve the state when you can hear Ruach HaKodesh is that you do not violate any of God’s negative commandments. In brief:

Simple, right? Unfortunately, most of people (even Jews) do kill, do steal, do lie, do commit adultery, and do envy. And, of course, they have other gods (material possessions, jobs, families, etc.). Thus, they cannot hear my whisper (Ruach HaKodesh), just talk of my mouth.

You shall not kill, my children changed it to you shall not murder so that they can kill animals for food and their brothers in a war.

You shall not lie, my children changed to allow themselves to tell a “white lie” which is supposed to protect the peace. Of course each lie the humans say can be interpreted by them as protecting the peace (of the family).

You shall not commit adultery has been interpreted in some circles to allow a married man to have an affair with an unmarried woman without committing a sin. Only an affair of a married man with a woman that is married to someone else has been considered adultery. Another teacher, however, taught that even a lustful look at a woman is a sin.

Remember Rabbi Isaac Luria: “You shall not kill even an insect.”  And then he talks about releasing divine sparks captured in the meat you eat. How can he do that? Well, he first whispered to the ear of Heaven, and after that he let the Earth to hear talk of his mouth.

Before sin of Adam, Elohim said “Behold, I have given to you every herb yielding seed … it shall be yours for food” (Genesis 1:29). “But since he has sinned and evil was absorbed into his body … let the body enjoys itself as much as it wants and eat meat … But as a result of this pleasure, the body commits many sins” (Zohar 1:89b).

To eat meat and to drink wine is an allusion to study Torah on a literal level. In Safed, in Upper Galilee, in 16th century there was a circle of disciples who did not eat meat, did not drink wine, and they fasted each Thursday. The talk of my mouth (literal interpretation) is fine to start; but sooner or later you have to switch and listen to a whisper in your ear to continue the growth. Good Luck.

Isaac Luria (1534-1572) was a later leader of a Kabbalistic group in Safed in Upper Galilee. His modification of Kabbalah is a major version read by current students.

Petr Chylek is a theoretical physicist. He was a professor of physics and atmospheric science at several US and Canadian universities. He currently works at the Earth and Environmental Sciences Division of the Los Alamos National Laboratory. In his spare time he has been teaching Yoga, meditation, and spiritual and mystical traditions.

PrevImperial High Noon
The Sultan and Azem, His Vizier, by Friedrich von HagedornNext