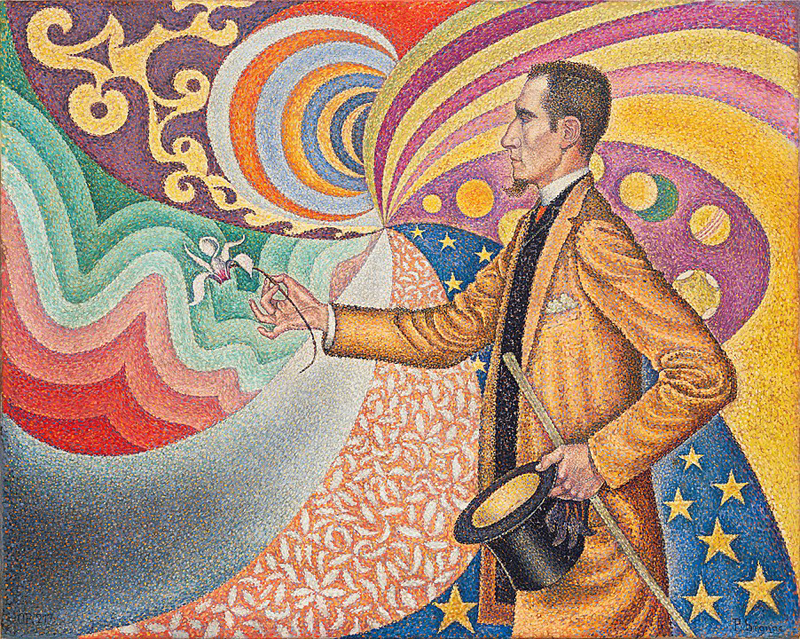 Opus 217. Against the Enamel of a Background Rhythmic with Beats and Angles, Tones, and Tints, Paul Signac, 1890

. . . the whole aim of Newspeak is to narrow the range of thought.
—Orwell

The poisoned poll, like the poisoned pill, come from the same poisoned tree. Neither are accidents and neither spring from benign roots. Polls and pundits were wrong across the board prior to the 2016 American presidential election. Indeed, the anti-Trump animus was so universal with pollsters and journalists in the last presidential, that even three and a half years later, it’s hard to believe that there wasn’t a conspiracy to cook the books to discourage Trump voters.

With another election pending, pollsters seem to be having hot flashes of déjà vu. Donald Trump is again universally cast as the dark horse.

No credible explanation, other than cooked books, has ever been provided for the big media fails in 2O16. The auguries for November are similar. However, this year there is some clear evidence to explain why polls and media alike may be misreading or misrepresenting the numbers.

Figures may not lie, but liars can still figure.

Pollsters agree on one thing. Rural voters are notoriously hard to reach for surveys.

Explanations are self-evident. Blue collar America, the “deplorables,” are still working. Urban Americans, government employees, and the public schoolhouse are on paid leave for the election season and the Covid epidemic. One in four Americans, liberal to a fault, works for government or academia at all levels.

Covid-19 might be the best thing that ever happened to the political prospects for the American Democrat Party.

Albeit, the usual urban suspects may be overrepresented in polls. Biden voters, largely an urban demographic, are thus still at home; answering the phone and available to skew the curve.

If the Covid-19 urban state shutdowns are a conspiracy to smear Trump, it might backfire on campus. Teens and twenty-somethings, even in a good year, are a liberal yet apathetic voting demographic. With school in indefinite recess, the campus will not be much of a player this year for rallying the Biden/Harris snowflake vote.

African Americans since the mid-20th Century have been a reliable demographic for Democrats; ironically the party of slavery.

Blacks are registering as independents this year in unprecedented numbers, not good news for liberals and Democrats. Biden’s patronizing attitude towards Blacks didn’t help either, but other omens are not good. Twenty-seven black Republicans are running for Congress this year. Further, the noisiest and most visible down-ballot candidates are black, Burgess Owens in Utah and Kim Klacik in Maryland are examples.

Candace Owens is not running for office yet, but surely, she is the new face of parallel pragmatic black politics and polemics.

A substantial number of ordinary sensible Americans, especially those near cities, would not deign to show visible Trump support; no yard signs and no bumper stickers. Such target tokens would invite retribution from liberal thugs, BLM, and Antifa activists already in the streets. Closet Trump voters are keeping a low profile as the cancel culture rages because they know that the riot and vandalism demographic will not be restrained in any blue state any time soon.

There are no metrics, save the vote, to count those quiet if not silent and determined Trump supporters.

The best revenge is a win.

American political polling is the most dishonest honor system on the planet.

We are never told how many calls must be made to get a response, nor is there any way to gauge the honesty of respondents; self-described Democrats, Republicans, or Independents. When we don’t know about the unresponsive, we know even less about apathy, or outright hostility towards polls themselves.

Clearly, pollsters themselves are an urban demographic who come to the table with all the bias we see in other Beltway institutions. Urban media censors, of which the polling industry is a subset, now includes the Presidential Debate Commission and the dot.com empires. The ranks of those able and willing to cook the books are now legion.

It’s a very safe bet that the same folks who wouldn’t put out a Trump sign might not talk to, or be candid with, some smarmy pollster that is very likely to be a swamp creature.

Propagandists and cynical ad men know that the bovine mass will follow the cow with the bell. Herd sentiments are not decisive in an election, but they are relevant.

Most live polls with limited numbers and large margins of error are pushing an agenda. Nationwide popularity polls are an example, irrelevant because a president is elected state-by-state through the Electoral College.

Real democracy plays by the rules.

Most major pollsters are associated with one or more media outlets. Partisan news organizations are selling prophesy this year not forecasts. Propaganda is probably the polite description of much that passes for political news in the last decade.

If we are honest, however, we must admit that the American left hit a trifecta in the 2020 propaganda wars. Liberals dominate a single, if not monolithic, narrative pushed by the press, broadcast networks, and social platforms across the internet.

Thus the 2020 election comes down to a Rorschach test for American democracy.

Can enough ordinary voters see through the hype, smog, and distortions to make a pragmatic choice that preserves what’s left of the best that made America to begin with?

Among many other things, the wisdom of crowds is on trial in November.

PrevThe Biden Mafia
Reflections on the Translation of PoetryNext