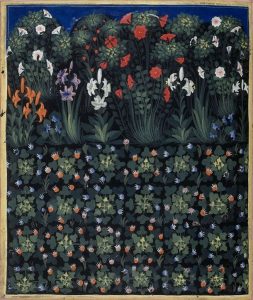 Joe had been convinced for some time that there was something seriously wrong with him. His doctor had sent Joe for various and numerous diagnostic tests in an endeavour to discover the source of his conviction of illness, and he had also been referred to and examined by a cardiologist and an internist. His last appointment had been with a nerve specialist, and he was now sitting in his doctor’s office waiting for what he was sure would be the diagnosis of a death sentence.

His doctor read out the report. Joe listened, respectfully, but derived no meaning or comfort from it.

“What does that mean?” demanded Joe, feeling exasperated.

These medics, he thought, they think they are gods, and know everything and that the only thing he could do, as a patient, was to be patient, and sit at their feet in grateful supplication while they issue their edicts and verdicts and prescriptions.

Feeling a burst of rebellion, and glaring at his doctor, he said,

“Let’s keep it simple, if you don’t mind, so that a layperson such as myself can stand a chance of understanding what the specialist has to say”.

The doctor peered at his patient over his spectacles. He recognized the symptoms of frustration. He sighed deeply.

“I will endeavour”, he said, “to explain your condition to you as fully as I am able, and you, of course, must ask me any questions you like, whether or not you feel they are sensible or otherwise. I am here to minister to you, and to help you to come to terms with what you are now facing. I will answer any questions as best I can.” The doctor then sat back in his chair, clasping his hands, and waited.

Joe felt furious. He had been feeling perfectly well and was enjoying his life, his home, his environment, and his continuing physical well-being. He had always taken good care of himself, and done his utmost to adopt a proper well thought out approach to everything. He knew nothing was perfect and he had tackled his problems as they had arisen, and worked to resolve them in the best way possible. His marriage was in good shape, his children were all doing well, their marriages were all strong and happy, as far as he knew, and he had several grandchildren now that he just adored and thoroughly enjoyed spending time with. He had no reason to expect anything other than the best to come his way. It was simply unfair. Out of the blue. Uncalled for, and, as far as he was concerned, illustrated a failure of the social contract that he felt most grievously. He had kept his part of the bargain, and now he felt betrayed.

The doctor looked at him closely, and then said

“I appreciate that you have always had the blessing of good health, up to this point, and I can understand your frustration. However, there is still a great deal we do not understand about the workings of the body and its organs, and the effect that the Psyche can have on us. Has anything been troubling you of late?” queried the doctor gently, once again peering at Joe over his spectacles, “perhaps an emotional issue? Has someone in the family been dealing with something particularly stressful, something that you perhaps have felt powerless to correct? Can you think of anything that may have been worrying you?”

Joe sat back heavily in his chair, and stared at the doctor with empty glazed eyes. He realised that he knew straight away what the doctor was referring to.

Of course there had been something going on, and something he had felt powerless to deal with. At the time, he had thought the situation through, had decided it was not his problem, had pushed it aside, and had, he thought, got on with his life. But he had to acknowledge to himself that the situation was always lurking on the edge of his consciousness, waiting for him to turn to it and give it his attention. He had found this irritating, feeling he had given it his attention, been unable to find a solution, and had dealt with it. He wasn’t a spiritual giant for goodness sake. He was just an ordinary man with ordinary resources and had a limited capacity for understanding such problems, and he didn’t see why he should be expected to have done more. After all, it was none of his business, was it?

What the doctor seemed to be implying now was that it was indeed his business, because his inability to resolve the situation in a good way was now making him sick. He felt the anger stirring again. As far as he was concerned, it was not his business, and he felt it most unfair that he should get sick because of someone else’s problems.

That old fellow had no business moving into Joe’s garden shed and turning it into his home. Joe’s garden was extensive, and it took a neighbour to advise him that some old fellow was living in the old shed at the far end corner of it. Joe knew that times were hard. Inflation was rampant. The cost of energy and food were sky-rocketing, and interest rates were high. Joe knew that many people had lost their jobs, and their homes, and were destitute and living on the streets, through no fault of their own. Joe knew all of this. But he did not see why he should have that old fellow living in the garden shed in his garden. He had contacted the appropriate community services, and they had removed the old man, and housed him somewhere else, but Joe, unaccountably, had never felt happy about it. That old man had been doing a bit of gardening while he had lived in the shed, and he was clearly knowledgeable about gardens, and very good at it. Joe could have just left him there. He had been no trouble.

When Joe left the doctor’s office, he went straight to the community services and enquired about the location of the old fellow. He then went to visit him and asked him if he would like to take up residence again in his garden, but that this time there would be a more spacious chalet for him to live in with running water, furniture, and so on. In exchange, the old fellow, whose name turned out to be Samuel, could do a bit of gardening when he could, as he clearly had an affinity with the soil. Samuel was very pleased to accept the arrangement, and was soon in place.

And Joe, well, Joe got well.

Janet Charlesworth is a writer from Canada.

PrevUp Your Snout
A Second Term for Emmanuel Macron while Russia Bombs and Batters Ukraine?Next