Ratlines on the American Left 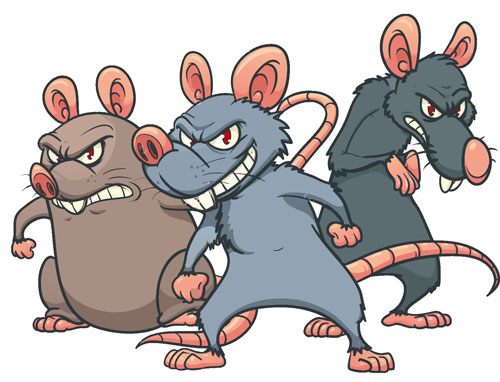 Once upon a time, ratlines were horizontal ropes in a ship’s rigging that allowed a sailor to scale the lines or climb a ship’s mast.  On a sinking ship, rat lines were the last refuge for rodents and unlucky tars that couldn’t swim or didn’t make it into a lifeboat. Today, rat lines are thought to be euphemisms for any desperate avenue of escape or last ditch tactics.

Ratline politics these days is trending on the American Left. If recent electoral results provide any clues, the Democrat Party has all the symptoms of a ship in peril. Liberal rats are headed for the lines.

Party responses to electoral ignominy to date are nothing short of hysterical at best, childish at worst. The demographic Left that thought it couldn’t lose the presidency, now believes that it shouldn’t lose anywhere—ever. Entitlement economics has now bled into the political realm.

Withal, you could conclude that globalists, socialists, Marxists, gender benders, tokers, swingers, and associated Democrat Party fellow travelers haven’t been this unhappy since Lincoln freed the slaves. Indeed, the out-of-power party in Washington is in danger of losing its adjective.

Socialist sheep now behave like lords of the flies.

The Party line explanation for Donald Trump blames institutions or personalities, the FBI or the FSB, James Comey or Vladimir Putin. Pick one or all.

The Clinton narrative would have you believe that Hillary was undone by Justice Department 11th hour bungling or Russian meddling. Never mind that the “secret server” fiasco at the State Department was a Hillary brainchild. Never mind that DNC emails revealed the Democrat National Committee to be rigging the primaries for Hillary at the expense of democracy—and Socialist Bernie Sanders.

If there was a fix in 2016, the fixers were all working for the DNC. Once the grifters on the left were exposed, voters saw to it that Mrs. Clinton got the very public spanking that she deserved. 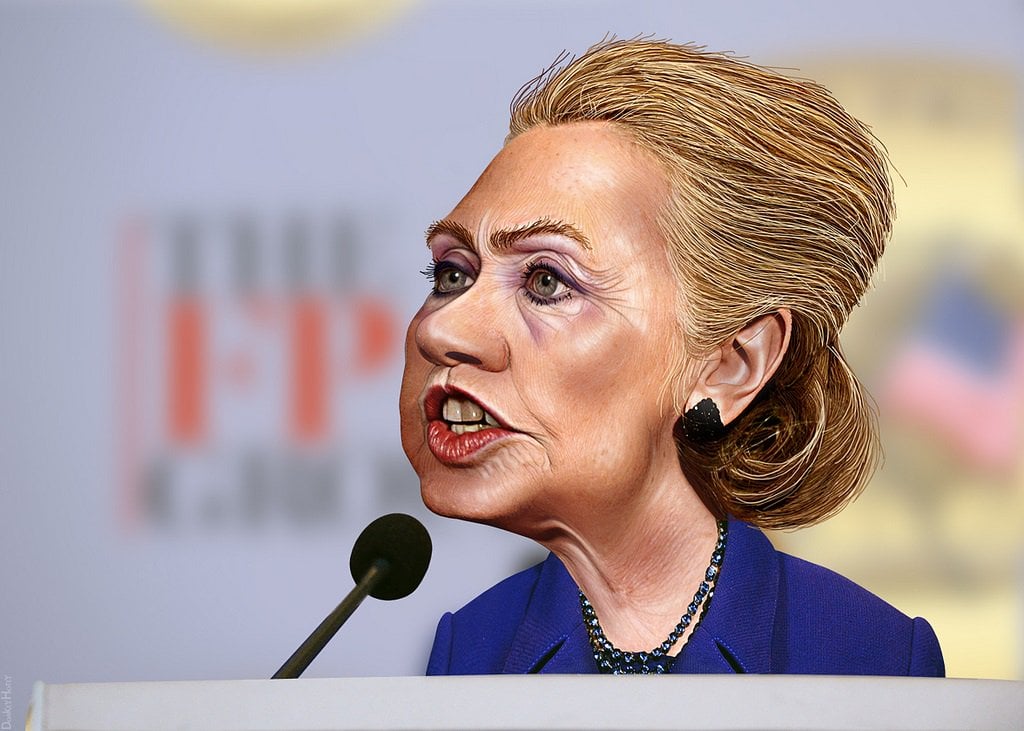 Thoughtful Americans didn’t need any help from Vladimir Putin to see through the Clintons. Hillary’s handicap was character, or lack of it, a deficit that was obvious to domestic and foreign observers alike.

America may not have wanted Trump in as much as they wanted the Clintons out. Wisdom of crowds indeed!

The only demographic more shameless than Democrat Party shills were American scribblers and broadcasters, including PBS. Front running for Hillary was nearly universal. Pollsters, prophets, and pundits alike assumed a Clinton third term to be a foregone conclusion. Alas, the chattering class was catastrophically wrong.

Journalists with little or no credibility to squander, like propagandists, were exposed for what they have been since FDR was a commissar, partisan political fakirs. Over ninety percent of reporters vote Democrat. A similar percentage makes political contributions on the Left.

No small wonder then that the 21st Century “fake news” era was officially inaugurated by the Fourth Estate with the 2016 presidential election. Carrying water for the Left during the election is followed now by a media campaign to discredit, if not impeach, the boulevardier that won.

Science took a big hit, too, in 2016. Pollsters and statisticians take a bow here. Numbers, facts, and figures may not lie, but the folks who massage the numbers are wont to spin data like a roulette wheel. Calling “political science” a science is a little like calling a massage parlor a health spa.

Expect Trump hate to be above the fold at the Washington Post and the New York Times until the next national election cycle.

The American Press fails to appreciate the threshold between legal and moral. It might be legal to publish leaked classified data, but why lower professional standards for a vendetta, an unworthy cause, or political has-beens?

Since November, the big cities of America are choking on more than exhaust, crime, and chewing gum. Donald Trump is indigestible in Gotham. The irony here is poetic.

Trump is a card-carrying New Yorker, a guy who grew up in Queens and went to college for a couple of years in the Bronx. Nevertheless, urbanites, right and left, are still hysterical about the 2016 election results.

In New York State, the only counties that voted for Clinton were the five boroughs of New York City. On the Left Coast, “sanctuary” cities gave Mrs. Clinton a plurality. Without California, Hillary would have lost the national popular vote as well as the election.

The divide in America is not so much between urban versus rural or black versus white. The great divide is between the makers and the takers, productive and unproductive citizens. Half of Americans now collect a government check of one sort or another. The takers are largely an urban demographic.

No accident then that too many urban centers are one-party, indeed Democrat Party, sinecures.

Cities like Washington or Chicago seldom elect anybody but a Democrat mayor or city council.  States like California, thanks to Los Angeles and San Francisco, will be one-party regimes as far as the eye can see. As Colin Powell likes to put it: “That’s where the votes are.”

The Left in America today is clusters of big city barnacles that make spare parts for each other.

The real threat to democracy as we know it comes from the permanent state, euphemistically dubbed the “deep state,” Washington insiders who cannot, or will not accept the will of the people, the verdict of an election. Rat lines now thrive between national security/federal police agencies and a hostile if not seditious Press. Leaked classified materials from the FBI and NSA are attributed to “anonymous” sources daily. Surely leakers are not anonymous at the CIA, NSA, or the profligate Intelligence Community.

Those skeptical about the “deep state” phenomenon need look no further than the FBI and the leaks about Richard Nixon.  In the Watergate take down, the leaker-in-chief was Mark Felt, associate director of the Bureau. Now we see James Comey, erstwhile Director of the FBI, leaking confidential information to insure, with the same motive, that a special prosecutor is appointed to go after Trump.  Comey and his ilk make Edward Snowden and Julian Assange look like patriots. In the deep state, as with rat packs everywhere, the tone is set at the top.

Here again ironies abound. On the one hand, national security leakers make heroes of whistle blowers like Assange and Snowden. At the same, time classified leaks from the FBI and NSA are red meat for those who believe that the Intelligence Community has been politicized and cannot be trusted with universal surveillance authority. Insiders, who leak or “unmask” sources, seem to be permanent passengers now on the ship of state.

Withal, the White House and the first family are ground zero today for Press bomb throwers and partisan political terrorists. Liberal political sheep and federal creeps are on a tear. The Beltway establishment and the national Press, putative gun-control demographics, have Donald Trump in the crosshairs.

As much lip service as the Left pays to education, you might think that urban public schools would be a model for social investment. In fact, the American Public School ranks with the Third world.

The public school sector is a doppelganger of the federal Civil Service, apparatchiks with lifetime tenure. American schoolhouse employees, especially at the K thru 12th grades come from the “bottom of the academic barrel,” last in academic achievement.

Slackers among us are now the custodians of the most impressionable, our children—and our future.

Civil service and public school systems are rat lines by design. Each enjoys the tyranny of tenure, can’t be fired, only retired—on the taxpayer dime. Of all the sinecures that service the American Left, these two are the most pernicious. The deep state doesn’t just favor bigger government and better control.

Unelected liberal apparatchiks are the government inside the Beltway.

Big Brother went to public schools and then got a job with big government. Hat tip to the porcine prophesy.  The only difference between Orwell’s day and ours is that pigs are out and rodents are in.

G. Murphy Donovan is a former deep state Intelligence officer who now writes about the politics of national security.

G. Murphy Donovan is a regular contributor to our blog, The Iconoclast. To see all of his entries, please click here.