Self Help Poems 18A through 18E 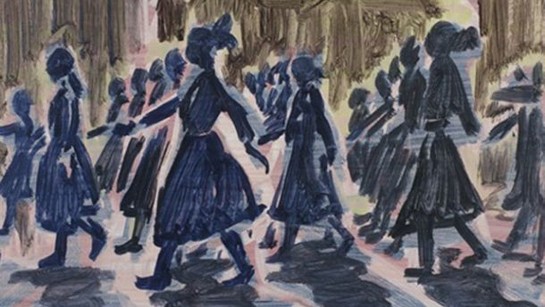 “Unlike reality, human knowledge comes with a popularity quotient.”

In my experience, Google search is much like dealing with an engineer.

You must already know the answer,

in order to frame the precise question,

the engineer will then give you the correct solution.

Otherwise, your resource will answer

whatever is the question

most popular with them.

in that it rarely goes off the beaten path.

The algorithm indexes the answers by popularity,

and as the popularity declines,

the integrity of the question deteriorates

and you get links to phrases within the question,

or the axle breaking

once you’ve gone too far off-road.

in that we must embed ourselves within the group

which will embrace the actual reality

in enough numbers so that

the algorithm can then link us to

back into the herd,

and will vanish minority opinion

through an algorithm which prioritizes by popularity.

Self Help Corollary Poem #18b

“Unlike reality, human knowledge comes with a popularity quotient.  And one’s singular experience must contest with a plurality.”

Experience can scatter the energies,

be un-focused and time consuming,

so that the best competitors often

let another do the due diligence,

measure how their lives perform

(be a hard-nosed businessperson about this)

and go from there.

can be greatly augmented

and maximized by following

the opinion leaders; the trend setters!

The task is simple.

Pick the success you wish to emulate.

You are now functionally knowledgeable as them,

and will know all that it is prudent to know

to circulate among the educated elite.

a lot of what you discover to be true

has a negligible audience and shouldn’t be shared,

lest you appear the fool.

Deplorables, How They Occur, and How They are to be Dealt With

“Unlike reality, human knowledge comes with a popularity quotient.  And one’s singular experience must compete with the plurality for existence.”

that our knowledge of most everything

including, incidentally, your sex,

—to which you may cling tenaciously—

is, after all, largely a matter

of a political power construct

if while enamored of your genitals and your life’s experience,

your opinion wanders outside of the current view

—kept alive in a solution of blog posts and unpublished screeds—

the smart opinion will be that you are

a fool, or contemptible—probably both.

if the reasoned argument, logical prerogatives,

or the established scientific findings of your betters makes no impression,

how are they otherwise to manage your affairs?

So Even Be Careful Where You Look or What You Watch

Once an opinion has been voted in as knowledge,

it is placed into life support on a library shelf,

while its notions are moved into the Canon,

where its appearance is kept dusted and polished

by the pedants and given the deference from usurpers

that a smug butler traditionally provides.

And these provide the pillars of our somewhat stable

But everyone reacts to a crisis

simply by turning towards or turning away.

And all of these attentions

embellish it with audience

which grant it a truth

which if persistent becomes knowledge,

even if, in truth,

The Emperor Wears No Clothes.

So by contributing to innumerable audiences,

we create so much more knowledge than we might ever be aware,

or dumping chemicals to leech into the ground water

just for a hypothetical:

An audience, such as I was a pair of eyes in,

causing the overthrow of the government

of Bolivia, for all I know.

When you tell someone something they long to hear,

how long will they long to hear it?

to want something new,

which is just as we know and prefer now.

Otherwise, why wouldn’t we buy it?

Which is called ‘acquired taste’

and the trick is to transfer it.

So be alert to what currently

has the affinity of the old,

until the emancipation of our forefathers is turned completely ass backwards

and we’re sniffing its rear as the rarest of confections,

but still that good old Red, White and Blue