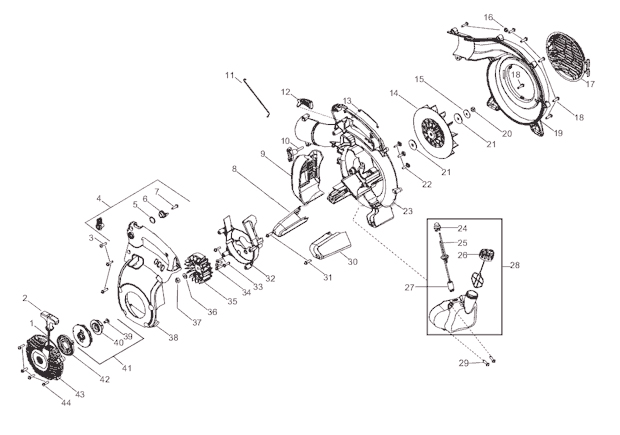 How to Troubleshoot a Husqvarna 125B Leaf Blower

with no oomph at all. A real lame performance.

I’d figured it could be the plug,

but the best guess, after Googling,

was a bit of crap in the fuel filter or varnish in the carburetor.

A vendor over the phone said he couldn’t see

as running some cleaner through the carburetor

would work. “Mark, that’s not a brand we carry,” he stipulated.

I’d used was too high, I might have fouled the spark and recommended

a small appliance repair nearby.

But instead, I let it sit believing,

—as I’d told my wife on all too numerous,

—that mechanical, as well as

personal problems, need their space! That is,

their time alone to chill and sort things out.

So I reclined upon the sofa. And, bless me, I was right!

Squirrels, twigs, leaves, walnuts and finally the spouse, all scattered.

There is no great lesson here about life,

or about the Husqvarna 125B leaf blower,

except to note that things well designed

and in good working arrangement, basically,

will still require some maintenance

from time to time. That’s how it is. 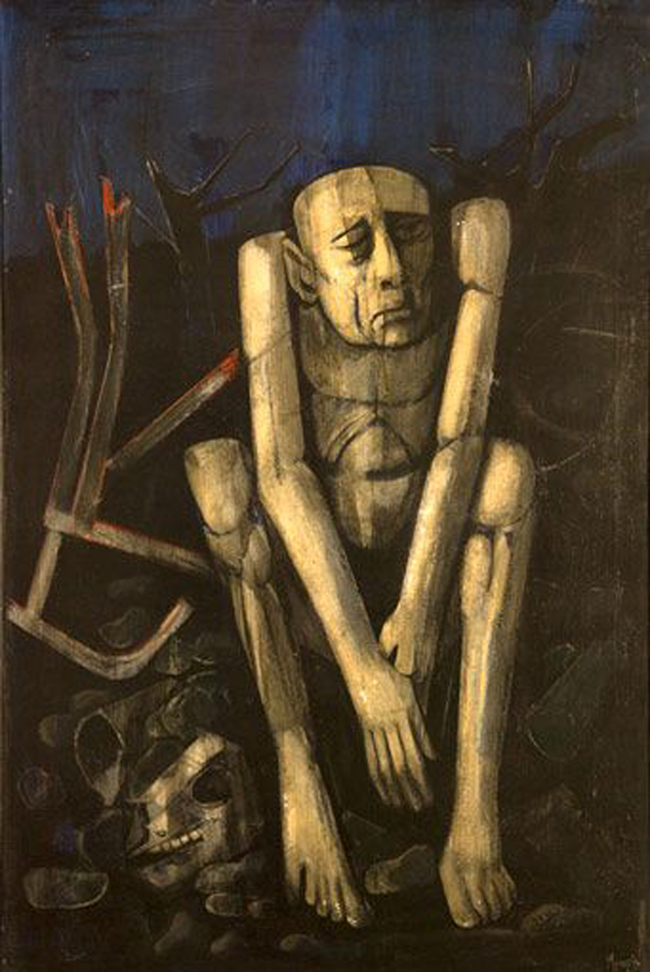 God answered that He did

A child runs out before an oncoming truck.

What makes more sense? That the child’s death

is part of the Immense Unknowable Plan of God?

Or that, the child hadn’t understood the danger

of darting out into traffic, heedless?

Now Job was a God fearing fellow, but

(So don’t get defensive.)

We all have our pressing needs, which tend

to be both infantile and egocentric,

especially when it comes to bursting boils.

to moralize from our existence, repeating

the time worn mistake of presuming the sun

to orbit the earth.

assume a God, Who orbits their petty needs

But it simply isn’t so – as the Old Testament struggled to convey!

How could God—or life—make this more plain?

The Greeks solved this mess by inventing

the Sin of Ignorance, teaching that bad things happened

to good people because they didn’t know better.

(Forehead slap!) How did we lose this wisdom?

Let me suggest it in one word: Sales.

a better pitch, a softer sell.

So He sent us Jesus, as his envoy

—an only child, by the way— 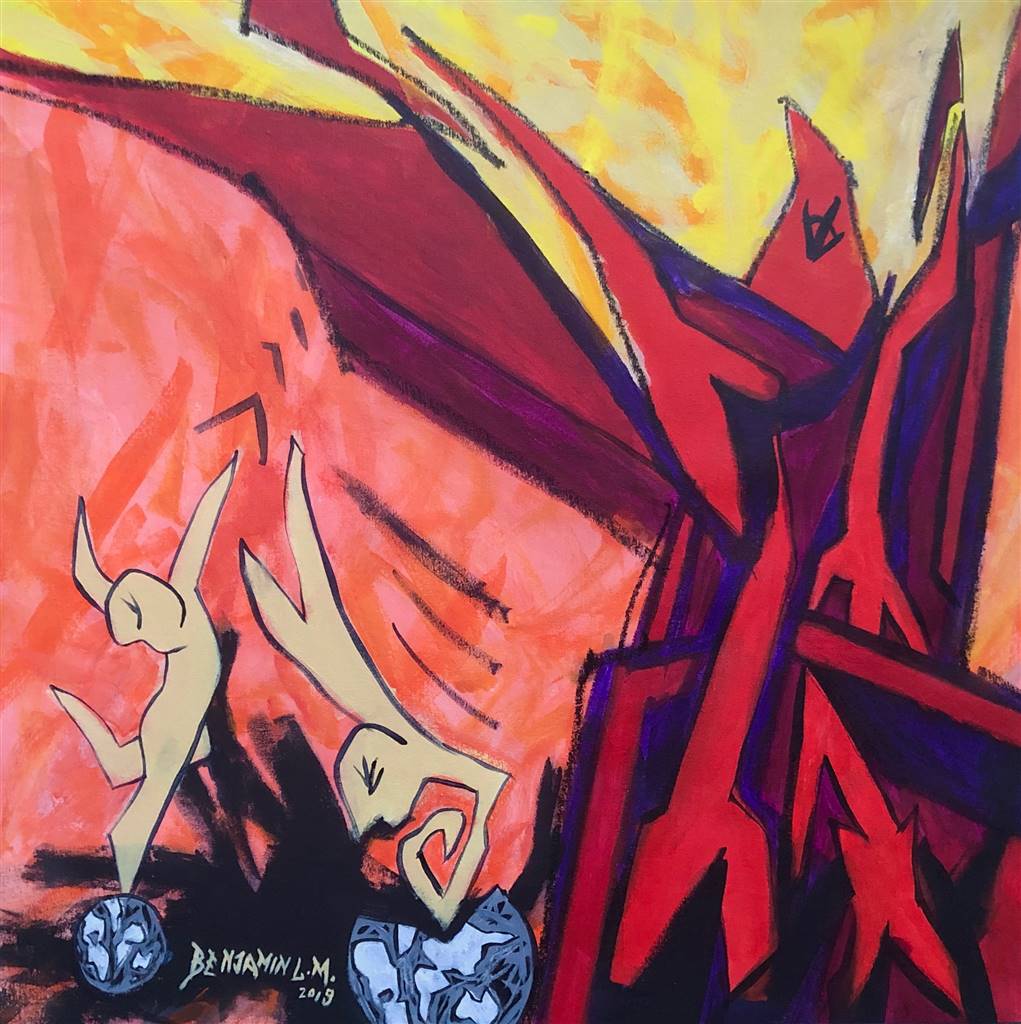 Above the Human Condition, All is Right, Benjamin L.M., 2019

There is just a lot expected of our

reptilian nature, which is hard to train.

There are a lot of correct emotions a person

is expected to have and to display appropriately

on occasion. To wit, often newborns

are ugly as a dropped pie, but

“what a lovely baby” it is!

So it can be from this to that,

for the poor pre-lapidarian emotion,

Sex is healthy, unless between people

of unacceptable age differences, or kinships,

at which point, it’s unthinkable!

And while it’s okay not to love your dog or cat,

if it must come to that—

there are some repellent people you must never snarl at,

who would have you for breakfast

and then belch out your hairball.

Generally people of a darker color

must be treated so properly and so gingerly that,

I would never write of them actually, or fictionally.

It would be like letting in the police without a warrant.

Why, they might be sure to find something or plant it.

So far, there is just not enough trust here, in the community.