Talons in the Heart 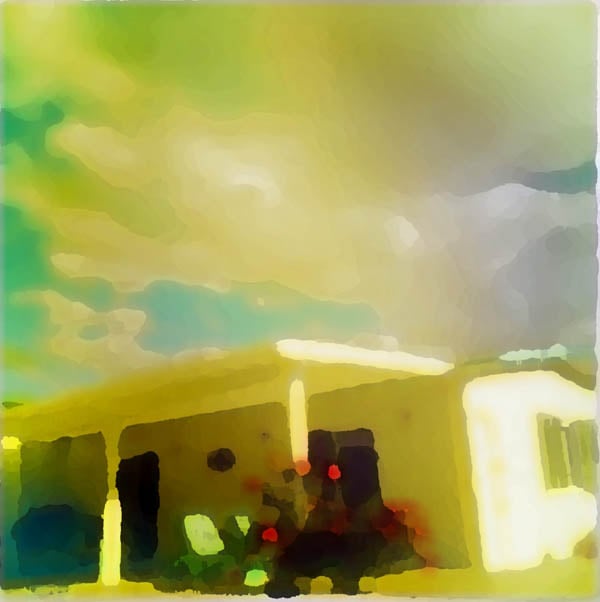 The world shrieks and sinks talons into our hearts. This we call memory.
—Tim O’Brien

y parents moved to the high desert country of New Mexico in 1970. I was seven. My brother Alex was one. My parents were hippies, or rather a cliché of hippiedom. The VW van, the long hair, the marijuana, the hashish; peace, love, brotherhood; the whole thing, right down to their painful, and short-lived, attempt to grow vegetables in our back yard, which was basically sand. My father, who had a college degree, thought that working for the man (really his words) was a sellout. He tried making furniture, and when that didn’t work, joined up with a guy named Buck who lived alone nearby to start a fence-mending and fence-building business. Fences were bad things in hippie culture, as was property and money, but I knew even at seven that food and rent money did not fall from the sky, and my father obviously knew this too.
I was home schooled, which consisted of my mother handing me alphabet and numbers books and then, after trying to make bread, and sometimes succeeding, getting on the phone with her friends back east and telling them how far out New Mexico was. At which point I put my books aside and went out to roam, each day widening my reach so that eventually I could go ten or fifteen miles in any direction and be back for supper. I especially liked box canyons for their coolness and secret hiding places, and mesas, where I would sit and watch the desert shimmering below.
When we moved into the house, I found a Polaroid camera and a packet of film in a dresser in my room. I took a couple of pictures of our new home and a few on my excursions. The last one was of my mother, my father and Buck playing Frisbee in the front yard. I loved the instant gratification of seeing the picture appear within seconds after taking it. My mother promised to get me more film the next time she went into Farmington, about forty miles away, but that never happened.
One day I got home ahead of a thunderstorm and saw Buck’s truck in our front yard. He and my father were supposed to be up in the four corners putting up fencing on a big ranch. Inside, my parents’ bedroom door was closed. Alex was in his playpen in a corner of the living room. I made myself a peanut butter sandwich and sat at the kitchen table to eat it. Outside big plops of rain were starting to hit the ground. I knew something was wrong and was about to get up to knock on my mother’s door, when my father burst in, soaking wet and looking, with his long black hair and slitted eyes, like a crazy person. He went right into the bedroom.
Shouting and screaming ensued, and then the three of them stumbled into the living room, my mother naked with a blanket over her shoulders. My father jumped on Buck and they wrestled on the floor, with my mother trying to separate them, her blanket falling off. Then the gunshot, and the silence. I had my hand up, palm forward, as if trying to get them to stop. When I put it down, they noticed me for the first time. I was looking over at the playpen where Alex was on his back.
They told the ambulance guys and later the sheriff that it was an accident. Buck had left the safety off on his gun and was simply handing it to my father. They had come back early from the four corners because of the bad weather. My mother, dressed and composed, her bed neatly made, was white as a ghost. I told them I was in my room and hadn’t seen anything. What could the sheriff do? Nothing. It was an accident.
We packed up and left a few weeks later, my mother and I to California, my father back to New Jersey.
The Polaroids I took during our brief stay in New Mexico are faded now to white. Not so my memories. They are sharp and clear. Of Alex in his playpen, of my parents telling me to lie, of my father driving away. Of the talons sunk into my heart that day in 1970.


________________________________
James LePore practiced law for twenty-plus years, then turned to writing fiction and taking pictures full time in 1999. In 2009, his first novel, A World I Never Made, was published by The Story Plant. Four others, in what LePore calls The Invictus Cycle followed. He has written a book of short stories called Anyone Can Die, a volume of flash fiction (Blood, Light and Time) that evolved from a series of blog posts, and three historical novels with the screenwriter Carlos Davis, featuring J.R.R. Tolkien and Ian Fleming in WW2 espionage adventures. His most recent books are the novellas Breathe in Grace and Eyes of a Wolf. His website is here.