The Day of Five Suns 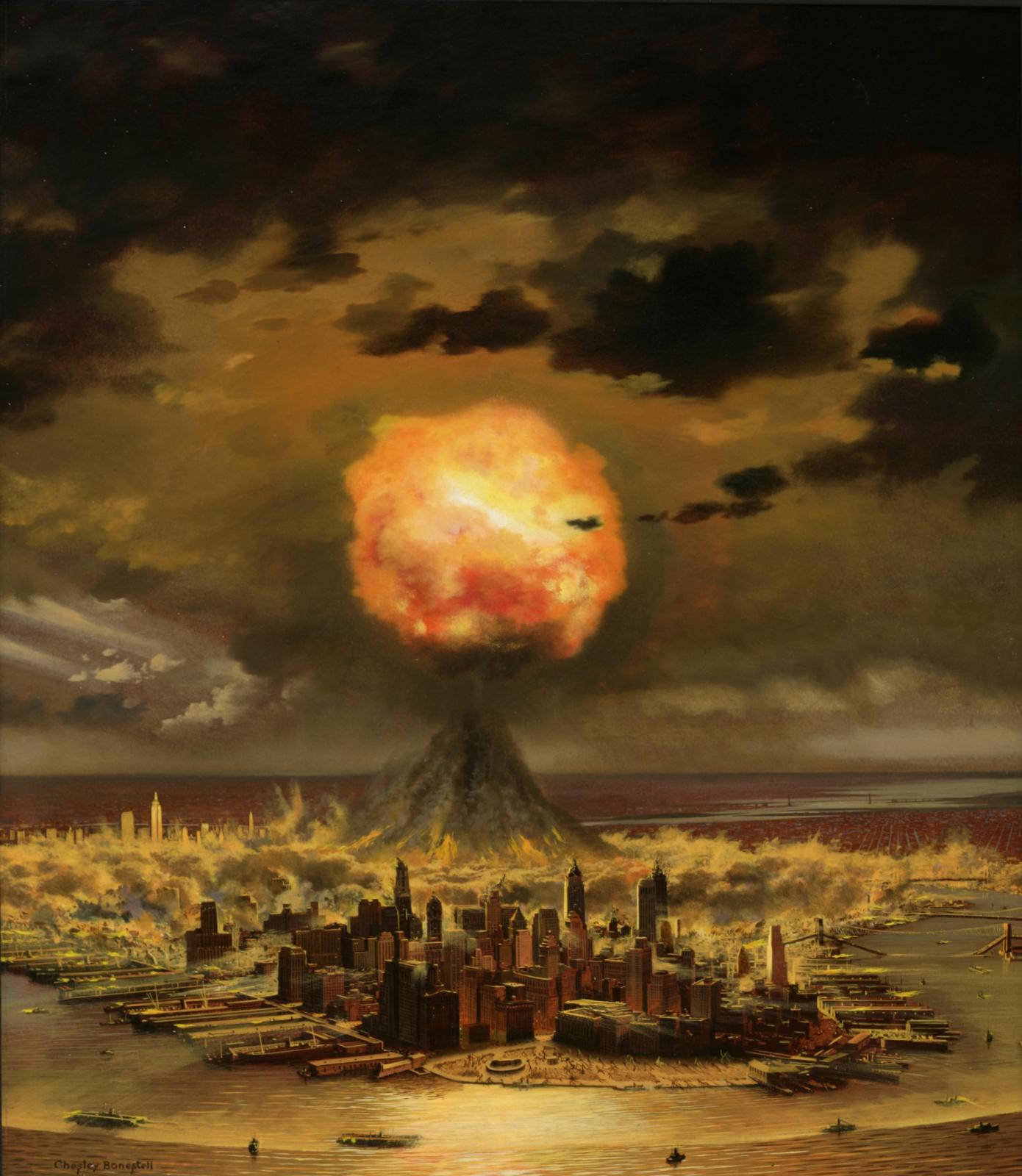 Gerald took the day off from his job in Palo Alto for an early morning trip to the Bay Area. Seated on a bench in Battery East Park, away from the tourist crowd, he leaned back to take in the always stunning view of his favorite place on Earth.

A gentle, southerly breeze chased away the last trace of nighttime fog, so that particular day dawned springtime bright and clear. The azure bay wore like a crown the magnificent Golden Gate arching over it. Sailboats skimmed and darted with effortless touch while large no-nonsense working ships plodded solemnly about their business.

After a few minutes, Gerald sat bolt upright. “It’s going to hit.” Starting on its way back to Asia, the largest of the container ships, empty and high in the water, appeared far too tall for its radar mast to pass under the bridge. Gerald held his breath until the goliath slipped safely under and away—with less than three feet to spare. “You made it, big guy. I never should have doubted.”

“That’s the ‘Xunjie Lóng,’ bound for Taipei with a crew of twenty-six,” came a woman’s voice from beside the bench. Gerald turned to see her standing there, about his mid-30 age, long black hair, brown eyes, her face a pleasing blend of European and Asian. “Oh, please forgive me,” she hurried to add. “I didn’t mean to intrude; it’s just that I’m as fascinated by the ship as you are.”

He shrugged the apology away with a smile that was genuine and inviting.

“Nothing to forgive; it’s good to meet another ship lover. I’m curious though—how do you know so much about that one?”

“I was sent here to record certain details about this time and place. I’m a research historian.”

Gerald gave a thought-frown. “You lost me. Why would a historian gather information about the present? Seems like you would be digging through old records of ancient cities somewhere.”

“Things are not always as they seem.” She paused for a moment then shook her head. “That was a poor answer. May I share your bench? I can explain, since you asked. But first, I’d like to ask you a few questions of my own.”

Gerald nodded agreement as he scooted over for her. “Call me Jerry.”

“I’m Li.” She took the seat offered and began. “You were concerned that the ship would hit the bridge, but when it cleared you said ‘I never should have doubted’. Why should you not have doubted?”

“Things today are well planned. The ship’s designers would never have a radar mast high enough to hit that well-known bridge. Mistakes like that don’t happen.”

“Why do you have such confidence in authority?” she asked. “Haven’t you been listening to the news of the past few days?”

“Some. The big news is that China and the US are arguing over a few small islands in the South China Sea and they’re getting pretty loud about it. I’ve been too busy at work to keep up with the details.”

Li raised an eyebrow. “Both China and your country have nuclear weapons. Both put a great deal of importance on pride and not backing down. Today, the language of each to the other is most belligerent. Why doesn’t this worry you?”

He didn’t hesitate. “This latest push and shove will blow over like always. Both sides are rational; neither will do anything stupid. Each side will claim some face-saving victory and things will go on as usual.”

“Even rational people can make mistakes, Jerry.” Li looked away to hide her forming tears. “In my work, I have learned that most wars start by miscalculation of some sort.”

“And most things that people worry about never happen at all,” countered Gerald, with confidence.

She wiped away the tears before turning to face him. “You asked why a historian would be gathering information about the present. There’s no harm in telling you, and I think you deserve the truth.” She took a deep breath and continued. “Your present is my ancient history. I’ve come from the year 3878 by your calendar. So, yes, I have been digging through what to me are old records of an ancient city. In a few moments, I’ll be called back to Xin-Chicago in my home-time.”

Gerald’s puzzled look faded as he sensed a joke and then laughed. “The guys from the office sent you, didn’t they? They knew I’d be here and cooked this up. You’re good, Li, or whatever your name is, but tell them I didn’t fall for it.”

He stood; his smile broad. “Oh, no? Time travel is impossible. And if it were possible, there’s a thing called the ‘Butterfly Effect’, where making a small change in the past, like accidentally killing a butterfly, could result in unpredictable—possibly catastrophic—changes to the future. So nobody from the future would be allowed to go back in time and risk altering things, even if it could be done.”

She stood, too, hugged him, then backed away, her eyes the saddest Gerald would ever see. “There is a way to visit the past. I’ve spoken to people in Pompeii right before the eruption. Our team went to Hiroshima ground-zero moments before the blast and to Atlantis before the earthquake hurled it into the sea. Mount Tambora. Dresden. We’ve gone to many other places and times like those, chosen right before a disaster. Any changes we make don’t last long enough to affect the future.”

Gerald watched in astonishment as the impossible happened before his eyes—Li began to fade away, returning to her own time. “I’m sorry, Jerry. Goodbye.”

She was completely gone when emergency sirens started to wail over in the city followed by one nearby in the park.

A few seconds later, a nuclear warhead with the equivalent power of ten-million tons of TNT detonated above San Francisco. It was, for an instant, several times hotter and brighter than the surface of the sun, incinerating Gerald, the bridge, and the city.

A total of four Pacific Rim cities died in sun-hot blasts that day before the brief, devastating First Nuclear War was brought to a halt. Future historians would call it “The Day of Five Suns”.