The Difficulty of Sponsoring Yazidi Refugees 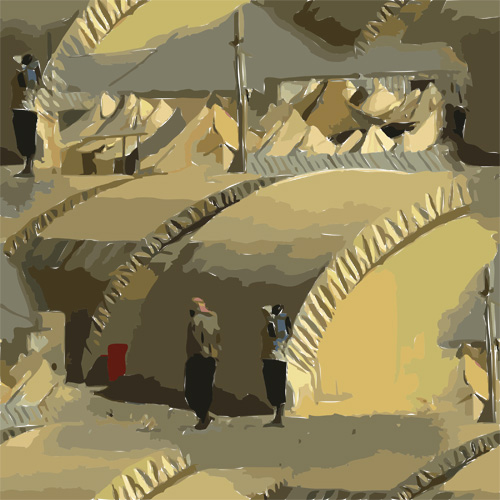 Last October, the Canadian government declared that the Yazidi, the indigenous people of northern Iraq, are experiencing genocide at the hands of the Islamic State. Less well known is that according to Yazidi tradition this is the 74th genocide that they have suffered and their numbers in the world have now diminished to just more than a million, many of them dispersed around the world, as the ethnic cleansing from their homeland continues.

The new Liberal government made it part of their electoral platform to bring in 40,000 Syrian refugees, and they did so in a very short time. This year they are bringing in 1200 victims of ISIS of which the majority will be Yazidi. If we do our moral arithmetic, we must conclude that a genocide is a greater tragedy than a civil war, and it would be reasonable to expect that the Canadian government is committed to quickly bring another 39,000 Yazidi refugees to Canada. It should also use her boots on the ground in northern Iraq to protect them in their ancestral homeland in Kurdistan. But this is not yet the case.

For those who believe the Yazidi of Iraq are experiencing something akin to what the Jews of Germany experienced under the Nazis in the late 1930s and would like to sponsor a Yazidi family to come to our shores, the hurdles are quite substantial, for the government calls this “private sponsorship of refugees” and it is a costly, bureaucratic and time consuming effort.

To sponsor one Yazidi family of six, you need to raise about $35,000. Yazidi families are larger than the average Canadian family and each child over the age of 18 years cost $12,500. In addition, fragmented families have been banding together in refugee camps—many of them adults—and so the definition of a surviving Yazidi family is often quite different from the typical two adults and four children. A group of seven, or nine, or even twelve people can cost up to $100,000 or more. The whole amount needs to be raised before refugees are even considered to be allowed into the country. Then you have to find a SAH.

A SAH is an acronym for Sponsorship Agreement Holder, a federally licensed body that processes refugees. Each SAH has different requirements and there are scores of forms that have to be filled in, with information obtained from the refugees who are either in hiding outside of Iraq or, who are subsisting in refugee camps in Turkey and Jordan. It is usually necessary to hire a consultant to ensure compliance because even the smallest error in filling out these forms invites rejection. When your prospective refugees are being interviewed by the Canadian government representatives abroad, there has to be a perfect match between their written narratives and their spoken narratives or that could also invite rejection. Copies of passports, resident permits, UNHCR registration, passport photos, and declarations of any belongings or funds that they may have managed to spirit out of Iraq as they ran for their lives . . . sometimes in their pyjamas and barefoot . . .must be made available and sent electronically. And, you must be in constant contact with your clients abroad, so that they know you and eventually get to communicate with their adoption committee before arrival.

Finally, you need to find volunteer committees who will help raise funds, adopt them and steward them during their first two years in Canada until they are self-sufficient. This is a lot of work and as the Yazidis here and many volunteers, are working people, much of this work must be done on week nights and evenings. The adoption committees and their NGOs that work with them take on all liabilities in case anything goes wrong.

This is complicated by the fact that our government only allows a certain amount of refugees into the country each year, and they divvy up those spaces among the various SAHs. These SAHs then designate places for people from various parts of the world. The “cap” on refugees fluctuates and this year the Canadian government has lowered it substantially which means that, during the next 12 months, our Project Abraham which focuses on the Yazidi genocide, may only be allowed to sponsor one or two Yazidi families. Ideally, the government should be dealing with the victims of genocide as a separate category from other refugees. This is unfortunately not yet the case.

Many Yazidi abroad are in hiding, or living in fear in the UNHCR camps. Since camps are located within Muslim majority countries outside of Iraq, the Yazidi are often treated by UN employees with the same anti-Yazidi prejudices that they have experienced in Iraq and Syria. A telltale sign of this institutional discrimination is that, when a Yazidi registers with the UNHCR, they are given a letter giving them refugee status and the time for their next appointment. We have seen letters which ask Yazidi to show up for interviews in 2027. Due to the inherent dangers of the camps, the Yazidis who are in hiding in cities in Turkey don’t dare reveal their identity. In Turkey, they can never become citizens, they can’t work, their children can’t go to school, and they can’t get medical help if needed. They are kept alive by money sent to them by surviving Yazidi family members from abroad.

Our project, the Mozuud Freedom Foundation, and others like it, are willing to do the hard work to sponsor Yazidi refugees but the government must do its part. Either bring in another 39,000 Yazidi as they did with the Syrians or give NGOs the funds to sponsor them. We will do all the work and thus we will be saving the government, and our fellow tax payers, a lot of time and effort in the process. We hope someone in Ottawa is listening. If they are not and someone in the US government makes Yazidi refugees a priority, then for sure the Canadian government will have to listen.

___________________________
Geoffrey Clarfield is an anthropologist at large. He is the Co Founder of Project Abraham, an interfaith initiative dedicated to helping the Yazidi people who are suffering genocide at the hands of ISIL. For more information on Project Abraham please go to: https://gogetfunding.com/save-yazidis-from-genocide/

interesting and original articles such as this one, please click here.

If you have enjoyed this article and would like to read more by Geoffrey Clarfield, please click here.

Geoffrey Clarfield is a regular contributor to our community blog, The Iconoclast. Please click here to view all his entries on which comments are welcome.