The Elephant in Canada’s Press Room 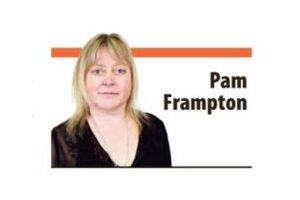 The following counter op-ed (letter to the editor) was initially sent to The Telegram, Newfoundland’s daily newspaper, which chose NOT to publish it.  The essay questions and challenges Saltwire Network “Outside Opinions Editor” Pamela Frampton’s “‘Enemies of the people’ — the media under ire.” Saltwire is the corporate entity that owns and controls 23 daily and weekly newspapers in Atlantic Canada, including The Telegram.

Frampton, in her op-ed, does not mention why so many people distrust journalists today.  In the US, where I live, trust in the media is at an all-time low.  Clearly, in Canada, the negative reactions of trucker protesters regarding the media, as cited in Frampton’s op-ed, also indicate a low point in media trust.  As for me, I have NOT shouted any expletives at journalists like, according to Frampton, some of the truckers had done.  All those who distrust the media do NOT do that.  However, I have openly criticized journalists over the years, in writing and cartooning, especially for their refusal to cover certain stories and to respond to criticism with their regard (see caveat below).

Like politicians, journalists tend to dwell in safe spaces.  Common citizens like me rarely can ever pierce their buffered cocoons. Would “reporters and videojournalists have been harassed and spat upon” in Ottawa, if they had a reputation of being neutral, as opposed to one of collusion with government and corporations?  How does government funding of the media affect the treatment of the Trudeau government by journalists (see torontosun.com/opinion/columnists/lilley-cbc-will-get-more-of-your-money-mostly-because-it-serves-trudeau-liberals)?  How does the corporatization of the media affect the treatment of media corporations by journalists?  Do those at The Telegram, for example, dare criticize Saltwire Network?  Or is the latter somehow without fault?  The more taboos journalists possess, the less trust they will have.

Frampton argues that “most professional journalists in Canada work ethically and with diligence to try to inform their fellow citizens, and that media freedom is fundamental to democracy.”  The problem is that “professional” tends to be a euphemism for careerist.  Careerists tend to place their careers above truth… and ethics.  As a former professor, I certainly learned that regarding academic careerists.  Journalists, especially those in relatively safe countries, should stop playing the victim card and, instead, confront their taboos, which inevitably include ‘thou shalt not criticize the hands that feed.”  Then they need to break those taboos in the name of truth… and at clear risk to their careers.  Those not tied to the latter will think more clearly than those who are.

Frampton states that “members of the public need to educate themselves about legitimate sources of news and information, and media literary [sic] should be taught in schools.”  The problem today, however, is that many educators are not educating, but rather indoctrinating (e.g., CRT training).  And who is to decide which are “legitimate sources” and which are not?  Trudeau, his government bureaucrats, and favored media outlets cannot simply and broadly be deemed “legitimate sources”!  Was Pravda somehow a “legitimate source” in the former Soviet Union?

Frampton concludes, “in the absence of independent media and credible journalism, conspiracy theories and misinformation become the message.”  Too much subjectivity!  What constitutes “independent media”?  Corporate-controlled and government-funded media?  And what about maligned “conspiracy theories” that turn out to be true (e.g., Hillary Clinton’s spying on Trump) and the media’s refusal to cover them when that occurs?  Who determines what is “misinformation” and what is not?  Should “misinformation” be censored and those propagating it punished?  If so, does that sound like democracy, or rather like autocracy with a cadre of journalists of the Pravda variety?  Far too many journalists today choose to ignore these fundamental questions.  And so the elephant continues to sit in their press rooms staring at journalists, who do not/cannot see it…

Caveat:  As a common citizen, I have learned to distrust and dislike the media via personal experiences I’ve had with journalists and editors.  Note, however, that Frampton stands as an exception, for she has been surprisingly open to criticism, though, as mentioned, she did not address the criticism presented in this counter op-ed.  The norm tends to be silence.  Frampton has not followed that norm.  In Québec, I protested as one of 150 paid, invited poets at the Festival International de la Poésie de Trois-Rivières.  The journalists at Le Nouvelliste and Le Devoir refused to report on that.  Most of them simply did not respond.  However, journalist Louis Hamelin responded, though curtly:  “Fuck you, yankee” (see theamericandissident.org/quebec/le_devoir.html and theamericandissident.org/quebec/le_nouvelliste.html)!

In Concord (Massachusetts), I was arrested and incarcerated for a day due to a verbal conflict with a park ranger at Walden Pond State Reservation.  The journalists at The Concord Journal refused to report on that (see theamericandissident.org/orgs/concord_journal.html).

In Baton Rouge (Louisiana), I was beaten and robbed in broad daylight by three black youths.  At the time, I was teaching at an all-black university (Grambling State).  The journalists at The Advocate refused to report on that.

As a professor at Fitchburg State University (Massachusetts), I fought against institutional corruption (nepotism, harassment, and highly biased evaluations) and was suddenly banned from my office.  The journalists at The Boston Globe, Boston Herald, Sentinel & Enterprise, Fitchburg Sentinel, and Chronicle of Higher Education refused to publish anything with that regard.  The student journalists of the student newspaper, The Point, refused to report on it.

As a patron, I was permanently banned without warning or due process from my neighborhood library, Sturgis Library, for the crime of written criticism regarding its collection development statement.  The journalists at the Cape Cod Times and Boston Globe refused to report on that.  The professors at my alma mater, Northeastern University, School of Journalism refuse to expose their students to my diverse criticisms of journalists (see wwwtheamericandissidentorg.blogspot.com/search?q=northeastern).  And so, how can I possibly admire journalists, let alone trust them?

PrevNegative Action: The Moral Impossibility of Affirmative Action
The Return to Fresh HellNext