The Masada Mentality of Leftist Jews, Part One 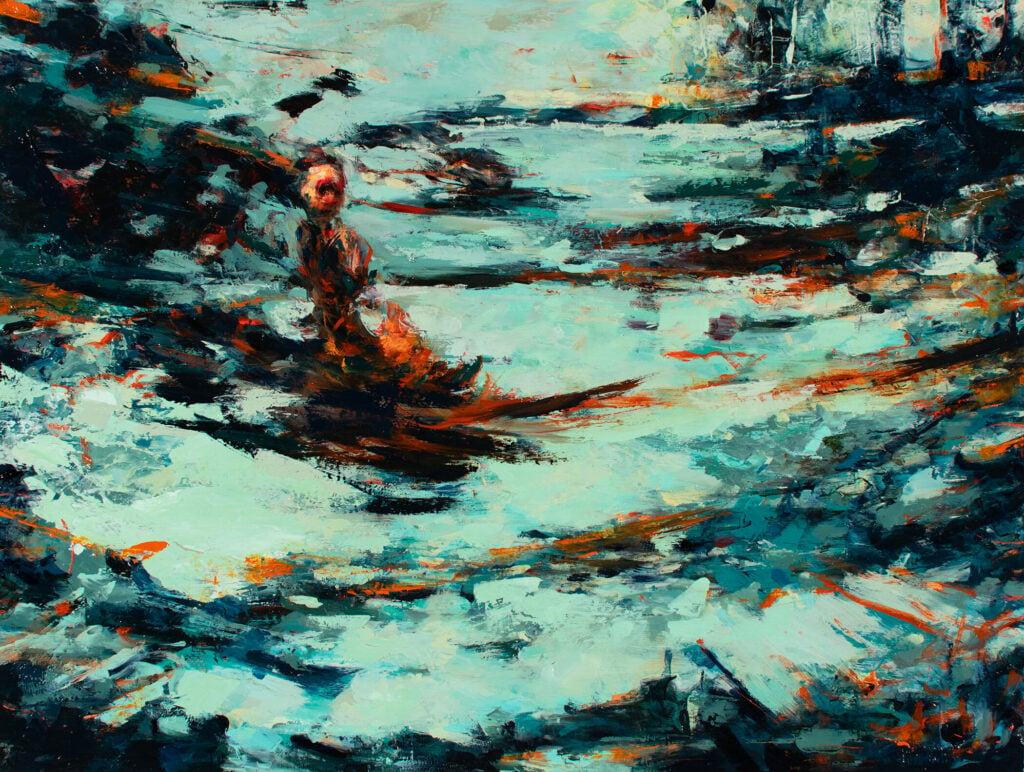 In God’s name, I beg of you to think! —Demosthenes

At this moment, there is a Democrat-sponsored resolution somewhere in Congress condemning Israel, introduced by Congresswoman Betty McCollum.

Times were, in America, when Gentiles were so intimidated that any remark uttered by them regarding Jews or Israel was viewed with suspicion if it did not portray them as either victims or as objects of admiration. In fact, things had gotten so extreme that a Gentile referring to someone as a Jew was seen as a Nazi. The correct way, it was unstated, was to say the person was Jew-ish. A statement in America that Jewishness was an ethnicity was met with angry accusations of anti-Semitism. Nowadays, of course, Jews proclaim that Jewishness is not just a religion, but an ethnicity as well. This parallels the schizoid attitude as to the concept of race, one day being a social construct, the next a physiological trait, depending on which way the ideological wind blows that day.

And even though Jews constituted a tiny minority of the American population, movies often dealt with topics that revolved around Jewish concerns—if not obsessions (Black Sunday, Exodus, Yentl, Schindler’s List, the Fixer, A Fiddler on the Roof, History of the World, just to name a few). Viewers of television programs would occasionally hear words like Hannukah, bar mitzvah, and Shabbat being bandied about when the Jewish characters on the screen would engage in collective self-praise. And they would also hear comments about Jews being so much smarter than the Goyim.

American citizens could criticize the actions of any country: France, Russia, Japan, India, Canada, Egypt, Brazil, South Africa, Vietnam, Venezuela, Mexico. But criticism of Israel was verboten. Practically illegal. No matter how mild—or how appropriate—was the criticism. Likewise, as someone pointed out years ago in The New York Times, Americans could criticize the American President, or the German Chancellor, the British Prime Minister, or the French President, but criticism of an Israeli Prime Minister was also verboten.

How times have changed!

Now, acts of anti-Semitism in America have become more frequent. These acts follow anti-Semitic atrocities occurring in Europe, a result of Muslim immigration, which is why Jews are leaving Europe in droves.

And it is Jews who are directly responsible. Particularly secular Jews.

Where to begin? Well, here is a sample:

The universities are patient zero when it comes to not only the cancerous growth of totalitarianism in society, but anti-Semitism as well. A large part of the anti-Semitism is due to the increase of Muslim students in colleges, but that is not the only reason. Regardless:

The City University of New York has been a hotbed of anti-Semitism, according to the American Center for Law And Justice (ACLJ). But it is not the only university infested with anti-Semitism, at times fostered by the universities’ thought police with their Diversity, Inclusion, Equity (DIE) slogans. In Vassar, a gay Jew from Tunisia advocating compromise with Palestinians was prevented from speaking. The chancellor and provost of Rutgers University apologized for issuing a statement denouncing the recent surge in anti-Semitic attacks because it upset the Palestinian community. University of Vermont had the most reported cases of anti-Semitism in 2021. As “part of the global struggle for social justice,” Harvard University has seen acts of anti-Semitism (Harvard is also famous for discriminating against Asians in applications). Aside from words, Jewish students are also targeted; in Indiana University, a group of Jewish students was physically attacked. Professor Jason Hill wrote an article supporting Israel, whereupon DePaul University administration went after him, spearheaded by Profs. Nila Ginger Hofman, Scott Paeth and Salma Ghanem; a group of students harassed him and he was ordered to undergo an indoctrination session by the university’s DIE thought police.

And here is a real gem: Elliot P. Douglas of the University of Florida wrote in the “journal” Understanding and Dismantling Privilege how much he has benefited from his White (and Jewish) Privilege. He bewails that the field requires students entering the field of engineering to be intelligent and proposes that stupid Students of Color (less than 3.0 GPA) be instead admitted, and intelligent students not be.

Something that comprises That Which Must Never Be Mentioned is the fact that during WWII, some Jews collaborated with the Nazis, helping them against other Jews, inside and outside the camps. Just look at George Soros, whose hatred of America equals his hatred of Israel. In fact, in reading Ryskind’s Hollywood Traitors, we find that when Hitler and Stalin became allies, the Jewish Communists in America would combat anyone who would denounce Hitler, who was, of course, butchering Jews in Europe. This included the overglorified Hollywood 10 (it is considered bad manners in some circles to bring this up).

One Jewish woman wrote swastikas at a bus stop. “This is my art, this is how I express myself. I don’t agree with Judaism and how the Jewish people are,” she said.

One would expect that out of simple self-preservation, out of sheer common sense, Jews of all persuasions would come together to fight off the dangers that are menacing them and would obviously not be supporting and aiding the enemies that want to destroy them and society, but that is not the case. The reason for this collaboration is ideological, i.e., fanaticism. Simply put, fanaticism makes people stupid. If you want proof that human beings are irrational to the point of being suicidal and stupid, just look at the voting patterns of Jews and blacks. But if you want further proof:

It would have been unimaginable at one time, but there are two openly anti-Semitic members of Congress (both Democrats), who often voice their hatred against Jews and/or Israel. When Representative Rashida Tlaib objected to restrictions on visiting Israel, she was supported by Jewish Voice for Peace (JVP), which openly supports BDS. And when Rep. Ilhan Omar called for a 2-State Solution in the area, comedian Sarah Silverman wholeheartedly supported the idea, not realizing that—whatever merits the original concept had—nowadays when Palestinians call for a 2-State Solution, it means that they would occupy above ground and Jews would occupy below ground. Geraldo Rivera, a Democrat minor celebrity (actually, a buffoon), supported Tlaib’s claim that the US was guilty of crimes against humanity by helping Israel.

Omar has often expressed her hatred of Jews and Israel, and the Democratic Party has never thought to condemn her or Tlaib’s comments, though one time some Democrat politicians objected to Omar’s claim that politicians owed allegiance to a foreign country, whereupon Tlaib claimed that their objections were due to “Islamophobia” (I have argued to be Islamophobic is a rational decision).

Even mild criticism of Omar by a journalist can have negative repercussions.

But here is where it gets more bizarre. When President Trump denounced Ilhan Omar’s anti-Semitism, the Democrats sponsored a resolution condemning President Trump’s remark. Rabbi Aryeh Spero bemoaned the fact that Jews supported the resolution; criticism of Trump for his comments came from several prominent Jews, including Jonathan Greenblatt of the ADL and Rabbis Rick Jacobs Yaakov Menken. On top of that, both women have advocated the dismantling of the capitalist system and predicted that America will not be a country of white people and that police in Minnesota should be abolished.

But enough of those two.

The present Democrat administration is going out of its way to promote anti-Semitism. Apparently, many Jews seem to be OK with that. So it comes as no surprise that half of the donations that go to the Democratic Party comes from Jews. Like crack addicts, they cannot do otherwise. Rabbi Aryeh Spero: “They will never repudiate the Democrat party, which is the sponsor and home of the intersectionality thesis they support and adore. It is more important to them than any other cause—even Jewish survival or Israel.” Note that the warning that the Democrat party is steeped in anti-Semitism has been sounded for a decade yet has not moved support for the party (remember that Richard Nixon saved Israel during the Yom Kippur War and was rewarded by leftist Jews with constant vituperation, and calls for impeachment and arrest).

The Anti-Defamation League was originally set up to fight anti-Semitism. However, as some Jews have pointed out, it now enables anti-Semitism and attacks Donald Trump and any others who oppose Muslims’ jihad, as well as any Jew who calls out the ADL’s moral collapse. There are other national groups that are equally guilty, according to some Jews, such as the National Council of Jewish Women, the American Jewish Congress, Massachusetts Board of Rabbis (MBR), the Jewish Democratic Council of America, and the Union for Reform Judaism and the Jewish Community Relations Council.

But it is not just ADL, JVP, etc. The same fanatical blindness, coupled with an obsessive hatred of Trump, can be found in even some local synagogues which, again, several Jews have pointed out. When Trump initially put a moratorium on the importation of Muslims into America in order to weed out potential Jihadists, a thousand Jewish rabbis signed a petition supporting increased Muslim immigration to America and almost every Jewish organization condemned Trump’s action. Needless to say that they all felt morally superior in doing so. Incidentally, during Trump’s Administration, the number of terrorist attacks by Muslims plummeted to near zero.

Many non-leftist Jews have noticed this debacle. “Sadly, we the Jewish people are complicit in our own victimhood, making excuses for and throwing in our lot with the Democratic half of the political system, whose members proudly parade Muslim congresswomen espousing anti-Semitic poison disguised as progressivism.” And any Jew who voices his support of the Republican Party, or of Trump, or is against Muslim immigration, will find himself/herself the target of insults and ostracism by other Jews. One woman documented being ostracized, insulted and censured by her former friends who—naturally—claimed to be “inclusive” and “tolerant.” When BLM vandalized synagogues, many Jews and synagogues continued to support and promote the Marxist BLM.

Along these lines, a fourth-rate Hollywood celebrity proclaimed in his infinite wisdom that any of his fellow Jews who support Trump were Nazis; this slander was echoed by one S.I. Rosenbaum in the Boston Globe. Incidentally, Russian and Ukrainian Jews now living in America and experienced firsthand the horror of Communism seem to be immune to this suicidal Masada trend.

And what of the violence against Jews, most of them carried out by blacks? “Yet when it comes to defending American Jews against the spiraling epidemic of physically violent anti-Semitic attacks, there is a deafening silence.  Jewish organizations that were built for the precise purpose of navigating times like these are to a large extent inadequate, unresponsive, and restrained….”

But while many Jews realize that leftist Jews are working towards their overall demise, the latter are never confronted by the former. They just continue to be polite.