The Music We Love is Our Confession 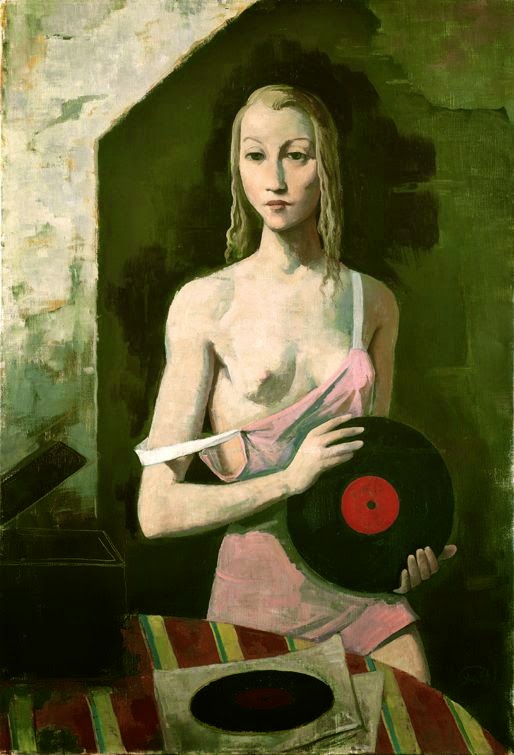 Composition is the act of organizing sound.
—Frank Zappa

Among the many mysteries immanent in music, I never cease to be amazed by the fact that a simple line of melody (it could be a Beatle tune or Cole Porter standard) will attract, let’s say, a million listeners. Change but two of the notes and 10% of the original listeners will lose interest while 10% of previously unmoved listeners will suddenly like it. Change half the notes and an entire culture might drop it while another picks it up.

Or how is it that music that once moved us, falls flat six months later? And how do we come to gradually—or overnight—love a genre of music that for years we didn’t give night and day to? Since in each of these latter cases the music remains the same, we are the variable: older, wiser, dumber, jaded, jilted, in love, out of love, alone again. The persistent mono-tonality found in Rap and Hip-hop and their progeny might be the reason we quickly lose interest in them, or in any routine that doesn’t vary. But there is some music from which we never tire, that is so rich and nuanced and renewable it never fails to resonate no matter how much we change during the course of our lives.

What is surely noteworthy is the music that moves us when we’re 25 and continues to move us when we’re 50— (something we, in our manifest wisdom, dare not ask of our spouses). This is not to be confused with a nostalgia for a particular past, which includes the music of that past. As creatures of habit, we often default to the music we like and feel comfortable with. Which is why we are often uncomfortable or unreceptive to new genres of music, or established genres we’re not familiar with.

Could it be that the music we’re convinced we don’t like is simply a language we don’t understand? If I don’t know the experience of loss or alienation, despair or rejection, how can I relate to their musical counterparts? When I hear someone recite a Chinese love poem I would never say I like it or don’t like it, because I don’t speak Chinese. There was a fateful day when I had to admit to myself that the opera I thought I hated was simply a language I didn’t understand. It was only then that I was able to open that door and learn to meet what was there on its own terms. “Humility is short-lived and must be born again in anguish,” writes Patrick White.

The music that we let in, or can’t keep out, is the music that finds us in the truth of who we are: unmasked, unedited. We all have emotional needs which we seek to satisfy, the realization of which confers pleasure. Left unfulfilled, an existential void develops into which music moves or moves us towards the music that answers to our emotional deficits: if I am alone, confused, angry, misunderstood, I will unconsciously seek out the sympathetic musical equivalent.

Adolescence is an emotionally turbulent stage of life and is why music is so important in young people’s lives, and is why adolescents can listen to a song over and over again, and then never again when their circumstance changes. A happily married family man at 35 is perforce on a more even emotional keel than when he was 15. His music preferences will reflect that. The sweet harmonies that I couldn’t get enough of at 15—the perfect antidote/anodyne to my disharmonious state—hold no interest today because my relationship with the world has changed. (I now listen to static, mono-tonal electrical impulses and Lobotamovich’s Symphony with Bulldozer and Orchestra).

Just as there is for every life occasion a friendly melody that is better than a best friend because it never lets us down, there isn’t a culture in the world that doesn’t have its own music. Seratonin levels in the brain are positively affected when we are enjoying our favourite songs. Could it be that the first truth of music is that it’s a cleverly concealed, all-purpose pharmaceutical masquerading as cultural artifact whose appreciation we are encouraged to cultivate? As a running commentary on its pleasurable effects as well as the times we live in, music has never been so widely available now that our once unwieldy stereo systems are no bigger than computer chips that accompany us wherever we go. It may have taken 2000 years and a revolution or two in high-tech, but music has finally overtaken religion as the number one religion: halo and hijab have been replaced by headphones.

But as happy as we are listening to our favourite music, we are less happy when we meet people who don’t share our music preferences. Why do we feel that if we like a particular music, everyone else should too, and when they don’t, we say they don’t get it? We can’t prove a particular song’s excellence because it’s not mathematics, but we passionately feel that it has merit or otherwise we wouldn’t like it, even though we may change our minds about it six months from now. Nonetheless, on a good day, when we’re thinking outside the box, we’ll concede that people who like music we don’t, feel as strongly about their preferences as we do about ours. Does that mean we’re back to the pleasure principle again, that people want to share their likes and dislikes because being in agreement is more pleasurable than disagreement?

Perhaps the only thing I can say with any conviction is that the category of music is much larger than the sum of its notes and notation, just as “three chords and the truth” isn’t so much a definition or defense of Country & Western music as an acknowledgement of its mystery. For when all is said and sung, there are more questions than answers, which is perhaps the best reason for the existence of music, because when we are listening to it we are pausing to re-tune and reconnect with our fugitive selves as we journey through life.