Things We Say But Don’t Mean 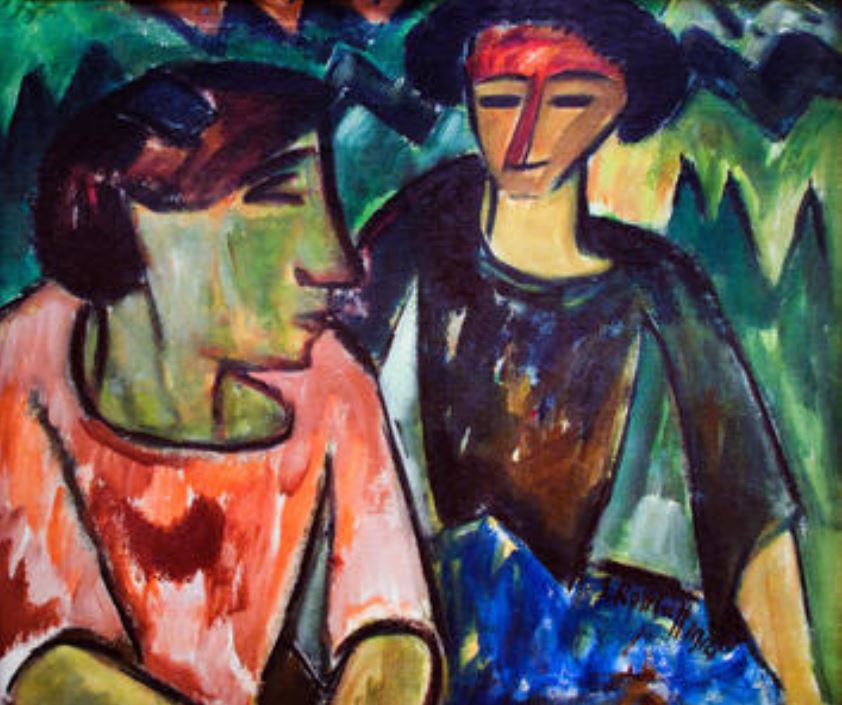 In everyday life, many of us say things that we don’t really mean in order to avoid causing offense. We also use words and phrases that are not accurate to their true meaning. Thus, by telling white lies or mangling the English language, we’re often economical with the truth for pragmatic reasons while engaging in social small-talk. So, with a spoonful of hyperbole and a pinch of humour, the following are some examples of what we say and what we mean.

When asked how are we feeling, we sometimes reply, “Fine,” when what we really mean is: “Terrible.” If someone asks us what he or she thought after hearing something ‘impressive’ we’ve said or done, we say “Quite interesting,” when we mean, “Dull and boring.” If we see a work of ‘art’ by a friend that looks awful, we might say, “It’s different,” but mean: “So is the Covid-19 lockdown.”

If we run into an old friend after many years, we might say: “You look great!” when what we really mean: “Oh, God, how you’ve aged. You look awful.”

As for job interviews: When interviewed by the HR queens of industry, as they ponder our resumes on key aspects of our strengths and weaknesses, we respond by making our shortcomings positive by saying that our greatest weakness is being a perfectionist. But what we secretly mean: “Being a physically lazy, untidy, procrastinating, boozing, snoring, self-absorbed normal person.”

Other work-place euphemistic words or phrases management use: “Have you considered early retirement?” They mean: “The sooner we kick you out of here, the better.” They say: “We might have to let some people go.” They mean: “You’re one of them.” They write in a job-rejection letter: “We regret to say . . . ” They mean: “Please get lost!”

Some publication editors often write: “Thank you for your recent submission. Our editors considered the piece with interest, but . . . ” They mean: “As cronyism and nepotism are endemic amongst our current stable of writers, we’re one big club and you ain’t in it.”

Also, in the corporate or scientific world, we say, “He’s an expert.” What he usually is, is anyone whose motives are political and financial, who wears a white lab coat but doesn’t have a PhD, has delusions of scientific grandeur, and has great influence in leftist social/political circles.

In the mainstream media, we call reporters and columnists ‘journalists.’ What we mean: De-facto press officers for the ruling class.

We say: “He’s a philanthropist.” What we mean: He’s a moneybags’ activist for leftist causes, who, in turn, is probably funded by someone else.

In the world of real estate: Agents often advertise property with the following sales pitch: “The house requires some small repairs but is a real bargain with potential and would suit a DIY enthusiast.” They mean: “The house, or what’s left of it, is prone to subsidence, needs 3,000 new bricks, re-wiring, a roof, new floorboards, and a visit from pest-control.”

In the PC maze of virtue-signalling pests: The Woke jihadis often call for equality. What they mean: “Equality for me but not for thee.” Likewise, ‘tolerance’: “For me.”

More: “You’re a fascist.” What the ‘anti-fascist’ unwittingly means: “I’m a fascist.” And when they say, “You’re a racist,” they mean: “I’m losing the argument because you’re confusing me with facts.” Also, the term ‘far-right’ is arguably one of the most corrupted words in recent times.

In The American Spectator magazine last February 1, Robert Stacy McCain wrote: “Getting labeled ‘far right’ is astonishingly easy in the Trump era, when Democrats and their media allies would have us believe that the White House is occupied by the reincarnation of Adolf Hitler and that the nearly 63 million Americans who elected him are ‘white nationalists’ or ‘alt-right’ or some other scary term . . . ”

When someone who remains silent when he sees corruption or a great lie being told but knows, by exposing it, his social standing is threatened, he says: “I’m just being prudent.” But what he really means: “I’m a moral coward.”

A politician will often say: “All my thoughts and prayers are with the [victim’s] family.” What she means: “All my thoughts are on the bottle of prosecco, which I’ll be un-corking later at wine-o’clock this evening before tucking into my lobster.” As for prayers: “I’m an atheist.”

Tabloid subeditors often write of sick babies struggling to stay alive as being ‘brave.’ But babies are too young to fully understand heroic virtue or practise it.

Also, in the media: Headlines and news hosts constantly gaslight us by saying: “Peaceful protests.” [when it’s government-approved]. What they mean but are refrained from saying: “Riots, looting and violence.”

The Government says: “Sexual liberation is good for you.” They mean: “Being addicted to sex while you’re unaware that all your rights are gradually being taken away from you when you’re preoccupied with sex, is very good for us.”

Sometimes we use words metaphorically and not in a literal sense: ‘If you do that once more, Junior, I’m going to murder you.’ ‘Come on, Rocky [boxing champ], kill him!’ “We say it every day. This doesn’t mean that we’re going to kill someone,” says Juror 8 in the courtroom-drama movie, Twelve Angry Men.

In another movie example, the classic Annie Hall by Woody Allen, the character Alvy Singer (Woody Allen) is talking to Annie (Diane Keaton) trying to seduce her but concealing the true meaning of his words, which come up truthfully translated on the screen as subtitles:

Alvy: (Talking about Annie’s photographs) “They’re wonderful, they have a quality.” (He means: “You are a great-looking girl.”)

Annie: Well, I would like to take a serious photography course.” (She means: “He probably thinks I’m a yo yo.”)

Alvy replies that photography is interesting. (He means: “I wonder what she looks like naked.”)

Regarding euphemisms: In the USA, people often ask: Where is the bathroom? What they mean: “Where is the toilet?” (In Edward Albee’s play, Who’s Afraid of Virginia Woolf, George asks his wife, Martha, to show the guest “where we keep the, er, euphemism [toilet].”)

A woke virtue-signaller says: “I felt so sad for her.” He/she means: “Look how wonderfully compassionate I am.”

You say after a first date: “You’re an amazing person, funny and kind, clever and intelligent, but I’m afraid I didn’t quite feel the spark of attraction, but I can see us remaining good friends.” You mean: “I find you physically unattractive and sexually repulsive.

You say: “We must meet for a coffee sometime.” You mean: “You’re the last person on earth that I’d meet up for coffee.”

You say before a speech: “This won’t take too long.” You subconsciously mean: “Be prepared to suffer through hours of gibberish tosh that’ll tempt you to commit hara-kiri or shoot me.”

But alas! There is a glimmer of hope for the truth in small-talk situations. One of my guilty pleasures is a shallow TV programme called First Dates. On this show, strangers looking for love meet up with each other in a restaurant and have a meal together. Here, the couples discuss things about their lives and past relationships or single existence.

Some of the honest things they divulge are better left unsaid. But in contemporary celeb-culture, it’s now popular and honourable to bear one’s soul and innermost thoughts on TV, thanks to the influence of the Oprah/Ellen daytime talk shows.

In one episode of First Dates, a middle-aged man told the woman he was having dinner with that he suffered from erectile dysfunction (what a great line to share on a first date!); while another man, during a different episode, confessed he was a recovering junkie. Both dates ended with the woman declining to see her date again.

As mentioned above, these revelations on a first date seem more to do with the recent celeb-culture of the public confessional, where personal honesty on TV is the best virtue-signalling policy. However, the contestants usually save the white lies for after the date when they have to reveal their true opinion on how they feel about the other person. It’s usually, “You’re a lovey person, but . . . ”

Indeed, ‘but’: The dreaded word introduced as an added statement usually to destroy the former: “I love your personality, but . . . ”.

But, if love affairs work out and the couples reach retirement age, they often say: “We’re enjoying our twilight years.” When they mean: “We’re enduring our arthritis era.” And if it doesn’t work out, she’ll say: “We need to talk.” What she means: “I’m leaving you.”

In terms of spiritual world views, some non-religious people say they believe in a “higher power.” They mean: “A kind of manmade designer god that fits my every degenerate passions; anything but the ‘Thou-shalt-not God’ of Christianity.” (A higher power can also mean the devil or nuclear fusion on the sun.)

In the Bible, Jesus said all you need to say is simply ‘Yes’ or ‘No’. Anything beyond this comes from the evil one (Matthew 5:37). What Jesus meant is be clear by what you say and not vague or ambiguous. He was referring to serious moral things, not trivial matters, as mentioned in most of the above examples.