A Canticle for Liebowitz and Cyclical History 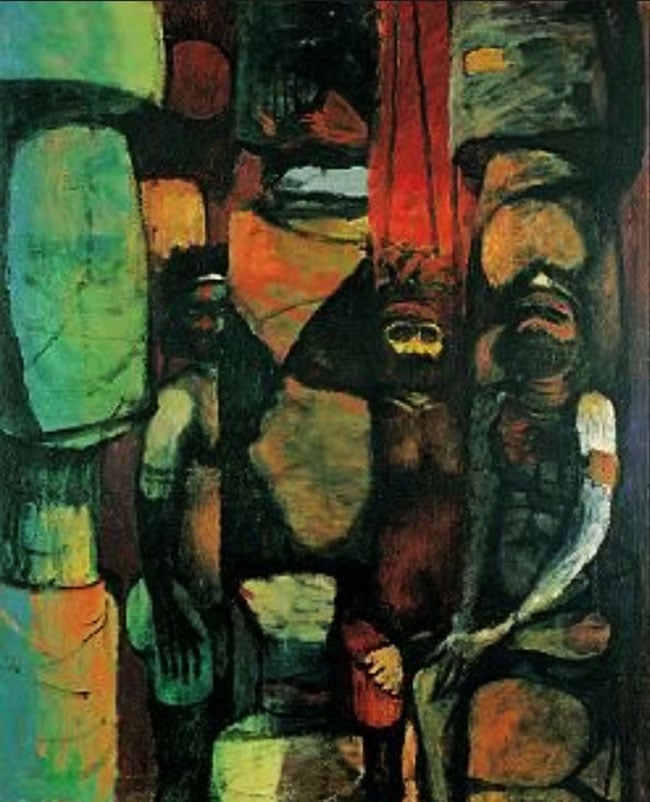 The Simplification had ceased to have plan or purpose soon after it began, and became an insane frenzy of mass murder and destruction such as can occur only when the last traces of social order are gone.[*]

Linear human history is a common plotline of many golden era science fiction novels (1934-1963). That is, history progresses toward, well, a utopian resolution of human reality. This belief goes hand in hand with another dominant feature of utopian scientism: scientists and social engineers will make the future better than the past. The implication of this utopian notion is that man will become a superior being, embodying an unprecedented higher form of consciousness. Though, we are never informed about the source of this ultra-altruistic, conspicuous consciousness. Nonetheless, liberation from the alleged burden of free will and morality are desirable ends, according to those who follow the utopian road to Shangri-La. The Russian writer Aleksey Tolstoy (“the comrade Count”) took utopian pipe dreams to an astronomical level—literally. His 1923 novel Aelita introduces socialism to class-conscious Martians. Imagine that! What could be next? Man’s attainment of Godhood?

The story is of a post-apocalyptic world. The novel is divided into three parts that serve as intertwined novelettes: Fiat Homo (Let There be Man), Fiat Lux (Let There be Light) and Fiat Voluntas Tua (Thy Will be Done).

The plot of A Canticle for Leibowitz unravels over thousands of years. This is a thematically significant aspect of the story. After a nuclear war destroys civilization (the “Flame Deluge”), the inhabitants of Earth become isolated and must fend for themselves. Miller does not waste time lamenting the apocalypse per se. Instead, he focuses on human nature and the cyclical nature of human history.

The first part of the novel, Fiat Homo, takes place in the desert of the Southwest United States where monks of The Albertian Order of Leibowitz, a Catholic monastery, preserve sparse scientific knowledge of the last collapsed civilization.

A novice monk named Brother Francis Gerard is in the desert observing Lenten fast. Looking to build a dwelling place, he discovers a fallout shelter and encounters a mysterious man who asks Gerard for directions to the monastery which, incidentally, he never goes to. This exchange sets up the author’s mystique about Leibowitz. Is the stranger an apparition of Leibowitz? Or, is he instead a demon?

Inside the shelter, Gerard discovers relics, mundane papers, including a shopping list that are attributed to Leibowitz, the founder of the monastery who died over 600 years earlier. The monks honor and safeguard Leibowitz’s allegiance to encyclopedic knowledge, much the same as what takes place with the “book people” at the end of Bradbury’s Fahrenheit 451.

Immediately after the destruction of civilization, a period called “Simplification” began that persecuted and killed anyone who possessed scientific knowledge; they were blamed for the apocalypse. Consequently, the world was turned into a new Dark Ages; books were destroyed and illiteracy flourished. Angry mobs destroyed all semblance of civilization.

The second part of A Canticle, Fiat Lux, continues another six hundred years into the future. This part of the novel sees electricity and other inventions re-invented, giving man a hopeful outlook on life and civilization. A new civilization slowly begins to blossom from the rubble. Yet this does not take place as a natural symbiosis. Instead, the fledgling civilization is the result of sacrifice, strife, and the embrace of enlightened human values. This is the portion of the book where Miller makes the case that history is cyclical; alternating creative and destructive ages.

Throughout the novel, readers are alerted to Miller’s many allusions to Christianity and Catholicism, especially the ontological mystery. Catholic readers of A Canticle for Leibowitz will undoubtedly appreciate the purity and orthodoxy of Miller’s Catholicism, as the author contrasts this with cyclical secular history.

While Canticle was published in 1960, the three parts that make up the novel had already appeared in science fiction publications as novelettes. The novel was published before the Catholic Church’s Second Vatican Council began in 1962. This is a feature of A Canticle for Leibowitz that goes unnoticed by many critics. For instance, Miller makes use of an abundance of Latin prayers and discussions of good and evil.

The major objective of the Second Vatican Council was to reconcile Catholicism with the secular modern world. In retrospect, traditional Catholics consider the council a colossal failure that has drastically weakened Catholicism.

Canticle displays a marked difference from the ecumenical embrace of the modern world that the Council ushered. Miller’s traditional Catholic position in the novel is indicative of man’s sacred and divine nature that is made manifest in history. The author contrasts this with secular history as cyclical, given man’s inability to settle accounts with truth and constructive values accrued through history. Any thoughtful consideration of A Canticle for Leibowitz must engage these essential points of human nature and man’s trek through space and time. In Catholic terms, the latter is emblematic of man’s temporal and sensual fallen-ness.

Having learned little from history, civilization continues where it left off before the nuclear apocalypse: euthanasia and destructive technologies that serve to stunt man’s spiritual and moral sensibility grow in dominance. A second nuclear apocalypse takes places.

The monks of the Order of Leibowitz wisely use the technology at their disposal to send members, along with other people, on a spaceship to Alpha Centauri to establish a society that is conducive to the cultivation of man’s soul. While this is ironic, it also speaks volumes about an individual’s capacity not to become objectivized and corrupted by technology in any age. The author showcases man’s need to settle accounts with the inability to perfect human nature through utopian means.

A Canticle for Leibowitz is an alluring story of redemption and man’s search for transcendence. The novel is a dazzling work of visionary stoicism. In 1947 Miller converted to Catholicism. He was 25.

Canticle is also a novel of values. Miller takes the reader on a trip to a possible future that is never far from the horizon of possibility. One important difference between A Canticle for Leibowitz and other science fiction novels is that the events and situations of Miller’s novel signal a flawed, and in Catholic terms, fallen humanity. Instead of a worldly garden paradise and Elysian fields, man creates an earthly hell: “The closer men came to perfecting for themselves a paradise, the more impatient they seemed to become with it, and with themselves as well.”

The aforementioned is symbolic of Miller’s understanding of man’s existential and spiritual restlessness; building an altar to technology and scientism is one of the culprits of this restlessness. By creating a vast emporium of earthly delights, an Arcadia of sorts, man makes himself obsolete, for he must continually turn to greater pleasures in order to sustain himself. Some call this form of hedonism progress. Not Brother Gerard, and certainly not Miller.

Brother Gerard embodies the life of a simple man. His devout Catholic beliefs enable him to exist peacefully in a turbulent world of mayhem, destruction and murder. His innocence affords him the inner peace that keeps him from getting caught up in the trivial and mundane wrangling of a hopeless secular world.

A Word of Caution About A Canticle for Leibowitz

In some respects, science fiction readers are more wide-eyed and have a greater penchant for the literary imagination than other readers.

The three parts of A Canticle for Leibowitz are not to be construed in the manner of a Hegelian dialectic, where thesis and anti-thesis synthesize in historical consciousness; the manifestation of an Earth-bound God as Absolute Spirit. Nothing that abstract and impersonal takes place in Miller’s novel. On the contrary, A Canticle for Leibowitz clearly puts on display the cyclical and contradictory nature of lazy human history.

Miller suggests that man’s openness to the possibility of Grace affords history coherence, and meaning and purpose in personal existence. This is what sustains the characters in Canticle

A Canticle for Leibowitz is convincing in describing human history as cyclical because the author separates history, which like human life is in essence transparent to itself, into visual long periods of time. This allows readers to make up their own mind about how best to understand history. The novel appropriates history as a vast theater, a foolish tale of circular proportions.

Linear history steals the human imagination because of man’s laziness and lack of long-term vision. Knowledge of the past allows man the modest consolation of being able to anticipate many aspects of history that are continually repeated. This knowledge empowers us to step off the dizzying wheel of time, as it were. This is one way to characterize wisdom.

Miller is savvy about history. He underscores the novel with the tragic sense that history is lamentably set aside, forgotten by most people, as quickly as events take place. A Canticle for Leibowitz is a tale of human nature and cyclical history that, to use the title of a Walker Percy novel, finds man lost in the cosmos.

Monks in the book are the enlightened cord, the interregnum that connects fallen beings with their past in order to help them find their way out of a secular maze. Miller’s answer to cyclical history is transcendence of the soul in a supreme being: God.

Miller utilizes vast spans of time in order to tell a truly compelling story of human life. The solitary but dedicated existence of the monks in A Canticle for Leibowitz brings to light most people’s ignorance about their own existence, and the implications of this for history. Miller laments that secular, cyclical history will continue to go unabated ad infinitum, like a hapless wheel spinning in place.