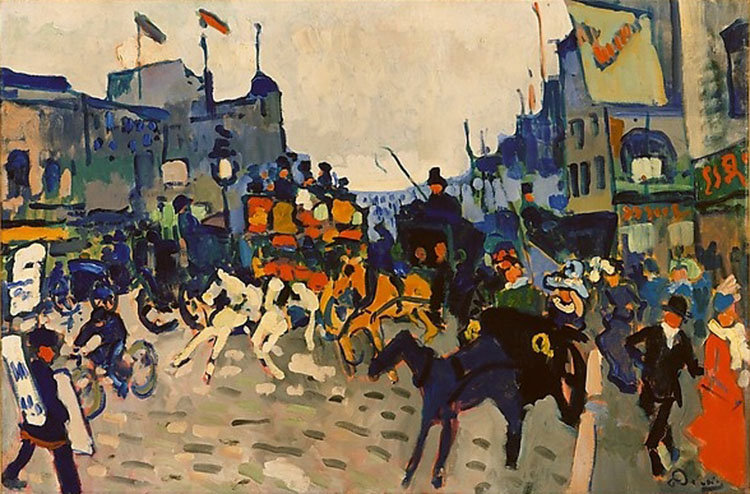 There are lies, damned lies, and statistics from the Office of National Statistics. On August 27th, the Daily Telegraph published the ten top boys’ and girls’ names of 2019. ‘Muhammad’ was listed as the 7th favourite boy’s name. That seems reasonable. But wait. If, however, one checks the top hundred boys’ names, one finds ‘Mohamed’, ‘Mohammad’, and ‘Mohammed’, all listed and placed separately. Taken together, this bloc of four variant spellings signifies a much larger number of Islamic males. The name of the Prophet is at or around the most popular of all new-born British babies.

The ONS is perfectly accurate and truthful. It states: ‘the statistics are based on the exact spelling of the name given on the birth certificate.’ And yet the headline statistics present a wildly misleading picture of the Islamic presence in Britain. As presented in the annual round-ups, the headline emphasis is on trends and shifting favourites. Rankings are everything: we learn that ‘Oliver’ and ‘George,’ ‘Olivia’ and ‘Amelia’ are now the established first choices of British parents. ‘Karen’ is on the way out, after a brief period of glory. The vagrant tide of fashion has moved on. But the Prophet’s name is impervious to fashion. That name, signalling a huge demographic shift in the UK population, is played down by the authorities to relative insignificance. Very minor spelling alternatives are used to nullify the truth.

This is a matter of high policy, steadfastly maintained over many years. When Melanie Phillips wrote her book Londonistan, she had great difficulty in finding a publisher. No main house would take it, though she is a distinguished and successful writer. In the end it came out with a minor publisher Gibson Square in 2006. It is still in print, but its title is proscribed and is never alluded to in the UK media. And yet its description of London’s population is not in doubt. White flight, coupled with migrant growth, is the feature of London today as it has been for years past. The Covid-19 crisis means that even more of the mostly white office workers will stay out of London, or relocate altogether; a poll reveals that one in seven Londoners wish to leave. Resident immigrants, like the huge Bangladesh population of Tower Hamlets (which includes Canary Wharf) will remain where they are. They have nowhere else to go, and their birth rates do not decline. The State does not want us to know or think about this transformative process.

The enduring passion of the State is thought-control. This passion is unrequited. There never has been an era where the people had more access to hitherto-guarded information or more available channels for making their views known. The defining date, 2016, had the people disobeying their opinion-forming leaders in Britain and America, choosing to leave the European Union and electing as President Donald Trump. After Covid-19, the British are deeply sceptical of the competence of their Government. They can see without magnifying glasses the serial bungling of the class set over them to rule. It is an easy prediction that these misgivings can only grow, with outcomes to follow that are beyond prediction.

PrevA Tale of Two Parties:
The Agony of Being MentalNext