The West’s Goals in Ukraine 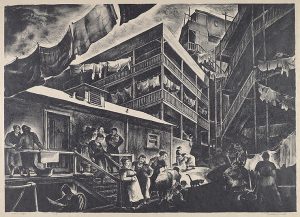 In a speech delivered, or stumbled through, in Poland on March 26, Joe Biden declared that Russia was in need of regime change, a sentiment echoed throughout the Western media. Many commentators and media talking-heads agreed that “regime change” is and should be a fundamental goal of Western policy towards Russia. One or two went so far as to argue that this is the reason for the West’s effort to prolong the war by continuing to pour arms into the Ukraine—rather than call for an immediate ceasefire, as is the normal procedure in modern wars. One such commentator has been Niall Ferguson, who has cautioned Western leaders that the desired regime change will almost certainly not be materializing in the foreseeable future. Writing in Bloomberg News, Ferguson concludes that the Biden administration “is making a colossal mistake thinking that it can protract the war in Ukraine, bleed Russia dry, topple Putin and signal to China to keep its hands off Taiwan.”  But is regime change the primary goal at all?

The is no question whatsoever that the Western elites loathe and despise Vladimir Putin, and they would indeed be glad to see him go—into retirement, or better still, into the grave. The source of that animosity, however, has nothing whatsoever to do with Putin’s real or alleged brutality, far less with his warmongering or aggression. The “West” itself has been a reasonably enthusiastic warmonger over the past few decades, invading and destabilizing dozens of countries in numerous parts of the globe, often under the most mendacious of pretexts. The destruction of Yugoslavia, Iraq, Afghanistan, Libya, Syria, Yemen, and yes, Ukraine, can all be chalked up to Western “humanitarian” interventions over the past 30 years. Nor is Putin’s (alleged) contempt for the democratic rights and freedoms of his own people a problem: Western “elites” have displayed a commendable contempt for the rights and freedoms of their own citizens, or subjects, over the past two years. None of these things bother Western “elites” at all. Whence then comes the loathing for Putin? That’s a question I’ll address presently.

Nothwithstanding the Western elites’ hatred of Putin, do they really think a prolonged war in the Ukraine will achieve the goal of removing him? That is highly unlikely. As Niall Ferguson pointed out, wars tend to unite countries behind their leaders, and this is particularly the case with Russia, which has a “heroic” national narrative, which glorifies the sacrifice of its people and its soldiers in wartime situations. This narrative, Ferguson notes, can be traced back to the time of the Russian people’s struggles against the Mongols, and manifested itself again during Napolean’s invasion of Russia and during the Nazi invasion in 1941. Western leaders, I assume, are as aware of this as Ferguson, and must know that nothing short of catastrophic casualties, involving the loss of quite literally millions of men, are likely to shift the Russians away from their patriotic support for their army and their leader. But if this is the case, what then do Western leaders hope to achieve by prolonging the war? And that point is very much worth emphasizing: It is the West which is prolonging the conflict. Indeed, it was the West which provoked the conflict in the first place. If the West had wished to avoid war, all it had to do was give Moscow a guarantee that Ukraine would not be joining NATO and insist that Kiev implement the provisions of the Mink Accord, which provided a limited autonomy for the ethnic Russian populations of Donetsk and Lugansk. This was never done: On the contrary, the West encouraged Kiev to provoke the Russians by launching periodic attacks upon the inhabitants of the above two regions, and by providing the Ukrainians with high tech weaponry to launch those attacks.

So, we are back to the original question: What does “the West” —or the West’s leadership—hope to achieve by a prolonged conflict between Russia and Ukraine? This was a topic I touched upon in an article published towards the end of January this year (“The Great Reset: Why Now?” New English Review, February), where I predicted a war in the Ukraine within a few months. As it turned out, the war kicked off even earlier than I had imagined. In that article I said that the “West” actually wanted war with Russia, which is what made its occurrence all the more likely. In the article, I explained at length that when we speak of “the West,” we are actually talking about an immensely wealthy oligarchy comprising no more than a few thousand people, an oligarchy which effectively dictates the policies of Western governments. It does this through its control and ownership of 90% of the world’s wealth, a stranglehold which is augmented by its near-total control of the media. The latter allows the oligarchs to shape the narrative and therefore, to a great extent, what people think. “Public opinion” is therefore ultimately what the billionaire and trillionaire class decrees it to be. It was of course the same oligarchy which gave us the COVID-19 hoax, as well as the lockdowns (aka mass imprisonment of billions of healthy people) and mass “vaccination” with a useless and provably lethal injection. As I explained in the article, the entire purpose of the COVID-sham was to wreck the economy—a wreckage which has now reached a fairly advanced stage. This was necessary because the oligarchy had robbed billions of taxpayers throughout the globe over the past few decades and had effectively destroyed Western economies in the process. (What Reiner Feullmich describes as the most colossal transfer of wealth in recorded history) This process of destruction had actually accelerated in the aftermath of the banking crisis of 2008, when Western governments, instead of holding the banks and their owners accountable for their misdeeds, bailed them out with billions more of newly-printed dollars, pounds, and euros. The underlying health of Western economies was therefore further sabotaged, with the West—especially North America and Europe—essentially floating on an ocean of debt. That economy can only go down, and when it does, the oligarchs—the real culprits—do not wish to take the blame. Hence the COVID “emergency” —a fake pandemic designed to initiate the now inevitable crash so that the oligarchs could blame a virus and divert attention away from their own culpability.

That was the plan. However, things didn’t quite work out as intended: against all the odds, the Western economies (sort of) survived the lockdowns, and the whole COVID-narrative began to fall apart. This latter was because the working classes eventually tired of being told what to do, and the truckers’ revolt in Canada really signalled the end of the road for COVID-hoax. Hyperinflation had begun, but it hadn’t fully achieved its goal (thanks entirely to the dollar’s status as world reserve currency) of a complete economic meltdown. Just in time, the oligarchs found another narrative: The ongoing and rising tension between Ukraine and Russia. If an actual armed conflict between NATO-friendly Ukraine and nuclear-armed Russia could be provoked, then the controlled economic crash—which COVID was supposed to deliver—could finally reach fruition. Now however the finger of blame could be pointed at Russia. And lo and behold, this is exactly what we now see happening.

It is evident, therefore, that instead of calling for an immediate ceasefire (the humane and sane course), the Western media will continue to clamour for the arming of Ukraine, and to encourage the Ukrainians in a desperate and suicidal struggle which they cannot possibly win. This will continue until the economies of the West themselves go down in flames—which is precisely the oligarchy’s goal.

Emmet Scott is the author of Mohammed and Charlemagne Revisited: The History of a Controversy and The Impact of Islam, both published by New English Review Press.