There Really Is a Crisis at the Border 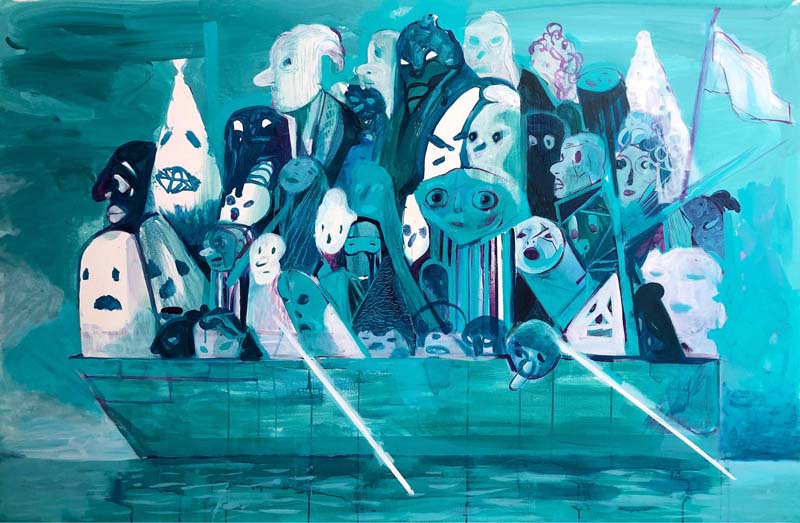 In the present showdown with Democrats, Trump laid out his case for a border wall whereas the two vulture-looking Democrats, significantly, did not address his main point: that the wall would keep out drugs and illegal aliens who committed crimes. The media, vigorously attacked Trump’s speech—even before he delivered it (Jonathan Karl at CBS almost threw a tantrum prior). Since then, the hive-mind of MSM journalists have avoided the central issue of crime and have instead focused at length on bureaucrats’ paychecks and ignored crimes by illegal aliens.

There is a game that philosophers like to toss back and forth: if a tree falls in the forest and no one hears it, has it made a sound? The mainstream media (MSM), both in the USA and abroad, has the firm belief that if an event is not reported (as news) then it didn’t happen and no one is the wiser. Dictatorships adhere to this principle.

A study in Arizona showed that illegals commit twice more crimes than other residents, as does a nationwide study. So, if anyone insists that illegals don’t commit crimes, then submit the following— which are only a tiny fraction of crimes committed.

Illegal immigrants are, of course, being protected and sanitized by liberals in various ways while deliberately ignoring inconvenient facts, such as that 70% “asylum seekers” don’t bother to show up to court). Amazon’s Jeff Bezos set aside $33 million for scholarships for illegals (nothing for Americans, or legal immigrants) with New York State allocating $27 million, while Los Angeles has legalized street vendors for illegal immigrants’ benefit and Denver legalized public defecating in the streets for their benefit.

Meanwhile, mass deportations  and border patrols have proven to curtail criminal gang activity. But the media doesn’t report it. They’re pushing the mantra that the issue is Trump’s “fake crisis.”

The tree has fallen in the forest and many people have heard it.