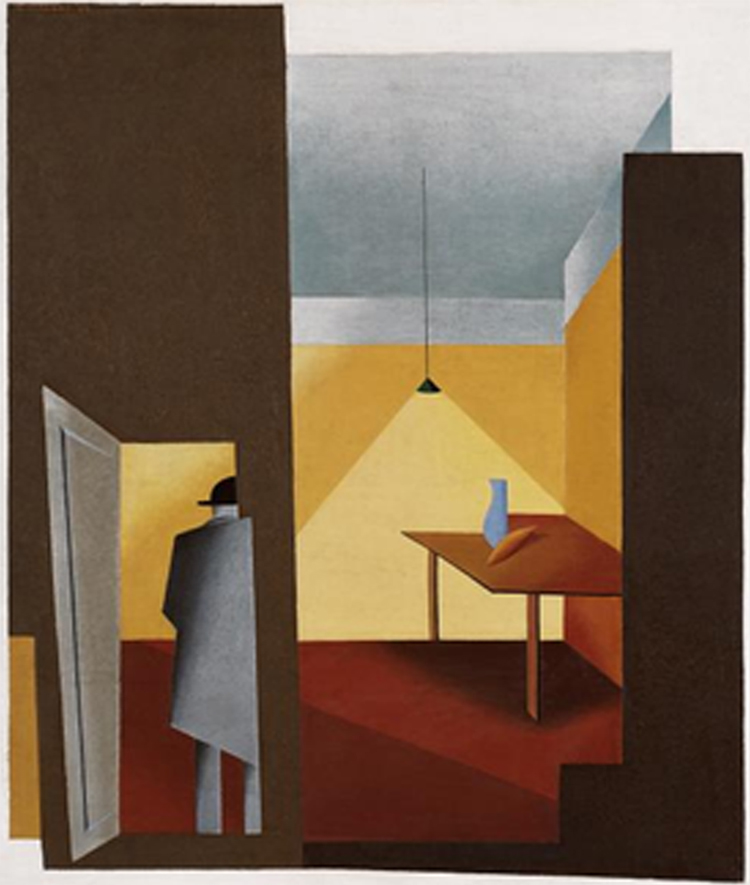 Ten years back I thought to go, went so far as to rent a
_____place,
Where I stood one noon in its empty rooms, supposing
_____of my life thenceforth,
How the moon would phase and I, who had no friend but
_____she,
Should be just one within the cold, feel time’s lash across
_____my heart …

But now she’s frail, preparing for farewell, and I find
Myself again supposing of my life thenceforth, when no
_____one cares for me but memories pirouetting …

Arctic winds will bitter Capricorn, hard the softest sigh,
_____joys suckled on by shadows,
This grown eager e’en for Azrael, dark angel’s taking of
_____the instance of my being,
Else I bear alone a winter’s sting, the gray-grim scattering
_____of each day,

_____no light of revelation on a road to Damascene …

I’m pretty sure. Day will come. In fifteen minutes or so …
In the middle of a word, say, filling an O like a tidal pool,
Flung upon a T like tempest sea ‘gainst Ptolemy’s Pharos,
_____gown some dowager Q on a crowded page …

Night’s gave way to angular grotesques and soft recursive
_____humors of a May.

And it’s alright, I guess, this world I mean, its almost
_____seamless circuit of a sun,
Its gypsy terminator which might or mightn’t prick´to
_____jubilee
The tongues of chanticleers and doves, but which excites
Always onto Allegheny staves the tonic gifts of men who
_____would be song,

_____who bow nativities of light

I taught him how to tie his shoes, ride a bike, feel the
_____sacredness of Gettysburg,

He had no father from an early age, like a line read once
_____I half forgot,

_____underscored by a pen for memory’s sake.

I was oft’ distracted by midnight purls of sea on a
_____Mississippi strand,

This recall is all that is, there being no grief o’er having
Missed his childhood, no longing for second chances …
‘Cause I’m still the wight I was, a lover of bends in rivers,
_____roads, horizons,

Remember notes of whippoorwills, monotonies of rains
_____on roofs,
The barrenness of nights on ways a thousand miles from
_____home …

I was a haunting of the haunting by the jingle-jangle gods
_____of men,
Climbed the creeping certitudes of souls on this trellis of a
_____world …

_____but through the curio of his life