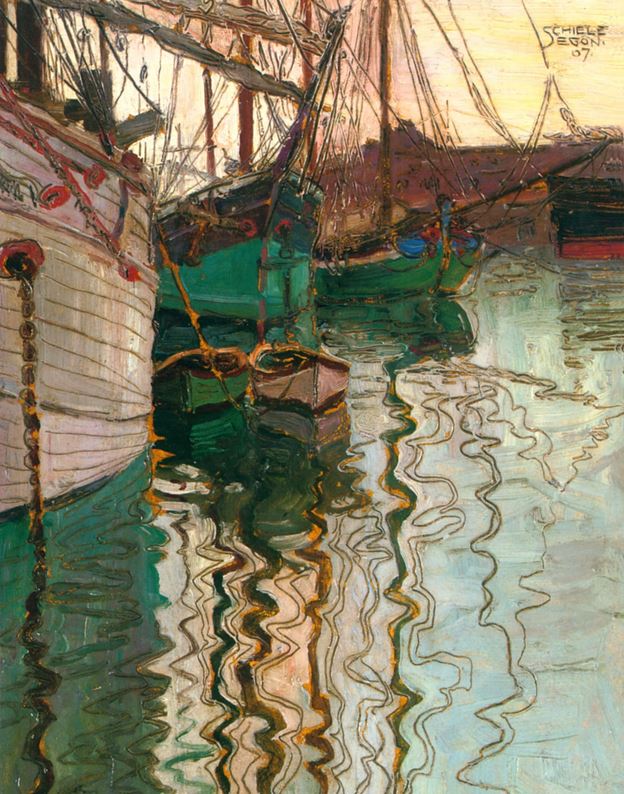 Recollection of an Afternoon Storm

As it was when I

over the fine seascape

late in the day

after the sun had

given its best and

then begun its slow decline,

(I remember how I

to recall it now,

seeing it as it gathered

over the blackening bay)

are no longer one—

try to say now what we were then

and what it means to be,

conjuring ourselves out of some

sweet confection of memory and

nourished, just enough, as we fade,

passing too swiftly by this bay,

yet grand and fair.

They come to nothing in the end,

no less so than those artlessly thrown.

The difference is in the show they make

before they go. You need the right raw material though:

flat and true but with heft enough to slice the water

when it hits. Water has the density of life and demands

that you persist and come up for air,

if only to cut a smaller slice and fall again

before you thought you would. There. Now you have it.

Search for more and fling them side-arm with

sunbathers to their core with two-digit skips through

breezy chop. Saunter off with nonchalance and

leave them wanting more. You’ve had the better of this day.

Perhaps you’ll have another one, when the stones

slice clean and play the water well before they drop.

No wind on the lake

as there was before,

when sails sighed with fullness

and the water bore the boat’s weight

as if passing it hand over

Becalmed close to a shore

which is not my destination,

but another’s, I note the hour

paddling with a single oar,

the better choice is to

point the bow there and

camp ‘til morning or to keep

my heading true and wait for wind.

Then, hesitating there, I see

the lake and hills as if

the scene were frozen vitreous,

from my youth, wondering

how it would be to be the one

both agent and object,