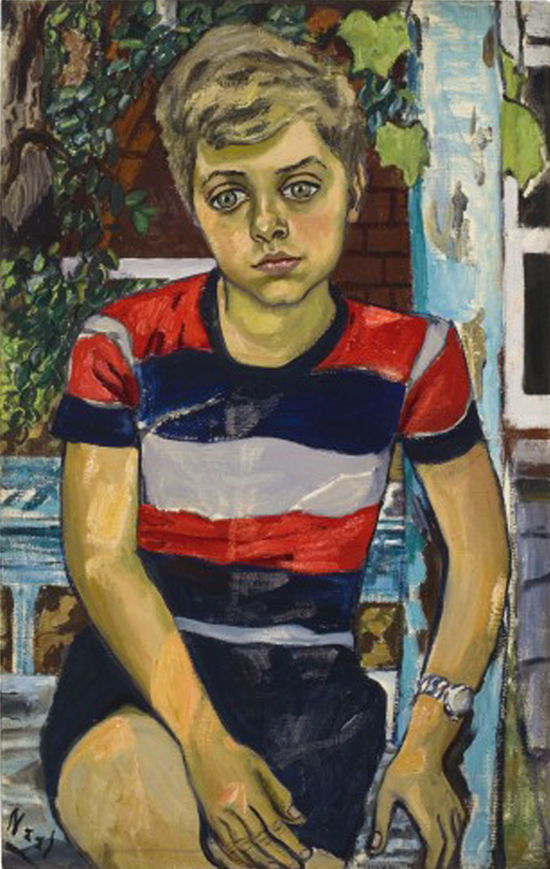 The Shape of Things to Come

The doorbell rings. I am four years old.

An old man with dying eyes and no left leg

stands before the open door, balanced

on long wooden things that push his shoulders

strangely up and then go back and reach the floor.

just cannot be. He wears a suit and tie, as all men do,

but the left trouser leg is folded high and pinned

back on itself. His leg ends at a place in empty space

well above where his knee should be. My mother wears

a dress wide enough to hide me from this thing at the door.

But I have to look, to be sure of what I see.

I haven’t studied geometry yet, but I’m smart

and I think I know how the world is shaped.

There are shapes that just can’t be and I don’t know those.

not whole, to be something that is not a person, but is,

to ring the doorbell of someone you don’t know. The man

asks my mother: “May I have a glass of water?” She says

“Yes, of course,” then leaves to fetch it and tells me as she passes

that it’s not polite to stare. But I cannot turn my eyes away

from the emptiness that no shape fills. He looks away.

I begin to see human geometry expand to include the negative

space where things have been subtracted or withheld.

but soon enough I know I will. Now, my mother has returned

and hands the man his drink. I see his thirst, his stranger’s lips

pressing on our drinking glass, his throat pulsing with each gulp,

his darkened eyes almost shut. I think I hear the sound of sweat

dripping down his face. He empties the glass. I can’t turn my eyes

away. “Thank you very much,” I hear him say. Then, in a queer

transformation of his arid geometry, he twists the wooden things around

and lets his right leg take his body down, step

by strangest step. (There is nothing I can say.)

I watch him as he looks briefly back, and then, like no person

I have ever seen or known, he simply walks away.

All spasm and knotted pain, my neck is an

vibernum, and of all the sweet extracts from the

pages of an old Botanical, tells me (in her

fragrant way) that everything will be fine.

Before she slides me into the tunnel of the MRI

she plugs my ears with foam so my delicate

by the clatter and buzz of the big machine.

She gives me headphones so we can

stay in touch and tells me not to swallow

while the machine is on. Then she sends me in.

I have confided to her (because I trust in her)

that I took a pill so my claustrophobia

would remain at bay, unlike my first time,

when I panicked and had to be released

before the world crushed and suffocated me.

how I’d been done in by thoughts of

limp at birth with a malformed brain,

I don’t know if her eyes could see.

Now, I’m all sinew and strain, muscle and madness,

hungering for solidity and form, suspended

wanting to become the painting,

the painting in which, for all time,

the hero’s muscles glisten and

the hour of imminent redemption,

and an unaccountable light lays

resplendent on a fair pastoral.

But this time I nearly sleep while

the neck that holds body to brain

is magnificently sliced and

sectioned by the machine,

soon to be spread out on

Kelly assures me that everything will be fine.

I thank her for her encouragement and feel

an odd assurance. She is too fragrant to lie.