We Almost Had a Communist in the White House 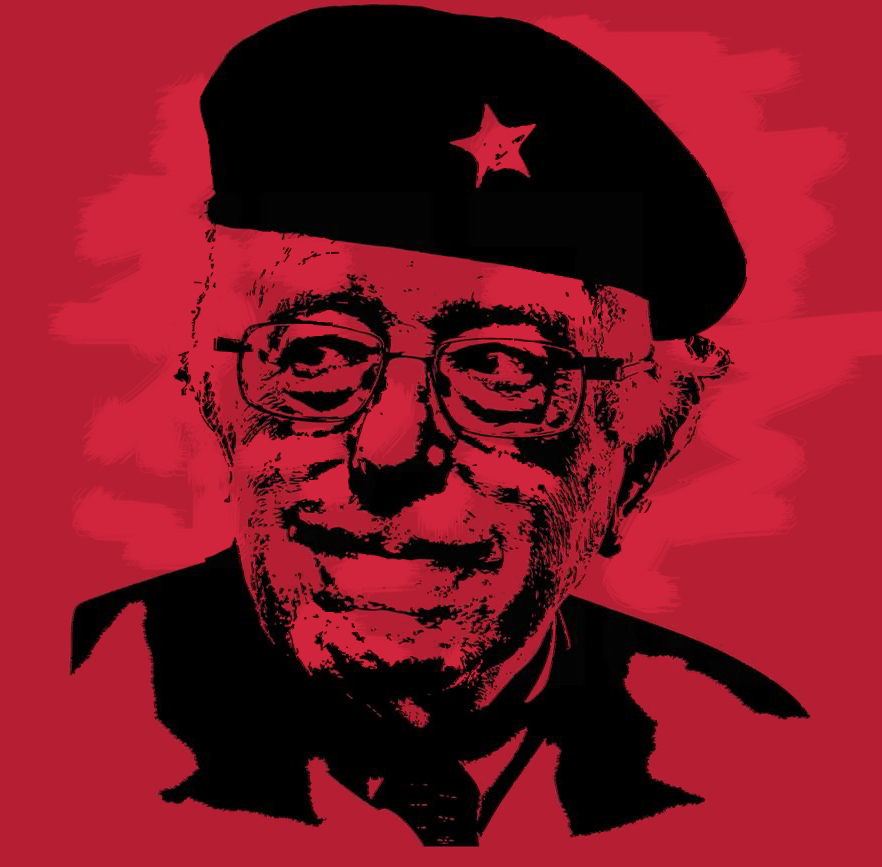 It is now official that Senator Bernie Sanders is no longer a candidate for the presidency.

It is the height of sick ironies that America, which shed so much blood, money and effort to repel Communist totalitarianism, not just away from its own borders but from other countries, just had a Communist presidential candidate in the Democratic Party who could have actually become president. If successful, he had vowed (in his own words) to carry out a “Revolution” and “transform” our country through his “democratic socialism.” He also had plans for “real journalism.” True, he denied being a Communist.

The national media—whose journalists in the past have been seized with hysteria for months because a fifty-year old politician put on blackface at a party back when he was in high school, or because a potential Supreme Court justice was accused of sexual misconduct as a teenager by a pathological liar—was by comparison strangely mum on Comrade Sanders’ past of worshipping leftist totalitarian regimes. It was almost as if the journalists wished to not alert citizens. To be sure, there were (and are) many individuals who are so obsessed with an all-consuming hatred for President Trump that they would not care if a Communist became president and destroyed the country, just as long as Trump was not reelected. And true also that many, many, people remain profoundly ignorant about the history of Communism, what it does to societies. And then, there are those whose children have been brainwashed in schools while their conservative parents do nothing  as usual, to counter the corrosion.

The vast majority of people were unaware of Comrade Bernie Sanders’ infatuation with Communism. They were unaware that he had repeatedly expressed admiration for the Communist regimes of Cuba, Nicaragua, China and the Soviet Union. “I remember being very excited when Fidel Castro made the revolution in Cuba. It seemed right and appropriate that poor people were rising up against ugly rich people.” In fact, when he got married, he did not honeymoon in Italy, France, England, Japan, Greece, Spain, or the Caribbean islands. Oh, no. Instead, he went to the Soviet Union, of all places (which begs the question: did he tour the gulag, was he shown around the KGB headquarters?). Nor did people know that Comrade Sanders compared America’s role during the Vietnam War as the equivalent of Hitler’s (however, we do not know his views on Pol Pot’s Khmer Rouge). And while he and his wife gushed with ecstatic rapture about how wonderful life was in Communist countries, some people who lived there would disagree with their assessment.

Anyway, it’s not like he made any effort to hide his tracks. He was a tireless apologist of repressive regimes. But it is safe to say that most people were not aware of his Communist past, despite the fact that it was amply documented in conservative internet sites. Nor were they aware that his sandernistas were already planning to establish a Gulag for once they achieved power, as per a Project Veritas undercover coup, not surprising since “Bernie Bros” have attacked a number of people, including some Democrats who would not go along with the future Dear Leader. In fact, most people have not even heard of Project Veritas (and this brings up the embarrassing conclusion that conservative websites—in spite of their uncovering very important facts and events that the main stream media firmly puts a news blackout on—essentially preach to the choir and make no effort to expand their influence, and, more importantly, have no influence beyond the choir).

Then something interesting happened.

60 Minutes was conducting one of its usual kid gloves interviews of Democrat politicians, when the interviewer blandly asked him about his support for Castro. Comrade Sanders vigorously, almost aggressively, defended the Communist regime, declaring that the reason that the Cuban people did not rise against Castro was because he established universal literacy. He made no mention of the secret police, the executions, or the prisons as possibly being a deterrent. I mean, they were discussing a man who even outlawed Christmas! (the fact that many countries have established literacy without the use of starvation, secret police, dictatorship, militarism and propaganda, was also not brought up). But in reality, he did not admire Castro because of the supposed literacy, rather he admired Castro because he was a Communist and then uses the literacy as to the supposed reason for admiration (incidentally, literacy in Cuba before Castro already stood at 76%, the second-highest in Latin America, after Argentina; this was also not mentioned). Not surprisingly, the interviewer did not press him on any of these details, nor did he bring up Comrade Sanders’ admiration for other Communist regimes.

However, immediately after the interview, Comrade Sanders began to lose ground in the primaries. Although the machinations of the Democratic National Committee almost certainly had a hand once again in sabotaging his campaign, his admission for admiration of a Communist dictator also shocked quite a few Democrats who were unaware of his tendencies. All of a sudden, Comrade Sander’s “democratic socialism” platform was suspect.

It makes me wonder if the question was a sort of trial balloon to see what the reaction from others would be, for if Comrade Sanders had, indeed, become the candidate of the Democratic Party you might have seen a massive defection of the remaining reasonable Democrats, akin to what happened when leftist radicals took over the 1972 Democratic convention and McGovern became a candidate. The “Bernie bros” had already been criticized by some Democrats, and the prime minister of Sweden ridiculed him (and that’s saying something). So the truth is that Comrade Sanders would have been the perfect target for President Trump, who is not a professional politician and, therefore, minces no words.

And yet, even though he was (partly) revealed, the would-be Dear Leader nevertheless continued to garner hundreds of thousands of votes.

And that is still scary.

Armando Simón is the author of A Cuban from Kansas, The Only Red Star I Liked was a Starfish, Fables from the Americas and Wichita Women.