Who Owns the Moon? 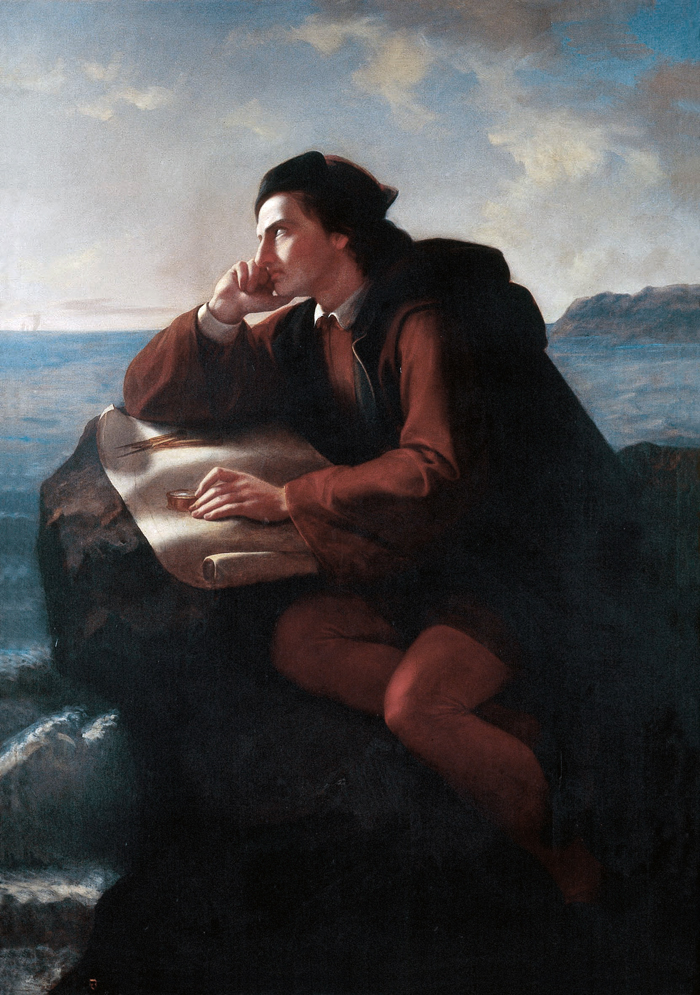 … feelings of weakness, inward acts of cowardice have been overlaid with sanctifying names and taught as being desirable. —Nietzsche

Based on a slew of mineral rights and land claim victories during the past 50 years, the former occupiers of entire continents (the Americas, Australia), First Nations people, are sitting pretty. Even though they were unable to defend territories once under their possession, they have rather brilliantly rewritten the rules of the game so that territory once theirs (once were warriors), has been returned to them, which implies that it is theirs forever, since, as they cogently argue, they were the original occupiers.

Nota bene: Any astrologer worth his wage knows not to leave himself short of the ‘reversal of fortune’ card.

The great enablers are the virtue signaling political establishment and its minions looking to win votes and score points with the big G. in the sky. Having been sold hoodwinked-line-and-sinker on a twisted notion of moral rectitude, the land and rights forfeiters have pleaded nolo contendere (no contest) to the charge that it was illegal and immoral to have waged war and dispossessed First Nations of their land.

Among the big losers in this epochal reset is Christopher Columbus, who for half a millennium was universally revered as an intrepid explorer and discoverer of the Americas. In the nation’s classrooms he’s now portrayed as a brute, his statues have been defaced and toppled, forcing the conclusion that decommissioning valuable art works is a small price to pay when it comes to doing the right thing: signing appease treaties with the new winners on the block—the erstwhile defeated.

This flummoxing reversal in fortune must ‘rank’ (a word also employed as an adjective) as one of the great political coups in the history of mankind. The losers of entire continents have somehow managed to instill in their conquerors sufficient guilt and shame such that the latter are now voluntarily returning long-held lands and rights to the original occupiers. Which begs the question: what is the point of winning if you have to forgo the victory? What does evolutionary fitness mean if the fit are denied the compensations and ranking attendant to fitness?

In athletic competitions, the very best are universally applauded and rewarded for being the best. The runner, the sprinter who finishes dead last is for all intents and purposes dead at the finish line – that is forgotten. However, heartbreaking is his disappointment, no one would think of declaring him winner as a feel good gesture.

For most of man’s history, superior strength, intelligence and especially weaponry determined a group’s fitness. Females, wanting what was best for future offspring, instinctively offered their eggs to the alpha male. Back then, there was no confusing the winners from the losers, and everyone stood to gain by that distinction.

Be as it may that in the present age the twin plagues of relativism and the political correctness are blurring the whited-out line between the fit and unfit, it would be a mistake to view this development as an outcome of modern thought. The philosopher Nietzsche points out that this perversion of the natural order dates back to Christianity, and in particular the 11th century with the raising of the effete, sterile priestly class to pre-eminence. In this new configuration, the Omegas became the venerated while the Alphas, the manly men, the propagators of the race, were recast as degenerate savages. “This systematized disfiguring and castration of life is counted holy, inviolable … the worst mutilation of man that can be imagined presented as ‘the good man.’” acidulates Nietzsche in The Will to Power.

More of the same is happening on our watch. Now that First Nations—empowerment’s favourite poster people—are auto-invited to the world’s most prestigious political and economic forums, a development that de facto transmutes abject defeat into a trifling footnote of history, it’s only a matter of time before the battle cry to “level the playing” field turns into a tyranny.

Yes, victimization works. In 2021, the federal government gifted more than 3.5 billion dollars to Canada’s aboriginals. The presumed winners, hamstrung by political correctness and therefore guilty as charged, in the spirit of absolution are voluntarily ceding powers and privileges to a people whom they assumed they had decimated. “There are strange things done under the midnight sun,” writes Robert Service, a British-Canadian poet who opted for the tough love and law of the Yukon. Meanwhile, the once undisputed victorious are being reprogrammed to honour the losers of entire continents and to self-flagellate on their way to the many contrition centers that are popping up like mushrooms after a hot rain.

If the winner lacks the will (the intelligence) to esteem his victories, to elect those exceptional attributes and qualities that enabled him prevail over all the others, isn’t he announcing under no uncertain terms that he is no longer fit for the winner’s circle? Would we rather the elite perform our vital medical surgeries, or, in the spirit of fairness, should all cultures and ethnicities have equal access to the scalpel? Who should we want in the cockpits of our planes at 35,000 feet?

If we are to disentangle this confusion of values, it is essential that we subscribe to and abide by the easily discernible objective criteria that determine to whom belongs an occupied land. Since it is in everybody’s interest to know if we are indeed the monsters First Nations make us out to be, if Columbus, alleged genocider, is guilty as charged, we will want to clarify a pecking order of rights in respect to made-made laws that legitimize land ownership vis á vis natural law.

Let us hypothesize a successful lunar landing by Team-A and the subsequent establishment of a permanent moon colony. Since they are the first to arrive and settle there, no one would dispute that the portion of the moon they occupy isn’t theirs. Earthlings can insist that the moon be divvied up among the nations of the world, but as a practical matter it belongs to Team-A because they are there and the earthlings are not.

Half a century later, Team-B lands on another area of the moon and establishes a colony. When Team-A learns of Team-B’s arrival, they issue a warning that as first occupier the moon belongs to them and orders the new team on the block to return to earth, but as a practical consideration the land occupied by Team-B belongs to them because they are there and Team-A isn’t, while the rest of the moon remains up for grabs.

Let us now hypothesize on earth a major increase in demand for the element of lithium to power electric vehicles and to keep in check a philosophical malaise that has rendered ¾ of earth’s adult population manic-depressive.

As it so happens, there are significant deposits of lithium on Team-A’s territory, but they lack the technical know-how to mine the element, a deficit the civilizationally more advanced Team-B is able to supply. So in consideration of the demand on earth and its superior technology, Team-B invades Team-A and easily dispossesses them of their territory. Team–A can cry to Jupiter’s moon that as first occupier the land is theirs, and that would include all art and artifacts, but until they can repossess what they lost it belongs to Team-B. In other words, the spoils of war go to the victor. That is how it has always been—until recently.

Among the first beneficiaries of the war are the earthlings, now assured of their daily lithium fix. It would constitute pure folly if earthlings, who depend on lithium, were to allow themselves to be convinced that the land currently held by Team-B should be returned to Team-A because the latter were the first occupiers.

Notwithstanding the brilliant minds and wordsmiths that formulate our constitutions and Bill of Rights which appeal to our better angels, we cannot rewrite who we are, which is measured not by the words we speak but our actions and the gene sequences that underwrite them.

Implicit in every nation’s founding principle is the dictum: “We have the right to be here because we are here and you are not.”

In the Americas and Australia, First Nations were unable to defend their continents. An advanced military culture prevailed over a more primitive one, and that outcome, in its decisiveness, perfectly illustrates the method and objective of evolutionary biology. To reverse the winner-loser result through decree or a patently false narrative is to elevate mediocrity, a sure formula for setting any species on its way to extinction.

Which isn’t to say that there may not come a day when man will be able to rewrite his genotype so that reason will be allowed a seat at the table when negotiating territorial disputes. But until that happens, we look to the territorial imperative’s most consummate exemplar, Russia’s Vladimir Putin, whose understanding of it is indistinguishable from the manner in which it operates through him.  Or in flag-speak, until someone takes it way, Crimea belongs to Russia.

But Putin, however wicked, immoral and ungodly (that is instinctual) is not sui generis. He is simply the imperative’s current tool of choice, and when he is no longer with us, there will be someone else, and again someone else, until we finally figure out how to decommission our hard-wired obsession with territory, if indeed we decide that such a decision will better serve the species.

However lethal and demeaning to the race is the primordial urge to amass, occupy and defend territory, it could very well be that this blind force is elemental to life everywhere in the universe, that the brute we see reflected in the mirror is in fact an ascendant creature, and the blood count left in the wake of life forms fighting for top ranking is what best guarantees the advancement of civilizations and the evolution of species.

From caves to castles to computers, man’s progress remains unchecked. What we hope for today is more often than not a sure thing for tomorrow, so long as we recognize that our fondest hopes for the future are best served through contest and conflict, an unforgiving, ruthless binary (we win, you lose) that nonetheless vouchsafes the best shall prevail.