And Why the Left took Power 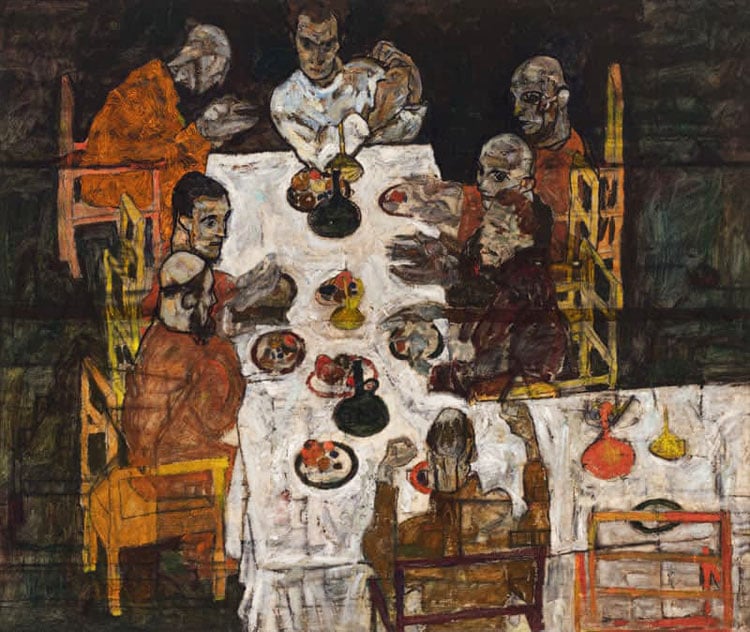 Why do conservatives lose every battle? More urgent right now, why did they also lose the war? Why was the left allowed to stage a coup and take over the United States government?

But perhaps the biggest question is this: Why does no one ask these questions? Answering this question may answer the others.

For not only did the right decisively lose, and the left decisively won—where it has been positioned to enact a series of catastrophes, from an engineered epidemic and deadly pseudo-vaccine, to uncontrolled immigration, out-of-control crime, recession, censorship, political prosecutions, perhaps global famine, and possibly nuclear war—but few on the right seems interested in asking why, or understanding what to do about it. Instead, conservatives continue doing what they were doing before and what brought about their defeat in the first place. The main solution seems to be to expect salvation from the next election. This is like waiting for the Messiah—as if the mythical “pendulum” will swing back and all the people dying from viruses, vaccines, lockdowns, crime, incarceration, starvation, and war will come back to life. I do not think that is how we are supposed to envision the Second Coming and Resurrection, as compensation for our fecklessness.

Conservatives have lost every battle except gun rights, and that may go soon, with their feeble response to mass shootings. (One might reply that they just won a big battle over abortion, but after a half-century it is too soon to know if it will survive the sabatoge.) Now, spectacularly, they have lost power altogether in the US. Notwithstanding the excuses—stolen elections, globalists’ machinations—the point stands. The left won and the right lost, and there is no shortage of pundits setting out the grisly details. But as Dylan Thomas said of books about the wasp, they tell us everything except why.

The best answer may be, again, that no one wants to ask the question. The right seems utterly incapable of self-criticism. In the last two years, exactly zero discussion has been permitted on questions like who allowed this to happen and why. “Rather than look inward and assess their own role in the disaster—what did we do wrong … and other questions that emotionally mature adults might have asked,” leaders carry on with business-as-usual. Thus Tucker Carlson describes the Democrats after their 2016 defeat, but I suspect he was really thinking of Republicans since 2020. Historian Victor Davis Hanson rebukes his leftist counterparts: “There is oddly zero self-criticism or indeed any self-reflection of their own shortcomings.” But why should there be? They won. Hanson himself never criticizes Republicans, who need it far more, so they gratefully publish and promote his work.

Christians have a principle that before going off to fight evil elsewhere, one must first conquer “the sin within.” This is precisely what today’s conservatives never do. Any person or group that cannot face external challenges by starting with their own failings and instead insist upon hurling anathemas at their opponents is bound to be stagnant and ineffective.

Confirming this is the right-wing establishment’s measures to punish dissidents who do criticize: ostracism, purges, and a “cancel” culture as vicious as any on the left. As Will Knowland (himself purged from the venerable Eton College) observes, “People on the right with a spine [are] being eliminated. And perhaps this is why we see such a weak response from the right.”

Consistent with its stereotype, the right is highly authoritarian, tolerates no dissent, and readily punishes heterodoxy—all the things of which they accuse the left. “The conservative movement is extremely centralized and authoritarian,” says Paul Gottfried. “So when conservatives say that they’re fighting ‘cancel culture’ they’re lying … They’re worse than anyone on the left.”

This brings us to the poorly understood problem of conservative organizations. Organization is essential to political effectiveness, and for leftists it comes naturally. They love meetings, discussions, organizing, protests, stirring speeches, demonstrations of righteous indignation.

Conservative organizations, by contrast, are usually vehicles for advancing the few. If this can be accomplished by working for a “good cause,” all the better, but the main purpose is not to accomplish a goal but to achieve success for the leaders. Leftist organizations do degenerate similarly, but they usually start as a genuine effort to realize some righteous purpose. Conservative groups, whatever their professed aims, are often from the start enterprises for the empowerment and enrichment of the privileged. They have perfected the art of pandering to wealthy funders using boilerplate cliches. Above all, they vindicate the iron law of Washington: those paid to address problems quickly develop a vested interest in perpetuating the problems they are paid to address.

All this is especially conspicuous—and debilitating—among conservative intellectual institutions: colleges, universities, seminaries, think tanks. Pressure groups can tolerate heterodoxy only so far, arguably, because they have goals to accomplish. But institutions of learning thrive and depend on the free exchange of ideas.

The silence and authoritarianism of these institutions is glaring, given their supposed role as alternatives to mainstream, left universities. They seldom risk controversy or take a stand (even on educational issues) but instead operate as patronage machines, funneling students into power jobs to gain political influence. Their faculty are treated as hired hands, rather than scholars or intellectuals, who must be watched for heterodoxy and who are expected to shut up and teach. Even now, as the country sinks beneath one left-instigated fiasco after another, faculty at conservative colleges are mostly mute. The few that do publish avoid problems of public policy, even in fields like political science, and prefer to moralize and philosophize about the “common good” and “human flourishing.”

Some conservative institutions are even at the forefront of devising ruthless legal methods to silence troublesome academics—not renegade liberals, who can be removed legitimately by invoking an institution’s mission statement, but conservatives who resist their institutions’ leftward drift.

Gottfried, who edits the traditionalist Chronicles magazine, writes of “authorized conservatives identifying their conservatism with such unoffensive subjects as the preservation of classical architecture or the rejection of twelve-tone musical compositions”:

There is a critical difference between those who approach cultural or aesthetic subjects from a traditionalist perspective and those who seem to be…avoiding the risks of grappling with sticky political problems. Sometimes avowed anti-modernists give the impression of wanting to burnish their conservative credentials without endangering their mainstream status. They know the left is not likely to go after someone who builds his conservatism on fighting things that happened centuries ago, particularly when that person doesn’t also frontally attack the left’s … call for a larger welfare state.

So conservatives await their electoral Messiah. He might well come, but I doubt he will be impressed with our own efforts, and I am not at all sure in which category some conservative leaders will find themselves when he starts separating the sheep from the goats. Nothing guarantees that any election will be free or, at this point, that it will happen at all.

What it will do is perpetuate the conservative political class, with its contempt for ordinary people and stubborn refusal to address government practices that destroy their lives. Some are now coming back to haunt Republicans, like prosecutorial misconduct, which preys on numerous innocent people but is nowhere on the conservatives’ radar screen, even when the targets become Donald Trump and January 6 defendants.

One possible explanation for the left’s ascendency lies in generations of adolescents raised with no effective family structure and especially no fathers and now demanding power. This suggestion has not been disproved, but then it has not been debated, nor has any other. As with the far left, the right-wing leadership ensures that certain questions are not asked and subjects not discussed.

Stephen Baskerville is professor and head of department of political studies at the Collegium Intermarium University in Warsaw and author of The New Politics of Sex: The Sexual Revoluition, Civil Liberties, and the Growth of Government Power (2017). His recent publications are available at www.StephenBaskerville.com.

PrevTo Love and Be Loved
Lemberg, Lwów, Lvov, Lviv, and a Parade of Historical IroniesNext