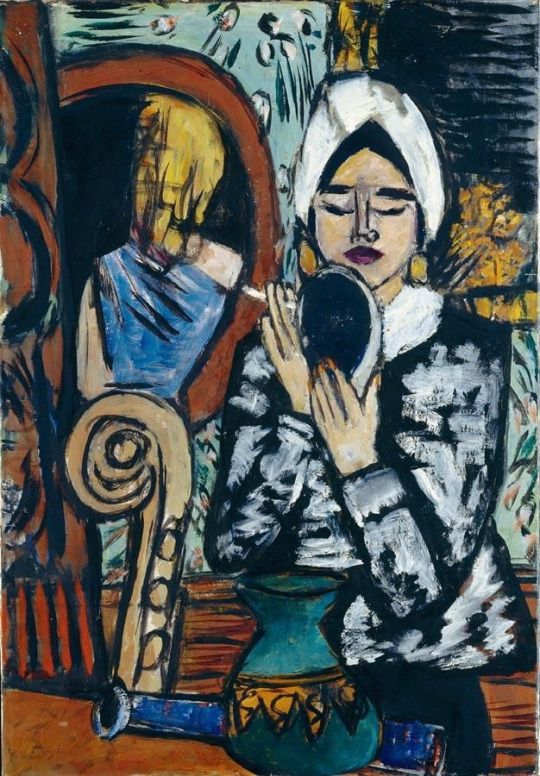 I’m out for a walk albeit preoccupied with a work-related matter, and walking faster than I ought. But it feels good to get out in the fresh air. It’s summer in the city and everything looks prettier.

My road-runner pace whisks me up to a pair of long, shapely legs and undulating backside. I slow down to admire the view: the tight shorts cutting into my favourite parts, the bared midriff, elegant shoulders. Whether intentional or not, a signal has been sent and I’ve picked up on it. Like the peacock flashing its dazzle of feathers during the mating season, this woman is advertising her desirability and availability, or so it seems. What I can’t see is the wedding ring on her finger, and that she is a mother of two small children.

So why is she flaunting everything except the one thing we should want to know which is not worn on her walk but her fourth finger? Since she is de facto unavailable, why is she purposely sending out a false signal? And when we discover the ruse, how upset should we be? Enough to start up the male equivalent of #MeToo? Once again hopes (and favourite body part) raised and dashed.

In the animal world, once a mate has been procured all the flashing and rump swelling that announce the mating season ends. With the hierarchy of rights and privileges over feeding and females established, and the next generation already on its way, life returns to normal until the next mating season. In the animal world a mated and mothering female ‘does not’ send out signals indicating she is neither: that contradiction, that mispresentation is strictly a human prerogative (aberration) —that nonetheless enjoys broad acceptance in the West.

Surely the legions of the tricked and sold again male contingent should want to know how other cultures and religions deal with that distinctly female propensity to send out false sexual signals. And in respect to unintended consequences, both bewitching signaler and the designated-aroused will want to better understand the delicate balance between custom and the law.

Towards the end of the Victorian age, flirting was a behaviour that was restricted to unmarried females and reserved for specific occasions. Since then it has become more inclusive and overtly sexual, and without any restrictions regarding occasion and time of day. And while flirting, as a prelude to courtship, is expected of unattached females, in the modern era mated females are not singled out or stigmatized for the exact same behaviour even though they are not available. The reasons speak directly to the gradual empowerment of women during the past half millennium.

Unofficially women’s liberation began in the 15th century with the invention of moveable type and the launching of the world’s first information age. Since then, a slow century at a time, women have been on the march, shattering one glass ceiling after another, eventually earning the right to own property and money, to vote, and more recently to participate as equals in every aspect of public life.

During the past fifty years women have fought protracted battles for control over their bodies and sexuality, and have discovered—like men—that exercising power is a pleasure that is difficult to refuse once enjoyed. Beginning with the popularization and proliferation of visual media—television in the 1950s, the Internet in the 1990s—female sexuality has never been more on display in the public arena. Riding the coattails of this new wave of permissiveness (exhibitionism), unavailable mated women discovered they too could join the parade. That they understood they were sending out false signals was not a deterrent next to the satisfaction and enjoyment to be had from being able to excite men, now reduced to disposable objects in the servicing of female vanity and self-esteem. Initially a guilty pleasure, high octane flirting has evolved into a 4-season rite of spring that most men—but not all—go along with. We note that similar behaviour in a Muslim country might result in ostracism, confinement and even a death sentence.

In the West, a walk along any busy downtown thoroughfare puts the distracted eye in contact with hundreds of mated women who have expressly—and often with the consent of their conquest-proud husbands and boyfriends—made themselves sexually desirable despite their manifest unavailability. It is not without irony that when these sexy women return home at the end of the day it is the husbands’ distinct privilege to have to witness their calculated desexualization: they kick off the heels, wash off the makeup, slip out of figure-complimenting designer clothes into baggy sweatpants and complain about their day. So much for priorities in the age of consent.

How should men be expected to react to the dizzying, disorienting barrage of sexual signals in whose midst they are caught like prey in a spider’s web? In respect to the informal codes of flirting and the laws of the land, the majority of men will play the game according to the rules established by women because they know in advance, through practice and inculcation, that many of the women are not available. However, a minority of males, due to either confusion, arousal, naiveté or cultural dysphoria, will interpret the signal as an invitation to initiate personal contact, which will be refused if the woman is already in a relationship. As far as the attached woman is concerned and with the hard-earned blessings of the feminist movement, it is her prerogative to reassure herself that she can still excite interest in the opposite sex, and men are expected to be informed on where the new line has been drawn and not to cross it without explicit consent. Or so it goes in theory.

But we know from the 6 o’clock news that rules only apply to people who heed them, especially informal ones. And while the injunction #NoMeansNo has never been more forceful, there is overwhelming statistical evidence that women who send out false sexual signals are more likely to be sexually harassed than women who do not. And for those odd-men-out who are unable to disentangle their physical need from the signal that is directly implicated in its excitement, rape is the tragic end game for both parties: the injured woman will never again be the same, and those men who are found out and found guilty will suffer the full consequences of the law. But despite the numbers and heartbreaking stories of violated women who are damaged for life, women, including attached women, continue to send out explicit sexual signals in the public domain, which by default places the onus on men to exercise restraint. And men are listening. With the launching of the #MeToo movement, men have indeed begun to radically modify their behaviour in the workplace.

That said, is it fair to ask—albeit we know it’s not correct—if men are being asked to disproportionately assume the burden of restraint?

In the spirit of leveling the playing field, and given that men are more easily aroused than women (#MeTooAgain), should men and sympathetic women make the case that sending out false sexual signals in the public domain not only violates fair practice codes, it is no longer necessary now that there are safer venues where women can cater to their vanity. Thanks to webcamming/digital streaming, women, in private, can now lay bare the full panoply of their sexuality without compromising their unavailable status, and men will no longer have to deal with consent ambiguities. In the digital universe—a one-size-fits-all heaven that dwarfs Islam’s highly touted Jannah (72-virgin paradise) —everyone meets in the winner’s circle which in theory should significantly reduce the need for unavailable women to advertise their sexual desirability in the public arena.

In flirting’s defense, anthropology makes the case that the convention is an adjunct, an elaboration of the grooming instinct, which is universal in the animal world. For reasons of hygiene and mating, there isn’t an animal species in the world that doesn’t groom. Even birds of a feather can be seen pruning themselves and their significant other for hours on end on telephone wires and arboreal perches. The goal of grooming is to stay clean and healthy and look good.

But where grooming ends and flirting/teasing begins is a nebulous gray zone that is becoming increasingly fraught with danger as the West now plays host to immigrants coming from very different backgrounds as it concerns sexual comportment in the public and private spheres.

In the West, being sexually desirable 24/7 is inculcated in young women from their earliest years via provocative music videos and glamorous female role models in television, cinema and fashion. Women are expected to be sexually primed at all times, just as confounded men are expected to heed the consent injunction regardless of the signals that have been issued.

We note there is no such confusion in the Muslim world. Once girls reach puberty, they are bundled up in mobile tents (burqas) with slits for the eyes and horizontal strip-netting for breathing. And to further discourage women from arousing men, after they are disappeared into burqas for life (the verb “to burk” means to suffocate) they must submit to a sunna, a religious ceremony that culminates in the excision of the clitoris.

So we shouldn’t be surprised that a small percentage of recently arrived immigrant Muslims, who regard the West as depraved and heathen and its women as harlots, are responsible for a disproportionate percentage of rapes.

Women and only women are responsible for the manner in which they present themselves in the public domain, just as men are not yet as programmable as machines. Men arouse and frustrate easily, and there’s an argument to be made that attached women have been as short sighted as the skirts they wear in respect to their unwillingness to empathize with men whom they have willfully excited. And with people from unlike cultures sharing the same public spaces as never before, more and more men are likely to be confused by the false signals some women are sending out, and a certain percentage of these women will live to regret the solipsistic world they have ensconced themselves in. That immigration policy has catastrophically failed to acculturate new immigrants to the customs and ethos of their new country offers no consolation to victims of harassment and rape.

As women continue right the wrongs of the past and wrest a fairer share of power unto themselves, and as the balance of power shifts in their favour in their relationships with men, they would do well to not only enshrine their gains but to include themselves in the public debates and informal conversations that do daily battle with the universal predisposition to abuse power.