From the Sun and the Daily Mail

A private Muslim primary school has been shut down after pupils were deemed under threat of radicalisation and its owner, the head teacher’s husband, was once accused by the US of funding Al Qaeda-linked terrorism. 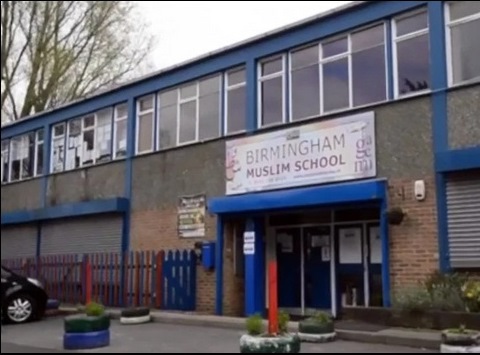 Birmingham Muslim School in Small Heath had been repeatedly criticised by Ofsted and its headteacher, Janet Laws, also known as Aisha Abdrabba, was temporarily banned from interacting with pupils because she was a ‘potential risk’ to them.

An inspection in 2017 found two unaccompanied adults walking around the site, while officials also discovered teachers had not logged one welfare concern about a pupil in 16 years, a situation deemed ‘inconceivable’.

The £2,000-a-year school had a long history of being criticised by Ofsted and its owner, the Albayan Education Foundation Ltd, is now being investigated by the Charity Commission for not telling them about the negative reports. Ofsted said Albayan had not been registered as the owner of the school while the headteacher’s husband, Ghoma Abdrabba – also known as Ghunia Abdrabba – was identified as proprietor with the Department for Education database of schools.

Mr Abdrabba’s was named on a US Treasury list as a fundraiser for the Libyan Islamic Fighting Group (LIFG), a ‘brutal terrorist organisation’ organisation that had been in partnership with Al-Qaeda.

Mr Abdrabba successfully appealed to have his name removed from the list and has always denied terror links. He told Ofsted in 2017 he had ‘nothing to do’ with the Birmingham Muslim School but was still officially listed as a proprietor.

The 2017 inspection also identified a ‘weak culture of safeguarding’ at the institution, including a lack of awareness by staff to ‘the risks of pupils being radicalised’ and a failure to properly maintain registers. The report continued: ‘Consequently, there is the potential for pupils to be exposed to extremist views through contact with older pupils or adults out of school, such as when on school trips. As a result, the school is not taking all reasonable steps to protect pupils from exposure to partisan political views.’

The school, which had 80 pupils aged four to 11, was shut down on December 16, according to Ofsted. Two inspectors from Ofsted stood by to ensure Ms Abdrabba was shutting it down.  Mrs Abdrabba told inspectors that parents had protested the closure and were reluctant to send their children to other local schools, so many would now be educated at home. Birmingham City Council said it would help families find new places for their children.