Corbyn Must Go as Leader of the British Labour Party 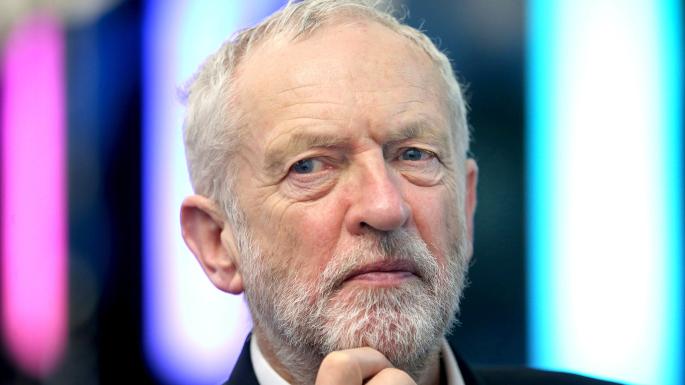 At the length truth will out. If it looks like a duck, and walks like a duck, and swims like a duck, and quacks like a duck, it is a duck. Now the truth about the venomous presence of antisemitism in the British Labour Party is being told, told in all its lack of glory. In July 2018 three Jewish newspapers in Britain simultaneously wrote United We Stand stating that a Labour government led by Jeremy Corbyn would pose “an existential threat” to Jewish life in the UK.

A month later, in August 2018, more than 30,000 British citizens signed a petition organized by the Campaign against Antisemitism, an organization to educate people about the issue, calling on Corbyn to resign as leader of the Labour Party. In the House of Commons, Dame Margaret Hodge, MP for Barking in East London, who lost family members in the Holocaust called Corbyn a “racist and antisemite,” and asserted that the Labour Party was a “hostile environment” for Jews.

At the outset, it should be clear that the complaints and allegations against the persistence of Labour Party antisemitism and his refusal to condemn it is not motivated by animus against Corbyn but results from perusal of his utterances and actions and his non-actions and silences. Any animus is in fact displayed by supporters of Corbyn. One influential close ally, is Len McCluskey general secretary of Unite, the second largest, with 1.2 million members, trade union in UK, who spoke of Jewish “truculent hostility,” and called on Jewish community leaders, whose motives he somewhat surprisingly said he did not understand, to “dial down the rhetoric.” There can be no misunderstanding of the motives of McCluskey and Unite. In a statement of Solidarity with the Palestinian People, issued on July 11, 2014, a call was made for sanctions against Israel which was described as an “apartheid state.”

Even Corbyn himself in March 2018 recognized, if belatedly, that antisemitism has occured in pockets of the Labour Party “causing  pain and hurt to our Jewish community in the LP and the rest of the country.” However, over the years Corbyn has denied he is personally antisemitic, though he has uttered classic tropes which suggest otherwise. This can now be judged by videos recently made public, that he shared platforms and took part in events with antisemities, terrorist sympathisers, and other political extremists, and never publicly challenged them.

The most weighty stinging comment on Corbyn, an unprecended attack, has come in August 2018 from Lord Sacks, Cambridge and London university educated, Chief Rabbi 1991-2013. who referred to Corbyn as a person who had legitimized the public expression of hate. Sacks was unqualified in remarks of an indigo hue: within living memory of the Holocaust, Britain has an antisemite as the leader of the Labour Party and Her Majesty’s Opposition. The danger is that where he leads others will follow. According to Sacks, Corbyn’s hate defiles British politics. He is low, dishonest, and dangerous. First he denies, then he equivocates, then he obfuscates.

Sacks was particularly incensed by revelation of remarks Corbyn had made in 2013 at a meeting of the Palestinian Return Center where he attacked a group of “British Zionists” who had dared to criticize a speech by Palestinian Ambassador Manuel Hassassian. Those Zionists, Corbyn said, had two problems. One is that they don’t want to study history. The second is that having lived in the country for a very long time, probably all their lives, they “don’t understand English irony. … Manuel does understand English irony.”

Sacks saw this as the most offensive statement made by a senior British politician since Enoch Powell. Like Powell, the leader using the langusge of classic prewar European antisemitism, Corbyn depicts an entire group of British citizens as essentially alien with implications of double loyalty. Corbyn said “Zionists,” but “Jews” were implicit, unable to appreciate irony, a figure of speech absent in his own speeches. Corbyn was not only offensive, but ignorant and foolish. All Jews, Isaiah Berlin once said, who are conscious of their identity as Jews are steeped in history. Jews, we know have too much history, and too little geography. Corbyn may be a slow or inattentive reader.  Otherwise, he can start with Jewish irony in the Bible, and more recently in British novelist Howard Jacobson’s The Finkler Question.

By a remarkable coincidence, the case of Enoch Powell and his controversial 1968 “Rivers of Blood” speech was being discussed when Sacks referred to it in August 2018. In February 2018 Powell’s former constituency of Wolverhampton, for which he was an MP, 1950-74, planned to remember him with a blue plaque. As a result of opposition by many, including those who intended to tear it down or deface it, the plan was scraped. In his speech Powell proposed control and limit to mass immigration into Britain, especially from the black Commonwealth: we must, he said, “be mad as a nation to permit the annual flow of some 50,000 dependents.” The country must prevent discrimination against the native population. Curiously in spite of the invective, Powell had never used the phrase “Rivers of Blood,” but had alluded to the poet Virgil, who wrote ” like the Roman, I seem to see the River Tiber foaming with much blood.”

Corbyn’s statements and the recent emergence of video footage occasion a comment. One video shows him in 2014  in Tunisia attending a cermony honoring three “Palestinian martrys,” the Black September group, and its founder, Salah Khalaf (Abu Iyad) responsible for torturing and then for the assassination of 11 Israeli athletes in the 1972 Munich Olympic games. He denied laying a wreath  but said he was “present though not actually involved in it.” However, he  mislaid the truth since photos show him with a wreath. They also show him close to the grave of Atef Bseiso, intelligence chief of PLO, also involved in the 1972 massacre, who was killed in Paris in June 1992.

Corbyn urged an end to the “stranglehold of elite power and billionaire domination” over large parts of the British media, familiar in many antisemitic utterances. His remarks echoed and were praised by David Duke, Holocaust denier, Grand Wizard of Ku Klux Klan, and Nick Griffin, former leader of the neo-Nazi British National Party.

Corbyn was also defended by Haneen Zoabi, Israeli-Arab member of the Knesset, who calls Israel a “fascist” state, about his remarks concerning speeches made by British MPS, but which she, and LP members insisted were written by Israeli diplomats concerning the Gaza flotilla raid in May 2010. Zoabi was aboard the ship Mavi Marmara, along with IHH activists affiliated with the Muslim Brotherhood, who tried to end the Israeli blockde of Hamas in Gaza. Israeli commandos boarded the ship and were attacked by IHH, 10 of whom died in the fighting.

In 2010 he hosted an event and made no comment when a speaker compared Israeli policy with Nazi policies. Again in 2013, at a meeting of the Palestinian Return Center he compared Israeli control of the West Bank to the Nazi occupation of Europe, with endess roadblocks, imprisonment, irrational behavior by the military and the police, “of the very sort that is recognizable by many people in Europe who suffered occupation during World War II.”

In an interview on TV on August 12, 2012 concerning a terrorist incident, Corbyn said that Israel had an interest in violence in the Sinai, though it was Islamic jihadists who attacked an Egypian army base, killing 16 Egyptians.

Corbyn has endorsed BDS, with the argument that “I think the boycott campaign  is part and parcel of a legal process that has to be adopted. Sanctions against Israel are the appropriate way of promoting the peace process.” He described former foreign minister Tzipi Livni as a war criminal.

No one will accuse Corbyn of being a war criminal, but equally he is not the best that the UK can offer to cleanse the disease of antisemitism. The Labour Party for its own good and for the good of the country should end his position as leader. Dayanu, enough is enough.