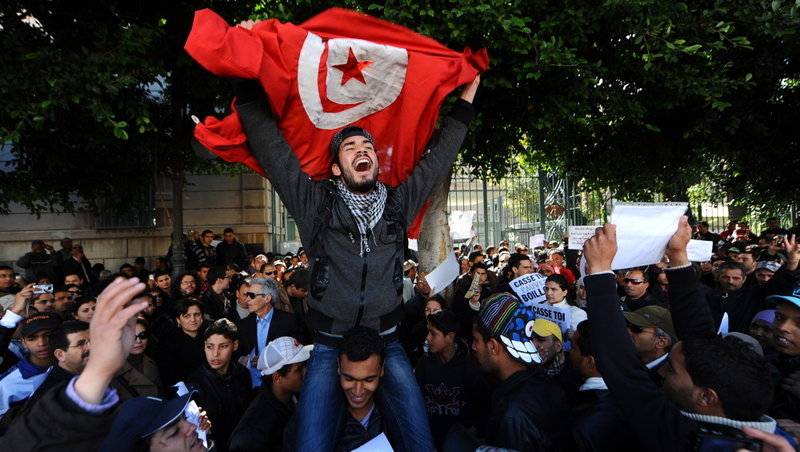 The stars are aglow in the heavens, but only wise men and Dizzy Gillespie know that they guide you in a Night in Tunisia. The death on July 25, 2019 of Beji Caid Essebsi, President of Tunisia, has reminded observers of the political stars aglow in the country seeking to promote peace and democracy in the area devoid of light in the Middle East and in North Africa. The so-called Arab Spring began in Tunis, resulting from the civilian protests after a young street vendor, troubled by not having a license to sell fruit and vegetables, on December 17, 2010 set himself on fire. The protests after his death led in Tunisia to the ousting of the ruler Zine Ben Ali, and to similar protests and demonstrations in Arab and Islamic countries. It was the first time an Arab dictator had been removed by action of the people, not by a coup d’etat. In Tunisia, the first president after the country gained independence from France, Habib Bourguiba, who ruled from 1956 for 31 years was overthrown by a coup after which Ali in 1987 took power. However, Ali himself was forced to leave the country in 2011 at the start of the Arab Spring.

Tunisia has remained peaceful and  interested in becoming more liberal in an area more accustomed to belligerent and repressive activity: the coup in Egypt and the continuing conflicts in Libya, Syria, Lebanon, with the Hezbollah, and Yemen.

The Arab Spring toppled dictators, but all countries except Tunisia returned to violence and authoritarianism. Unlike countries like Syria, Libya, or Yemen, Tunisia took a different path, if not a smooth or complete one. It is a free, independent, sovereign state, based on citizenship, the will of the people, and the supremacy of law.  According to the constitution, the people possess sovereignty and are  the source of all powers. Women have equal rights and duties. There are limits on executive power, presidential term limits, a constitutional court with power to impeach, and an independent judiciary.

Tunisia is a small country, 63,000 square miles, with a population of 11 million, 98 per cent of whom are Muslims. During World War II it was controlled by as regime that supported Vichy applied the Vichy antisemitic laws and discrimination against Jews, the wearing of the yellow star. Among Tunisian Jews were the distinguished writer, author of The Colonizer and the Colonized, Albert Memmi, and Victor Perez, the World Flyweight boxing champion. Memmi was imprisoned in a forced labor camp from which he escaped. Perez was transported to Auschwitz, sent to slave labor, and died in the death march from Auschwitz in January 1945.

Essebsi was too young to be a resister but he has played an important, indeed historic, role in Tunisia, starting as an official during the autocratic regimes set up after independence from France. Born in 1926, he came from an elite family of Italian origin, studied law in Paris, became an advisor to, and protégé of Habib Bouguiba and supported the movement for independence that Bouguiba led. Among his official positions were Ambassador to France and Germany, president of the Chamber of Deputies, and served in a number of government posts, interior, defense, foreign affairs, and prime minister in 2011 for a few months.

Essebsi was controversial because of his support for the repressive regimes led first by  Bourguiba who became president after the country became independent from France in 1956,  and then by Zine El Abidine Ben Ali who ruled for 23 years. He was accused of being complicit in the bad treatment, even torture, of prisoners in 1965-69.

Essebsi retired from politics in 1994 but then returned as the major figure in shaping the political system of the country and taking it in a secular direction after the 2010-2011 upheavals. He became president in 2014, and helped to draft the constitution. His historic significance is that he is the democratic elected president in the Islamic world, and the first to engage in power sharing with Islamists. He said he would not run again in the next presidential election in November 2019.

Essebsi founded a new party, Nidaa Tounes of non-Islamists, and led opposition to the Islamist party Ennahda. He defeated his rival, Islamist  Moncef Marzouki in the presidential election in 2014, promising to restore political stability and  democratic rule. He called for a strong state, a secular society, and legislation to promote women’s rights. He sought to modernize Tunisia, allowing women to be able to marry non-Muslims, and obtain equal inheritance, and called for banning the wearing of the niqab which covers the whole face.

Most important, he entered into compromise politics with the help of the Islamist parties. He was a secularist who understood that Islamists have a place in society. He emphasized patriotism above party politics. He made a compromise agreement with Rachid Ghannouchi, head of Nahda an Islamist party that has the largest number of seats in the Tunisian parliament.

The first free election in the Arab world took place on October 23, 2011. 81 parties competed; Ennahda won 41.4 per cent, 89 seats on the 217 constituent assembly. In October 2014 election, Nidaa, the secular party of Essebsi, eclectic, including business people, trade unionists and politicians, won 85 seats to 69 of Ennahda.   .

The new Tunisian constitution of January 26, 2014 is a series of compromises, with divided executive power, and gender parity. It protects freedom of religion and freedom of conscience. It protects Jews from official or unofficial discrimination. Jews whose presence in the country goes back 2,000  years, amounted to 100,000 in 1948, but now only 0.1 per cent of population. Tunisia during World War II had been led by Vichy, applying antisemitic laws, the wearing of the yellow star. Some Jews were sent to forced labor camps, and others  to extermination camps.

Article 3 of the constitution states that the people possess sovereignty and are the source of all powers. Article 31 provides for freedom of opinion, thought, expression, information, and publication; these shall not be subject to prior censorship. This is a democratic system in which executive power is exercise jointly by the president, the head of state who is elected by direct universal suffrage, and by the head of government, able to control a majority in parliament.

Tunisia faces multiple economic and political problems, high unemployment strikes, and attacks by suicide bombers and by militant groups. It is a fragile democracy, but important as the only country engaged in democratic procedures after the April Spring that failed in all other countries. Essebsi was a pillar of the transition to democracy. It is a fitting tribute that in October 2015 the Nobel Peace Prize was given to a Tunisian group known as the National Dialogue Quartet, formed in 2013, an alliance of representatives of workers, employers, lawyers, and human rights activists. They were honored for their quest in contributing to the building of a pluralistic democracy in Tunisia. The honor is more meaningful in the realization that others being considered for the Nobel Prize included Pope Francis, Angela Merkel, and John Kerry.