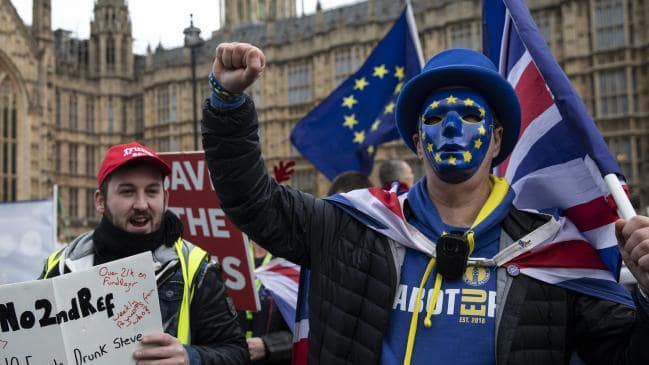 One of the most extraordinary consequences of the political ­impasse in Britain over Brexit is the proposal that the voting age should be reduced to six.

This extension of the franchise was not proposed by an inmate of an asylum for the crim­in­ally insane but by a professor, David Runciman, of the University of Cambridge, supposedly one of the best three or four such institutions in the world. But no mere criminal lunatic could have dreamt up such an idea. Is it any wonder that many people feel the world has gone mad?

Sure enough, Runciman’s idea was given serious consideration by a writer in The Guardian. Admittedly, the writer came down against the proposal, but only after giving it credence. Nevertheless, it gave an insight into the mindset of those whose political ideas are to themselves so self-evidently virtuous that the only possible explanation for the fact others do not share them is stupidity in the case of the poor and wickedness in the case of the rich.

At the head of the article were the words: “Allow six-year-olds to vote? No, but it’s not as crazy as it sounds. Children tend to be more progressive and idealistic than their parents.”

This illustrates rather neatly the proto-totalitarian tendency of much of the Western intelligentsia. For this intelligentsia, the purpose of elections is not to limit the power of politicians, provide the electorate with a choice and correct policies that seem to it to have gone too far in one direction or ­another, but to produce a pre­determined result, the predeter­mina­tion being that of an elite of the correct-thinking. That is why a proposal that makes traditional gerrymandering look like an act of probity can be taken so solemnly. The end justifies the means.

The use of the wordprogressiveis telling. It implies not only that there is a clear path in hum­anity’s moral ascent to perfection but also that its route map has been vouchsafed to certain adults. For self-proclaimed progressives, there are no complexities or un­intended consequences, let alone ironies: there is only progress and its opposite, reaction.

For the writer of the article, children are born with a knowledge of the route map of the ascent to perfection, as salmon, cuckoos and swallows are born with a knowledge of where to migrate to. Only the corruption of age causes them to forget: “Children do tend towards the progressive, having a natural sense of justice … and an underdeveloped sense of self-interest.” But what has caused the realisation that children may be suitable for enfranchisement? Our author cannot be clearer: “Most of the arguments against giving six-year-olds a vote have been capsized by the (Brexit) referendum.”

In other words, because the electorate got the answer wrong, it is necessary to change the electorate. If only it had answered the question correctly, it is a fair guess no one would have thought of lowering the voting age to six.

Why, then, does our author fin­ally reject the vote for six year-olds? “If parents could be trusted to use their influence wisely and inculcate children with the politics it will take to assure a better future, then I wouldn’t necessarily have a problem with that, apart from, obviously, that culture is already wildly skewed towards parents … But that’s moot anyway, because parents can’t be trusted, otherwise we’d all already vote Green.”

This is surely one of the most sinister arguments put forward in a supposedly liberal publication. If I may paraphrase it to make it clearer: It is known beyond all doubt what will make life better. Children are prevented from voting for it by the malign influence of their parents, who are ignorant or ill-intentioned. Therefore children should not have the vote.

On this argument, it is difficult to see why anyone should have the vote. After all, everything that matters has been settled in advance by people such as the writer. In the light of this opinion it becomes clear why those in Britain who demand a second referendum call it a People’s Vote. The population for them is divided into the People and Enemies of the People. The People have correct ideas, while Enemies of the People have incorrect ones. Since the People ought to be more numerous than Enemies of the People, the first referendum, in which the wrong answer was returned, could not have been a People’s Vote but something different, irrespective of the fact it was based on universal suffrage. It seems to me as likely as any counterfactual can be that, had the first referendum gone the other way, there would have been no demand for a second referendum. The result would have been accepted as definitive by those who voted against the majority.

This suggests, in modern democracies, attachment to freedom is much less strong than commonly supposed, particularly among the right-think­ing intelligentsia. The latter’s vocation is not for freedom but for domination and even dictatorship, albeit a dictatorship of virtue. Those who think differently are dupes or knaves whose opinions are not to be countered by argument but neutralised by administrative legerdemain, such as alteration of the composition of the electorate. The same intelligentsia has the effrontery then to wonder why so much of the population turns to populists, many of whom may indeed harbour authoritarian tendencies of a dark nature.