Elites Choose Ugliness in Federal Architecture, No Matter What the People Prefer 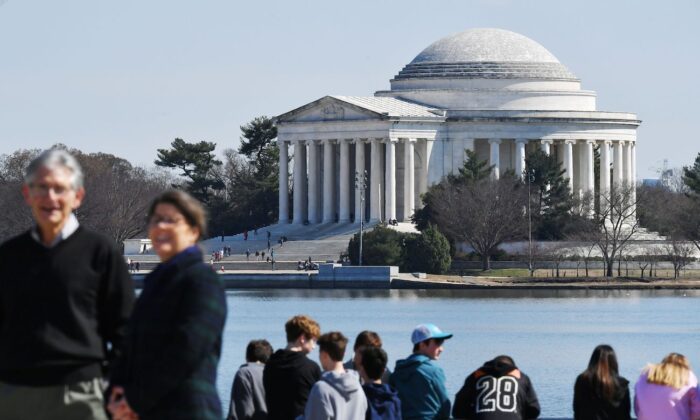 The firing of Justin Shubow and three other members of the United States Fine Arts Commission (they refused to resign, having committed no fault) reveals something disturbing about democracy as it is at present constituted: namely how easily elites may override the express preferences of the majority of citizens, even in matters non-political.

Shubow was the progenitor of President Trump’s executive order that henceforth the classical style of architecture should be the default style of all new federal buildings.

This was soon condemned as dictatorial by the architectural lobby, though it was nothing of the kind. It did not decree that all buildings in America should be built in this style, only new federal ones, a tiny proportion of the total: unlike the modernist architects of the past who wanted to dictate the style of architecture for the whole world, and to a surprising and horrifying extent succeeded, with devastating effects on the beauty of cities everywhere.

Ideally, it should not have been necessary or even advisable to issue such an executive order: good architecture should emerge from a whole culture, spontaneously, as a manifestation of a widespread aesthetic sensibility.

Unfortunately, we do not live in a world like this: and it often seems as if the people with the least aesthetic sensibility of all are precisely those who most need it, namely the architects. They have done everything possible to make the world uglier than it was before they set to work on it.

What is curious about the revocation of President Trump’s executive order and the sacking of Subow et al. is that a large majority of Americans would prefer federal buildings to be in the classical style, rather than in the various, largely hideous styles favored by the architectural cabal.

A larger majority of Republicans than Democrats prefer the classical style, but nevertheless the majority of Democrats who prefer it is very substantial. Here, at least, or at last, is a subject upon which the partisans of both parties can agree.

It is surely odd, then, that a government that calls itself democratic, and Democrat, should turn its back on a policy that is consonant with the tastes and wishes of the majority of the people, and remove the very public servants who would oversee its implementation.

Now it is perfectly true that the government cannot simply do what the majority of the population wishes in any and all circumstances.

From time to time, the majority of the population may wish for something extremely foolish or even wicked. An electoral dictatorship is to be avoided, as the framers of the Constitution very well knew.

But if ever there were a case in which it would be safe to follow the instincts and wishes of the people, this would be it.

To see why, one has only to make the painful comparison between the Lincoln and Jefferson Memorials on the one hand, and the Eisenhower Memorial on the other.

It is sobering to recall that the Jefferson Memorial is far from ancient; it was inaugurated almost within living memory. In other words, the almost complete collapse of architectural taste and ability has been sudden.

You see it in Paris, too, where hardly a single building constructed after the Second World War does not detract greatly from, or even destroy for a considerable distance, the beauty of the city.

As for the City of London, its name should be changed to Dubai-on-Thames—except that this would now be an insult to Dubai.

Why would the administration reverse a popular policy under no pressing necessity to do so?

The first reason, obviously, is that the policy was proposed by its hated and despised predecessor, from which it wants to appear the polar opposite in all things, irrespective of what they are.

The second, probably more important, is that it has an elective affinity with the architectural elite which despises the opinion of the majority as ignorant, ill-informed and uncomprehending, exactly the charges levelled against those whose who did not vote for it.

The fact that this ignorant, ill-informed and uncomprehending public has no problem whatever in “comprehending” the Taj Mahal or Notre-Dame does not give them pause: perhaps it thinks that in five hundred years’ time its own work will finally be appreciated by a more enlightened public.

But how does the administration think it can get away with it? The answer is, easily.

The fact is that, when voters go to the polls, they vote for a package, not for a single item. It is unlikely that the question of the architectural style of future Federal buildings ranks very high in their concerns, and therefore they are not going to choose whom to vote for on its basis alone, however much they might prefer the style of such buildings to be classical.

Therefore, the administration is better off pandering to a powerful activist lobby, that of most architects, than complying with the wishes of a large majority.

There are constant asymmetrical struggles in modern democracies.

There are lobbies on the one hand which are single-minded and focused on a single question. If thwarted, they have the capacity, and the determination, to make a lot of trouble for those in power.

There are large numbers of people on the other hand whose views differ from those of the lobbies, but for whom each of the subjects of the lobbies’ interest is just one thing among many others, and rarely the most important thing at that.

It follows that lobbies may easily prevail over the wishes of the majority, even when the latter are perfectly reasonable, indeed meritorious. In a modern democracy, therefore, there is a constant triumph of what people do not want.

How important is the question of architecture? In my opinion, very—but not everyone agrees. When I grow agitated over some monstrosity or other (which means that I am often agitated when I venture out because there are so many of them), my wife tells me to calm down. What is done is done, she says, and cannot be undone.

But that is precisely the point. It is true that some of these monstrosities, perhaps, could be demolished, but not all of them, so that we are in effect condemning future generations to live in unnecessary ugliness.

Perhaps, growing up with it, they will not realize it, so it will not matter. Perhaps, then, my wife is right after all: but yet, however hard I try, I cannot feel that she is.