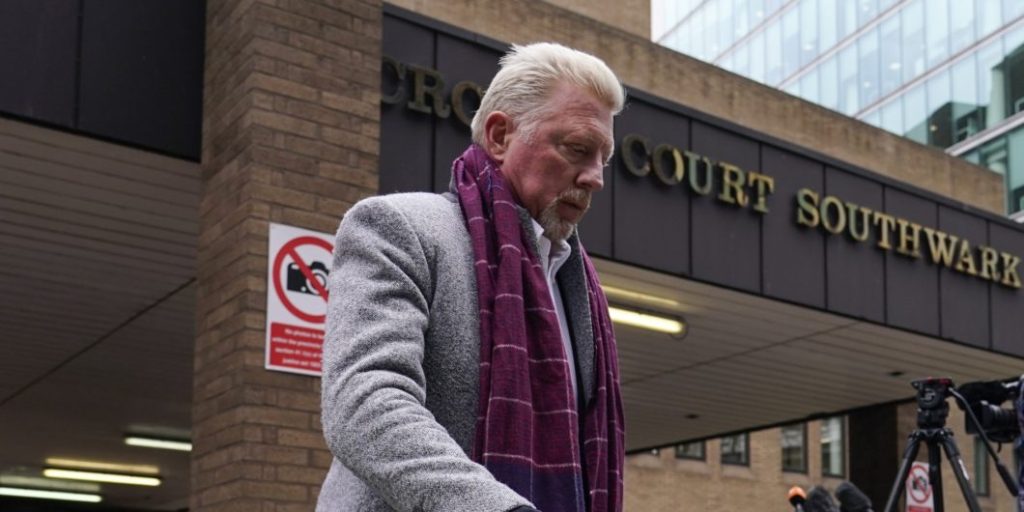 In sentencing the former tennis champion, Boris Becker, to imprisonment for having failed to disclose assets during bankruptcy proceedings, the judge referred to his lack of remorse, which is to say his lack of publicly expressed remorse. The implication was that if he had expressed such remorse, his sentence might have been lighter.

In not expressing remorse, Becker displayed a kind of probity. Either he did not feel it, in which case it would have been dishonest to have expressed it, or he did feel some remorse but refused to express it in order merely to obtain a reduction in his sentence. In either case, he showed himself in a certain respect the superior of his judge.

It is not, of course, that I am against remorse. Never to feel remorse is to be either a psychopath or a saint. But where there are tangible rewards for the expression of remorse, its sincerity must be in question. To demand expressions of remorse in return for the reduction of a criminal sentence is to bring out the thespian in law-breakers, and to punish not according to the crime but (to an extent) according to acting ability. And everyone, no matter how experienced, is capable of being fooled. I do not count myself as being especially gullible, but I recall in particular a man accused of murder who denied it with such seemingly sincere and convincing vehemence that I thought that he must be innocent. Once, however, he had been found guilty, he proceeded in an unashamed, almost proud manner to describe in the most revolting detail what precisely he had done, facts he must have known during his convincing protestations of innocence.

Presumably, the assumption behind the requirement that criminals express their remorse is that remorse is somehow a bulwark against re-offence. But not only is there the problem of knowing when remorse is genuine, but the most minimal reflection suggests that the idea might be false even where remorse is genuine. For example, I am inclined to eat too much, and when I have done so I almost always feel quite genuine remorse, and I resolve never again to overeat. Nevertheless, when the opportunity arises, which it does very soon, I backslide.

Highly educated people are rather inclined to overestimate their ability to detect and defeat cunning, a quality that they both despise and underestimate. A prisoner once told a colleague of mine how to gain the maximum remission of a long prison sentence. On first being received into prison, you should conspicuously misbehave for a year or two, and then gradually calm down until you become a model prisoner, expressing remorse for how you behaved at first. The psychologists will report that you have made immense psychological and moral “progress” and recommend your early release. Just as bureaucrats dispose where politicians propose, so almost any criminal can outwit any psychologist.

The demand that criminals express remorse, preferably in extravagantly emotional terms, in return for lesser sentences, is a manifestation of a cultural tendency to place emotion above reason. I suppose that there is always some pendulum-swing between classicism and romanticism, in the necessary but impossible search for a perfect equilibrium between reason and emotion, but that is no ground for accepting excess, in this case of emotionalism.

It is not only the failure to express remorse that is reprehended. Failure to grieve in an open and even exhibitionistic way has been taken as a sign of guilt (in the legal as well as the moral sense) in prominent cases.

For example, Lindy Chamberlain was found guilty of having murdered her own baby in the outback of Australia, when in fact, a dingo took her baby. As far as some of the media were concerned, her lack of demonstrative grief at the loss of her baby, as they claimed any normal and innocent mother would have shown, could mean only one thing: that she had killed the baby herself. She spent three years in prison for a crime that she did not commit, and if new evidence had not come to light quite by chance, she would certainly have remained in prison much longer. Her lack of remorse—for a crime, be it remembered, that she did not commit—would have counted against her when it came to the possibility of release.

A three-year-old English child, Madeleine McCann, went missing on a family holiday in Portugal. Because Mrs. McCann was so self-controlled and unemotional in public, some of the media as good as accused her of having covered up a fatal accident and disposed of the body. Her self-control was the only “evidence” of her supposed guilt, and it is not difficult to imagine the extra burden that this vile and unfounded slur placed upon her at a time when she must have been in the most pitiable turmoil, fearing but not knowing that her daughter was dead. In fact, it is now very likely that a German man with a long criminal history (no doubt examined many times by psychologists), who was residing nearby in Portugal at the time of Madeleine’s disappearance, was the culprit.

In the wake of Princess Diana’s death, Queen Elizabeth was heavily criticised for displaying no grief: but either she felt none, or she should have been left to her grief in private. To demand public expression of emotion is in effect to demand to be lied to and further to dissolve the distinction between the private and the public.

The modern taste for emotional exposure partakes of two seemingly disparate currents: First, the kind of psychotherapy according to which all contents of the mind must be outwardly expressed for fear of turning inwards and causing a mental abscess of unexpressed thoughts and emotions that eventually bursts. Second, it reflects a kind of emotional Maoism, according to which people have the social duty to confess their emotions to the multitudes. Not only does this demand give rise to emotional kitsch, insincerity, and outright dishonesty, but it infects and corrupts our legal system. Even worse, it affects our ability to think about our lives with maturity. We have forgotten Kent’s warning to King Lear:

Thy youngest daughter does not love thee least;
Nor are they empty-hearted whose low sound
Reverbs no hollowness.

Prev“Who Will Be [Killed] Next?” asks the New York Times
Shabbat Bechukotai ShalomNext