Ending the Plague of Antisemitism 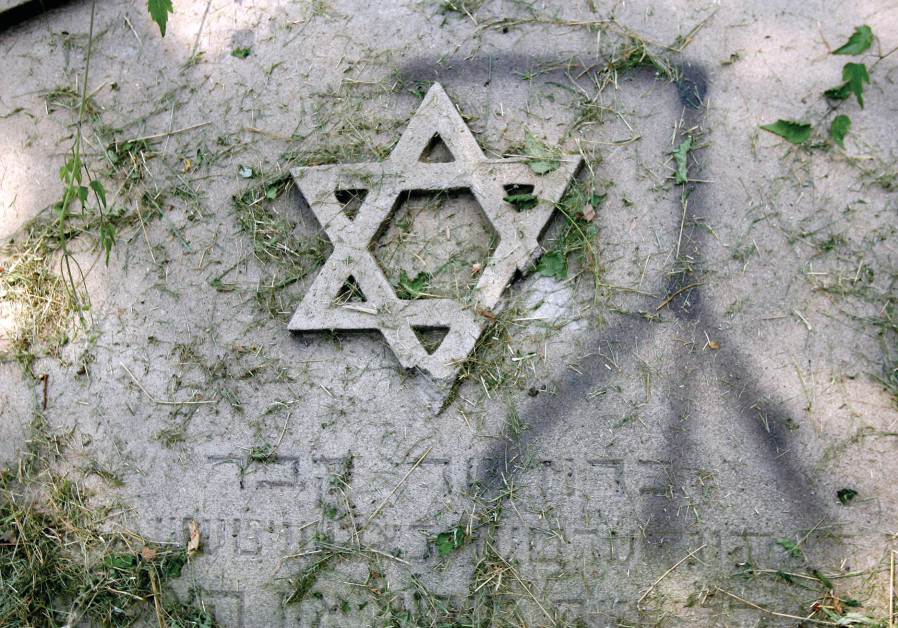 It may be true that the world today lacks individuals who voice the kind of grand theories familiar in the past. But in many countries there are individuals engaged in critical thinking and reflection on political and social problems in the public sphere, often committed to particular causes or points of view. Among them are public intellectuals, thinkers and philosophers known to the general public as a result of their commentaries on public affairs. High in this regard is France, a country with intellectuals appreciated, either admired or loathed, for their views and guidance on public issues.

The disease of antisemitism is not new to France, and has  been increasing, but a new threshold in response to it was set by the displays of outrage as a result of the verbal assault on Alain Finkielkraut, a well known intellectual who was walking on the Boulevard du Montparnasse in Paris on February 16, 2019. The perpetrators were a small group, members of the gilets jaunes,Yellow Vest movement. The main suspect is a salesman from Mulhouse in eastern Alsace. The group shouted at Finkielkraut in non-academic terms, “dirty Zionist shxt,” and “Go back to Tel Aviv,” and “France belongs to us.,” among other choice expressions.

Alain Finkielkraut is a 69 year old Jewish philosopher, eminent man of letters, and public intellectual, distingished academic, since 2014 a member of the Academie Francaise,  the prestigious Council of 40 concerned  with matters related to the French language. Contrary to the fabrications of the Yellow Vest, YV, attackers, he was born in Paris though his father was a Polish Holocaust survivor of Auschwitz. Ironically, Finkielkraut initially supported  the YV movement when it started two months ago, but then criticized its members for destruction without regard for anyone or anything.

Finkielkraut emerged in public in the May 1968 student revolt, and in 1987 with his book, The Defeat of the Mind, that was critical of postmodern philosophy, and of cultural relativism. He is a controversial figure, appearing on TV, writing articles for prominient newspapers, and giving interviews, known as an opponent of mass migration into France, a critic of multiculturalism, and defender of the West. He is a concerned with Jewish identity in postwar Europe, and a strong advocate of Israel. Since he was addresed by the YV attackers as a “dirty Jew,” the Paris prosecutor is inquiring whether this is a crime, a public insult related to origin, ethnicity, race, or religion.

Finkielkraut is not the only prominent Jewish figure to be assaulted. Another was Simone Weil, survivor of Auschwitz and Bergen-Belsen, French Minister of Health, proponent of women’s legal rights, advocate of legislation for abortion in 1975, and for a ban on smoking, president of the European Parliament, appointed to Academie Francaise in 2008,. She is the fifth woman in history to be given, in July 2018, a burial in the Pantheon in Paris. Swastikas were painted on public postboxes which had her face on them.

On February 18, 2019 a group of French members of the National Assembly introduced a bill to make anti-Zionism a criminal offence in the same way that antisemitism is illegal in France. This touches on a controversal issue. For many years, critics of the State of Israel or its actions or political figures have argued that such criticism is appropriate, and that conflating this with antisemitism is misguided. Others have responded that though criticism of Isrseli actions or policies is legitimate, calls for the destruction of the State, or espouser of BDS can be regarded as a manifestation of antisemitism.

Central to the issue is the accurate and acceptable definition of the disease of antisemitism. A valuable, if still controversial, working definition has been provided by the IHRA, International Holocaust Remembrance Alliance, a group of 31 countries. It started in October 2013 as a statement on Holocaust denial and discrimination, followed at a meeting in Bucharest on May 26, 2016 by a fuller definition of antisemitism. All parties an agree that antisemitism is a certain perception of Jews which may be expressed as hatred towards them. All can also agree that criticism of Israel similar to that levelled against any other country cannot be regarded as antisemitism.

The basic problem is not all parties agree that a double standard exists for many countries and organizations by requiring of Israel a pattern of behavior not expected or demanded of any other democratic nation. The significant, though controversial, contribution of IHRA to the definition is that antisemitism includes targeting the State of israel conceived as a Jewish collectivity. Because of the international incessant condemnation of Israel, anti-Zionism is one of the modern forms of antisemitisn. The IHRA declaration is not legally binding, but it is a guideline, and one that was accepted by Britain and Germany in 2016.

It was also accepted by President Macron on February 20 2019. “We must name the evil: antisemitism is hiding  behind the mask of anti-Zionism. The time has come for action.” Macron acted immediately by declaring no toleration of antisemism, ordering the French Interior ministry to dismantle three neo-Nazi groups. He visited the Holocaust memorial in Paris. Macron responded immediately to the attack on Finkielkraut, asserting that the antisemitic insults are the complete negation of “who we are” and what makes France a great nation. Antisemitism is a repudiation of the Republic. Other prominent public figures followed his example: Francois Hollande and Nicolas Sarkozy joined the demonstration of thousands of people in Place de la Republique in Paris who displayed banners with Ca Suffit, that’s enough.

Macron denounced the unacceptable increase in acts and hate speech which he linked to the recent wave of demonstrations against his government, by the Yellow Vest rallies. Antisemitism is not a slogan of the YV movement, but there are extremists among its members responsible for racist and antisemitic remarks, as well as attacks on legislators. It is sad that some in YV believe in a Zionist plot or conspiracy. In a sense, their behavior resembles that of the African-American actor Jussie Smollett charged in Chicago on February 21, 2019 for filing a false report that he was attacked for racial reasons.  In both cases the perpetrators took advanatage of justifable anger at expressions of racism and existing discrimination to spread their message of hate.

More attention is now being paid in France to antisemitism that Christophe Castaner, Minister of the Interior, says is spreading like a poison. In 2018 there were 641 antisemitic acts and threats, an increase of 74% from 311 in 2017.

A few can be mentioned. Graves, more than 90, of Jews were vandalized wih swastikas in the cemetery in the small village of Quatzenheim, a village near Strasbourg. Macron, wearing a skullcap, attended the ceremony at the gravesite.

Among the more egregious previous antisemitic attacks in 2012 were: the  killing of four people, a rabbi and three children, in the Jewish school in Toulouse in southwest France; the murder of Ilan Halimi, a 23 year old phone salesman, of Jewish Moroccan ancestry, who was kidnapped and tortured for three weeks in 2006 and died from burning injuries on the way to the hospital. A tree planted in his memory in the Paris suburb of Sainte-Genevieve-du-Bois was chopped down. On February 19, 2019 two teen agers were arrested after firing, by air rifle, at a synagogue in the Paris suburb of Sarcelles. The next day, February 20, two swastikas accampanied by a phrase denying the Holocaust were painted on a monument in a Jewish cemetery in Champagne-au-Mont-d’Or, near Lyon.

You don’t have to be Jewish to like bagels, but a bagel factory, of the Bagelstein chain, in the east of Paris, in the Ile Saint-Louis district, was defaced with the word “Juden”  in German painted in yellow across  the window. It is unclear whether the color referred to the YV movement, or to the Star of David armbands Jews were fotced to wear by Nazi Grmany.

French politicians have asserted that antisemitism is deeply rooted in French society. The country is famiiar with attacks on Jews or Jewish institutions by political extemists and Islamists, but the link to Yellow Vests came as a surprise. The disease of antisemitism may be turning into a plague. Radical surgery is essential to correct the severe cancerous threat to society in France as elsewhere. We must recognize , as Albert Camus, wrote in The Plague, that the next plague will “rouse up its rats again.” The political surgeons are vital to save society.

PrevPanodrama ~ live from Salford
The SNC-Lavalin affair is overblown, but the Liberals still bungled itNext