The rally has started in Salford outside BBC North in Media City. I have a live feed from a facebook page – if you have FB you can find it via Panodrama – Unity News Network video. Avi Yemeni has come from Australia. 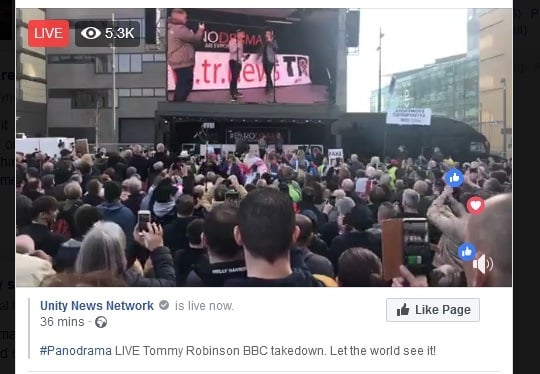 Currently Richard Ingham of veterans against terrorism is speaking. The film will be shown later; people are still arriving by tram from central Manchester.

Tommy has arrived and is about to speak 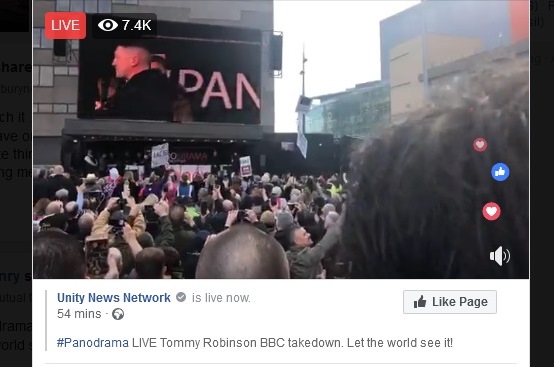 The camera has swung round to show the crowd; it looks like a good turn out and more on the way. Trouble with the trams apparently. 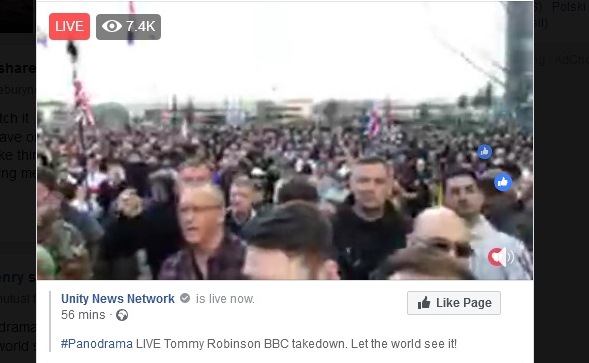 Gerard Batten leader of UKIP is now speaking. He spoke very well, in my opinion, about Brexit and related matters.

Estimates of the crowd have gone from 5000 to 10,000. There are now video and musical interludes until the Video is ready.

There was a break in transmission, but now I have found the new stream I can see that Tommy’s documentary has begun. 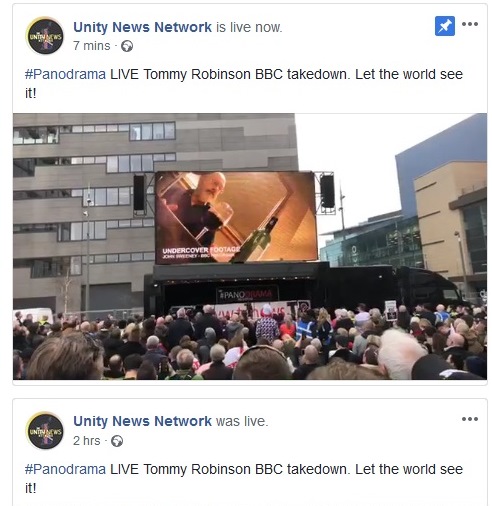 I think this new link to the FB page should work.

The programme has been shown, thanks and tributes now being heard. 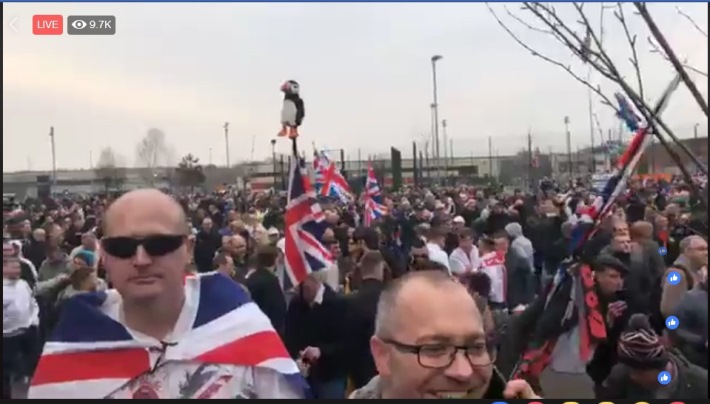 The crowd is dispersing to the sound of Sweet Caroline; no trouble, good natured policing.

Unity News Network did an excellent job. I gather other streams failed or were taken down during the afternoon. As soon as I have a link to Panodrama first hand, not videoed from a public access screen I will link to it and can watch it myself with proper concentration. I could see tha BBC misuse of expenses was tackled, and underhand tactics in trying to induce friends and colleagues of Tommy to spill (or make up) dirt.

Hope not Hate are not happy.  I didn’t expect them to be really.

Stephen Yaxley-Lennon launched a ludicrous attack on HOPE not hate at his demonstration in Salford earlier today. Here’s our response:

HOPE not hate totally refutes these bizarre and idiotic allegations. This is just a desperate attempt by Stephen Lennon to derail a programme that will unmask his criminality, threatening and bullying behaviour and racism.

The UAF/SUTR/Momentum/Trade Union counter protest dispute the figures of the size of the crowd to see Panodrama, (the BBC, which will be a conservative estimate, say 3000) while simutaneously declaring that their crowd of 700 was ‘a good turn out’ but demanding that more people turn out ‘if we’re going to defeat ‘Tommy’ and his lot,’

Picture from Getty via The Star 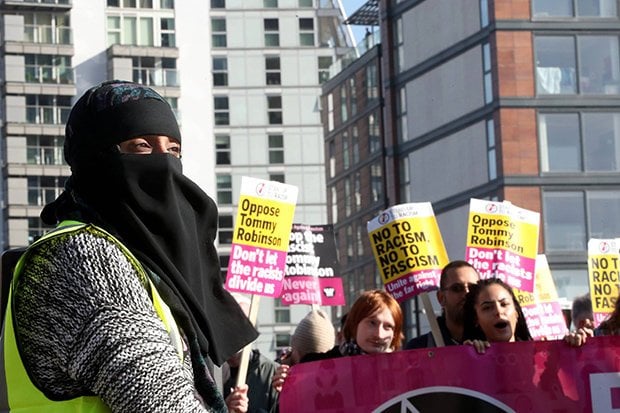 PrevDr. Ali Al-Siba’i: Why Do the Descendants of Apes and Pigs Rule Over Us?
Ending the Plague of AntisemitismNext