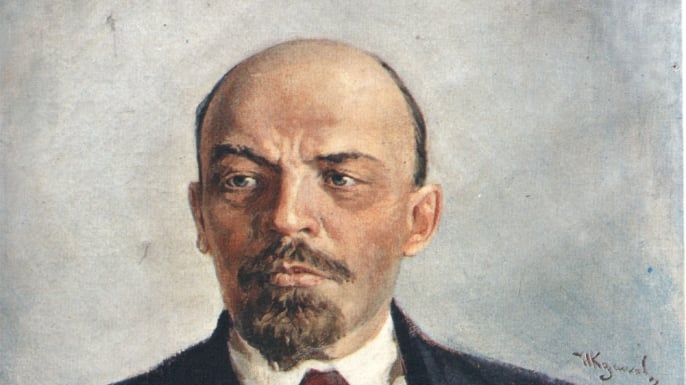 In his BBC broadcast of October 1, 1939 Winston Churchill spoke of Russia as “a riddle wrapped in a mystery inside an enigma.”  His words have often been quoted, but the remaining words of his sentence are less familiar. Churchill continued, “Perhaps there is a key. That key is Russian national interest.”

Eighty years later, the view of Russia as an enigma preoccupies American politicians and news commentators. Yet, it is evident that pursuit of national interest is still the key to Russian policy. Not surprisingly as a large nation, about one-eighth of the world’s land mass, an influential history and important culture, Russia strives to be a great, even global power, and a member if not an equal partner at the international table of countries playing a role in resolution of pressing problems such as Syria and international terrorism.

However, instead of discussing what Russian national interest might be, the media is preoccupied with casual meetings between American politicians and Russian officials, including President Vladimir Putin. In the real, not fanciful conspiratorial, world, it is perfectly acceptable for members of all political parties to meet with foreign diplomats, without arousing allegations or suspicions of any sinister motive or secret alliance. No rational person would conclude after seeing the photo of Senator Chuck Schumer meeting with Putin, both smiling and having coffee and doughnuts, that an investigation into the content of the coffee as well as into the nature of the conversation was required in the national interest.

It is unfortunate that some in the American political and media sectors are preoccupied with the fantasy that intervention by Putin and Russian associates alone determined the result of the U.S. presidential election and the victory of Donald Trump. It is equally absurd that two brief meetings of officials such as that of now Attorney General Jeff Sessions, then chair of the U.S. Senate Armed Services Committee, with the Russian Ambassador to the UN, Sergey Kislyak in July and September 2016, should be scrutinized as if part of some international conspiracy or interference in American politics.

President Putin, in an hour long comprehensive press conference on  December 19, 2016 dealt with the issue among many others. He claimed that after the US election, the current U.S. Obama Administration and leaders of the Democratic Party were trying to blame all their failures on outside factors. He asserted the Democratic Party had lost not only the presidential election, but also the Senate, “Did we, or I also do that? He delivered the message, the defeated party always tries to blame somebody on the outside. His advice was ,“It is important to know how to lose gracefully.”

In this year commemorating the 100th anniversary of the 1917 Russian Revolution, it is more useful for Senators as well as the Trump Administration to discuss and assess Putin and his policies in the context of the Russian national interest. Who is this former KBG operative, ruthless, with tight control over government and increasing executive power, but also apparently revered as a highly popular, father-like figure?

Is Putin the embodiment of Russian pride and patriotism? Is his strong personal governance of the country reminiscent of the Czarist regime that lasted 300 years and that ended on March 2, 1917 with the abdication of Nicolas II, or the incarnation of Vladimir Lenin and his revolutionary viewpoint, or the reincarnation of the ruthless Josef Stalin, or a new version of the more moderate Alexander Kerensky, prominent in the February 1917 revolution, or a malevolent figure, the godfather, as Masha Gessen in her book The Man without a Face, asserted, “of a mafia clan ruling the country?”

Irrespective of how U.S. politicians assess Putin, he is certainly no democratic exponent or upholder of free speech. Too many critics of his policies have paid the ultimate price. Among many other well-known people who have lost their lives are: Valentin Tsvetkov, crime fighter, killed on October 18, 2002, Alexander Litvinenko poisoned in London on November 23, 2006, Anna Politkovskaya, critic of the Chechen conflict, shot four times on October 7, 2006, and Artyom Borovik, courageous journalist opposed to the Afghan war killed in a suspicious aircraft crash on March 9, 2000, and a number of members of the Duma, the Russian parliament.

In this 100th anniversary of the 1917 Revolution can the attitudes of contemporary Russian leaders to the Revolution provide insight into the view of current national interest? Instead of the unitary triumph of the Bolsheviks the events of 1917 were more convoluted and that complexity seems now to be recognized. There were of course two Revolutions, in February and October, with the feuding political competing bodies, the Duma, the provisional government, the Soviet of Petrograd, and the capture of power by the small Bolshevik party led by Lenin.

At first the 1917 October (or November) was commemorated for many years with a large military parade incarnating the power of the Soviet state, and implying the approval and complicity of the majority of the population. That tradition was ended in 1996 and the celebration of the great Socialist Revolution Festival became the day of Concord and Reconciliation. The transformation is symbolic of Putin’s preventing a repeat of 1917 with its convoluted cast of characters and political organizations, Bolsheviks, Mensheviks, Bund, Octobrists, Social Revolutionaries, Trudoviks, and KD, constitutional democrats, by instituting strong government control of Russian society. Nevertheless, there is no official narrative of the meaning of 1917 and Putin is unclear and perhaps uncertain on the issue. It is interesting that he recommended on December 19, 2016 the creation of a committee to organize future commemoration.

The problem is assessing Russia and Putin in particular in the context of 1917. For the Western world, the crucial and threatening statement came from Lenin. On his arrival on April 16, 1917, after exile in Switzerland, at the Finland Station in Petrograd, now St. Petersburg, he declared that “We must fight for the social revolution, fight to the end, until the complete victory of the proletariat. Long live the worldwide socialist revolution.”

Today, Putin does not herald a worldwide socialist revolution, but he is a believer in a strong Russia. Part of the czarist and former regimes, at least the powerful Vladimir the Great, Prince of Kiev, and even the ruthless Ivan the Terrible are remembered if not glorified, and the Orthodox Church is gaining members. Yet, before Putin, nostalgia of the Soviet Union had already virtually ended with the rule of Leonid Brezhnev.

Interestingly, as if to illustrate the complexity of Russian national identity, an art exhibition in St. Petersburg in February 2017 featured a canvas with Czar Nicolas on one side and Lenin on the other. Visitors to Red Square in Moscow notice that on one side is Lenin’s tomb, and that on the other side is the GUM Department store with fashionable and expensive products from exclusive boutiques, and stores such as Cartier and Louis Vuitton.

Russia is torn between honoring the achievements, military and scientific, of the Soviet Union, and the desire to create a normal state. This is tension between honoring revolution and need for stability. The Orthodox church honors the Czar family that was killed by the Bolsheviks, but a metro stop is named after Pyotr Voikov, who was involved in their murder by gasoline and sulfuric acid. Statues of Stalin have disappeared, but those of Lenin remain.

In his virtual “state of the union” address, 70 minutes long on December 1, 2016, Putin showed awareness that Russia must be responsive to political and economic challenges. He explained reasons for Russian economic slowdown, internal problems, difficulties of investment s and modern technology. Besides speaking of domestic issues and the economy, Putin spoke on foreign policy, commenting there is a need for cooperation among nations and that Russia does not want confrontation with anyone. What was important was his conciliatory tone and call for better foreign relations. He counted on the alliance with the United States in the fight against the real threat of international terrorism, rather than fictional ones.

Trust but verify is still in order. It is now up to sensible members of the U.S. Senate as well as the Trump administration to explore the possibilities of such an alliance, and to deal with real issues confronting the two countries.