Everyone a Law Unto Himself

A U.K. Green Party candidate is acquitted of criminal damage because of her concerns about climate change. 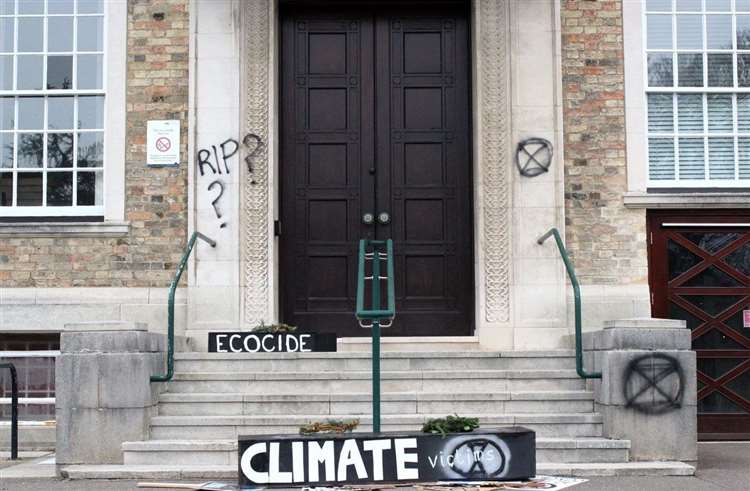 One of the perpetual criticisms of Western legal systems is that they apply one law to the rich and another to the poor. Magistrates in Cambridgeshire, England, recently did their best to substantiate this criticism. A woman named Angela Ditchfield, who had been a parliamentary candidate for the Green Party, was arrested for having defaced the offices of the county council by spray-painting them with symbols of “Extinction Rebellion,” the radical ecological movement whose demonstrations have brought chaos to London and elsewhere.

She was charged with criminal damage. Her defense was that, by so doing, she was defending her property (her house) from imminent damage caused by climate change. Astonishingly—and alarmingly—the magistrates accepted her defense and acquitted her. In delivering their judgment, the magistrates said:

We find that you have a very strong and honestly held belief that we are facing a climate emergency, that you acted on the spur of the moment to protect land and homes under threat from climate change, believing that immediate protection was necessary, and the action could be said to have been taken to protect property, and that you believed action chosen was reasonable in all circumstances.

The socially destructive effect of this judgment, if it were to be generalized, hardly needs emphasis. The judgment made honestly held belief, however absurd, a defense against what would otherwise be a criminal act, and it therefore made everyone a law unto himself. It is difficult to see how daubing council offices with paint could have any practical effect, other than an additional cleaning bill for the council. Could anyone’s house in Cambridgeshire really be considered in immediate danger from climate change? Normally, an affirmative defense to a charge of criminal damage on the grounds of averting or reducing danger requires an obvious and patent danger, such as flood or fire. A belief that the end of the world is nigh does not suffice.

Obviously, the magistrates, as weak of mind as of character, were acting in a politically biased manner. If a person with “a very strong and honestly held belief” that Britain was being Islamized had daubed the council offices with a slogan to that effect, he would (quite rightly) not have been acquitted. If the accused had been an unemployed young male lout dressed in international slum-ghetto costume, he would not have been acquitted, either. Thus, there is one law for the bien pensant and another for the rest of us.

The Extinction Rebellion demonstrations have not been without their effect. Recently, the police in London have spent more than twice as much on trying to contain them than they have spent on a special force to deal with the increasing number of violent crimes in London. But then, violent crime affects mostly the poor and ethnic minorities, so it is not very important by comparison with, say, the distant and purely hypothetical damage caused by global warming to the property of parliamentary candidates for the Green Party.

PrevPrimark security guard convicted of raping and sexually assaulting teenage shoplifters
The Wrath of Grapes: The EU and Israel WineNext