EXCLUSIVE: Back on the streets: Two members of Rotherham grooming gang are quietly freed from jail after serving just HALF of their 10 year terms for rape offences

Two members of the Rotherham grooming gangs who sexually abused and trafficked up to 1,400 girls have been quietly released from jail after serving just half of their sentences.

Qurban Ali and Tayab Dad, (left to right below) who were both handed 10 year sentences for their part in the abuse scandal, were automatically released on licence half-way through their sentence. 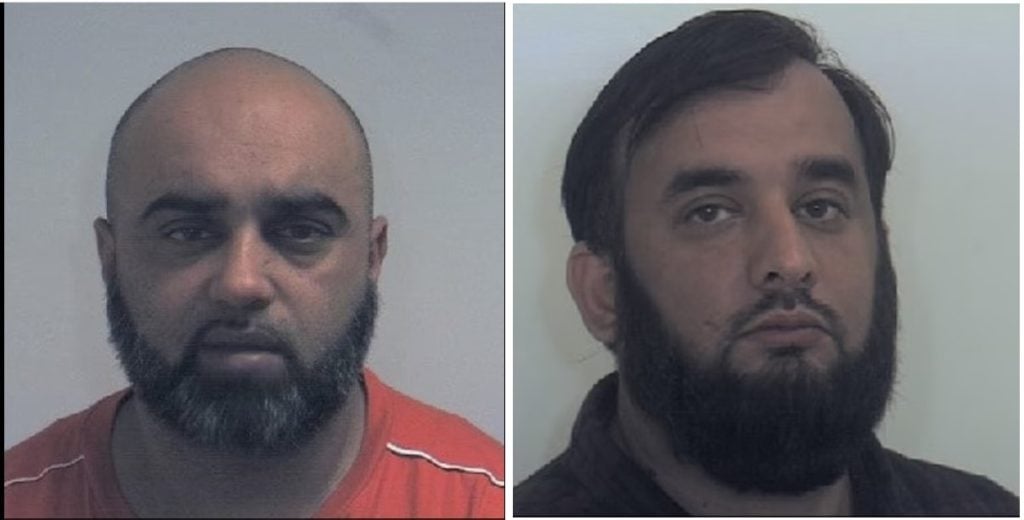 Under the current legal system, a prisoner serving a determinant sentence for a fixed length of time, will be released under the supervision of the probation service after serving half their term.

MailOnline can reveal that Ali, 59, jailed in February 2016, after being found guilty of conspiracy to rape, was released in ‘early’ 2021 and is currently on probation.

Similarly, Dad, 40, who was found guilty of one count of rape at a second trial in February 2017, was released from prison in the first few months of this year.

Both men are currently on license, with strict conditions, although it is not known whether this restricts their movement or prevents them from returning to the Rotherham area or south Yorkshire.

Because of the legal rules in place governing inmates’ rights under determinant sentences, officials were unable to refer their cases to the Parole Board for assessment.

The news that two members of the Rotherham grooming gangs are out on the streets just five-years after being sentenced for being part of the UK’s worst child abuse scandal, will shock campaigners.

The Government is concerned about the rules around determinant sentences and automatic release and is considering legislation to make it harder to walk out of prison without fulfilling certain conditions.

MailOnline’s revelations that Ali and Dad are the first of the grooming gangs to be released, (the Mail is mistaken here; a lot have been released, including the notorious Rochdale 3 who have spent the last 3 years wriggling out of the deportation orders given for the ends of their sentences.) comes days after the publication of a report by the police watchdog the Independent Office for Police Conduct (IOPC).

The long-awaited investigation – which took eight years to publish and cost £6m – found officers in South Yorkshire ‘failed to protect vulnerable children’ following a series of offences carried out between 1997 and 2013.

A total of 47 current and former officers were investigated by the IOPC – but none were fired, despite 265 separate allegations being made by more than 50 complainants. The report came days after officials at Oldham Council and Greater Manchester Police apologised for failing to protect victims of grooming gangs in Rochdale around the same time.

…the father of (a) survivor told the Mirror of his anger that there was no criminal proceedings launched against officers, even though he was previously arrested himself for breaching the peace as he tried to rescue his daughter.

He said: ‘It is the biggest disgrace I’ve ever known. It’s insulting to every single girl and family member. They’ve just turned a blind eye like everyone else. I find it very very sickening and absolutely atrocious that we have not seen any justice for this at all.’

The IOPC report detailed how one parent concerned about a missing daughter said they were told by an officer ‘it was a ‘fashion accessory’ for girls in Rotherham to have an ‘older Asian boyfriend’ and that she would grow out of it’.

The document revealed how the watchdog upheld a total of 43 complaints made against the force. These blunders included: Telling one girl’s father nothing could be done because of ‘racial tensions’ surrounding the investigation.  I will continue to repeat that one because it goes to the heart of this atrocity.

The Ministry of Justice refused to comment on the release of Ali and Dad.

PrevShabbat Shlach Shalom
Terror investigation after two dead and 14 wounded in shooting at Oslo nightclub; arrested man a Norwegian citizen who is originally from Iran.Next