Extremists and the Pleasures of Destruction 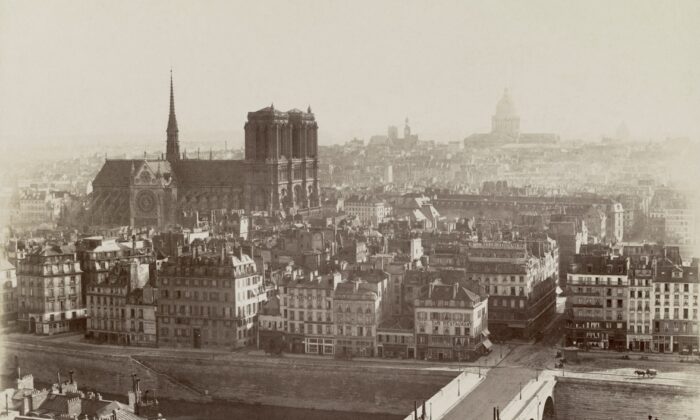 It is a matter of speculation how far a person’s political opinions are determined by his temperament, his circumstances and his ratiocination, but it is certainly true that many extremists make their choice young, burn their boats and then cannot return, at least for a very long time, to normal life.

For personal reasons unnecessary to go into, I was reading recently a biography of the French anarchist of the Belle Époque, Alexandre Jacob (1879–1954). He was a very interesting person. He left school early and by the age of 14 he was planning explosions with dynamite. He became a very accomplished and prolific burglar of the houses of the wealthy, using the proceeds not to enrich himself but to fund anarchist organizations—rather a contradiction in terms, one might have thought.

Once, burgling the house of someone whom he had thought to be a rich aristocrat, he discovered that the rich aristocrat was in fact poor, and therefore took nothing from the house. But he was not always a model of chivalry, and was quite prepared to kill the police, whom he regarded as paid lackeys of the rich. During his eventual trial his allies threatened the jurors, and (such was their sense of justice) their wives and children, with death if they passed too harsh a verdict on him.

Jacob was eventually sent to the prison in French Guiana for life, which was a kind of death penalty that dared not speak its name, for the average life expectancy there was 5 years, the number of deaths every year being more or less the same as of the new prisoners so that the prisoners never grew more numerous. Nearly 380 of the 500 prisoners who arrived with him died within six months of arrival.

While imprisoned, Jacob killed two people and tried to escape 17 times. But he was highly, even brilliantly, intelligent, and calmed down with age. Eventually he was released, and became a reasonably successful businessman in France until the German Occupation ruined him (he refused to take advantage of the opportunities offered by the black market). He never expressed regret for what he had done, but did express doubts about the wisdom of violent action. He committed suicide at the age of 75.

In his adolescence, Jacob, who hated the rich ex officio and almost denied them their humanity, was impressed by anarchist literature, with passages such as the following: “It is important to demolish all buildings that are a symbol of oppression. No vestige of the past shall be respected. All monuments that could serve as a rallying point for any authority whatever should be destroyed, without pity or remorse. Blow up churches, convents, barracks, prisons, town halls.”

Then there is to be a bonfire of records of public debt and marriages, share certificates, mortgages, in fact all documents relating to the present state of affairs. The writer continues: “All this will seize your heart because you will say, ‘Notre-Dame and the old Gothic cathedrals into which our ancestors put their soul are masterpieces.’ But while they remain standing, the human mind will not be able to free itself of the prejudices of which they are the stone embodiment … the best would be to destroy the museums despite the protests against revolutionary vandalism and the curses of future archaeologists.”

I don’t suppose I have to point out the analogies with certain youthful political groups today. There have long been people who could look at the Taj Mahal, say, and miss altogether its sublime beauty, and proceed at once to lament and reprehend the social injustice that must have been required to build it, at a time when most people were at, below, or barely above the subsistence level.

There is a certain kind of person who, walking through Versailles, wonders first how they could ever have dusted it or kept it clean; but this kind of person is now outnumbered by the kind who sees in every monument of the past the injustice of the society in which it was produced, as if it were injustice turned to stone.

It goes without saying that the justice with which the iconoclasts and vandals are obsessed is always of a very peculiar sort (it continues to surprise me how little protest there is against the very expression racial justice, than which few expressions could be more racist); but at any rate they are always judging the past, as they judge the present, against an impossible standard of perfection—perfection, that is, according to their own conception of that the world ought to be.

If we take the Belle Époque in which Alexandre Jacob grew up, it goes without saying that there was very much wrong with it. The regime of the Third French Republic was less enlightened, and certainly more hypocritical, in its penal policy than was that of the preceding Imperial regime of Louis Napoleon or, a fortiori, of the present day: but that would hardly be reason to pull down all of Paris that was erected during it, or to burn the books that were produced during it (including the many that were published exposing the cruelty of the prisons of French Guiana).

The destructive urge, said the anarchist Bakunin, is also a constructive urge. But the urge to destroy as such, that is to say irrespective of what is destroyed, is not at all constructive, on the contrary.

To destroy, to smash, are primitive pleasures, and when they are allied to an ideological purpose—the promotion of a religion, social justice, and so on—it is a pleasure of almost orgasmic intensity. Indeed, to throw a brick through a window in the name of the good of humanity—could any pleasure be greater?