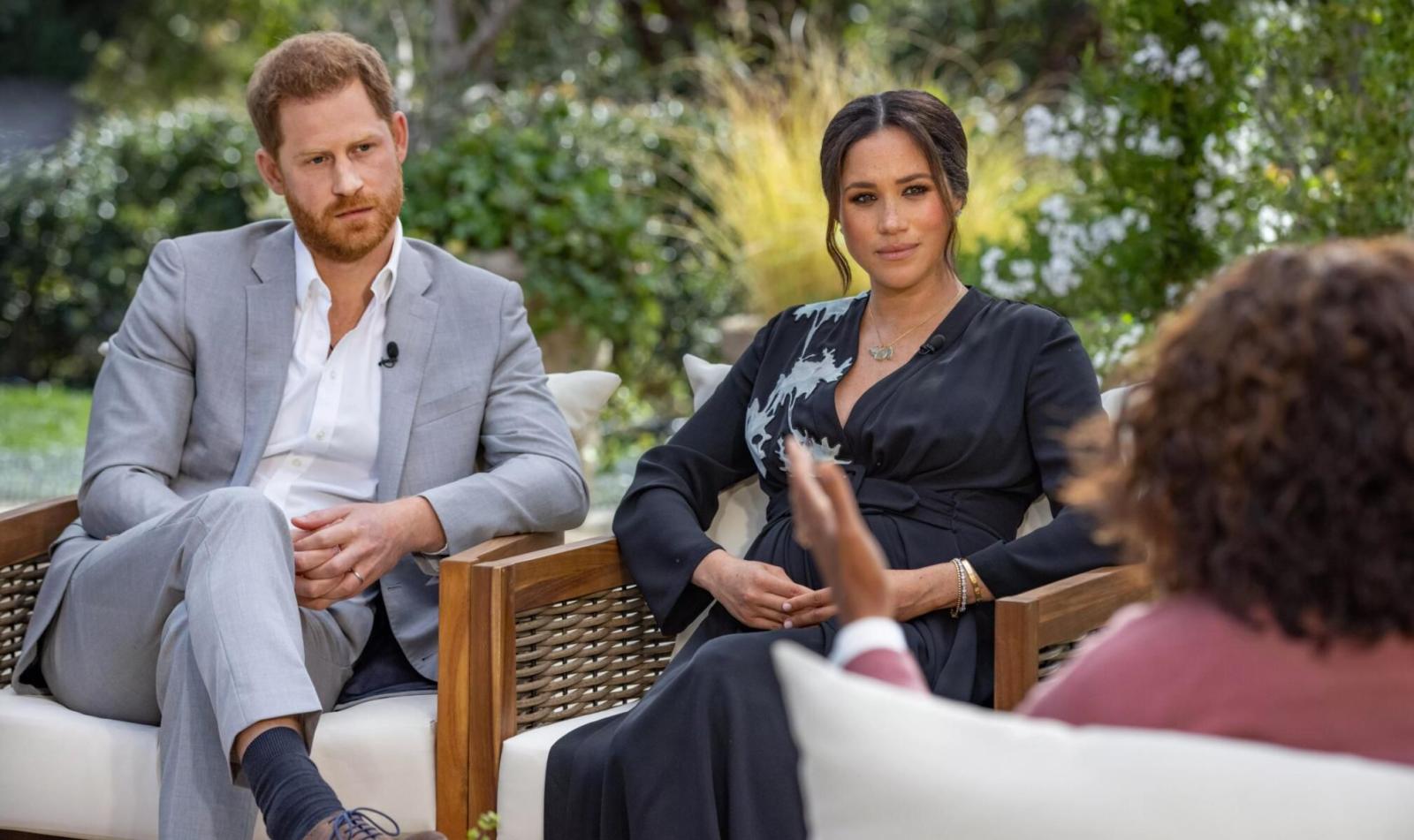 In the final scene of the Hollywood film noir Chinatown, released in 1974, a character says to the disappointed private detective, “Forget it Jake, its Chinatown.” This enigmatic line is perhaps a comment on the manipulation of a vital resource, water, the key to the story, but implicitly it is a pessimistic metaphor for failure, for inability to change things, that falsehoods, deceit, and corruption would persist, that the truth might not be found, and that it’s futile to try to fix the problem. The latest Hollywood production, the highly touted interview by Oprah Winfrey, not as skillfully directed as the film by Roman Polanski with its intervals for 30 second commercial ads costing $325,000 every few minutes, has similar overtones of flawed vision, sanctimonious utterances, and nebulous climax. Cui Bono, who benefits? The interview has no happy ending, except for CBS and Winfrey, whose Harpo company received $9 million with their spectacle watched by 17 million viewers in the U.S., and who may be considered a nominee for an Oscar for her provocative performance, inciting conflict and aggression, rather than compassion or conciliation.

The interview was supposed to be a “bombshell” with shocking revelations about the misdeeds of the Royal Family and the insensitive way in which its members treated the Sussex duo, but the bombs exploded in a different direction than was anticipated, and were imprecise in substance. The related Sussex story of a troubled prince and an independent skilled actress becomes a narrative of victimhood in which the reality of their suffering differs from the public perception, presented by the “tabloids” of their actions. There are allusions to unnamed place intrigue, to vague gossip, to the offenses of “tabloid journalism,” and to their difficulties both before and after stepping down as senior members of the Royal Family. Though neither Harry or Meghan named individuals, they alluded to tensions within the Royal Family, and asserted that the Duchess was not adequately welcomed. The picture is a modern day film noir, replete with shadows, being in “a dark place,” and suffering a “lot of hurt,” and assertions that cannot be tested.

The Sussex duo are not strangers to publicity or to a team of helpers.   In September   2019 Meghan became the first person to guest edit British Vogue , working for several months on the subject of women trailblazing changemakers. In 2007 in an interview in Vanity Fair the duo were assisted by a Palace PR team and by a LA based PR firm. They got help from Tim Burt of the firm Teneo, with advertising executive David Furnish, with Tom Bradby, ITV news anchor, and a U.S. group led by talent agent Nick Collins. Meghan cultivated a personal relationship with media figures while in constant consultation with a team of U.S. advisers and the Palace staff. She had control over her media interviews.  Ironically, for people desirous of a private life, they now live near Hollywood, the heart of paparazzi.

Meghan and Harry have now told their versions of their surprisingly unhappy relationship with Buckingham Palace. A central argument is that Harry, 6th in line for the throne, was “trapped” by royal life, as well as being cut off financially after announcing plans of stepping back from royal duties. Harry agreed he was trapped, and didn’t know it until recently, and thought his father and brother William were similarly trapped.

Meghan was not trapped in the same way but confessed she was naïve about the rules of public life, and did not fully understand what the job, of being a member of the Royal Family, was. No one prepared her for the job. Imagine her surprise that she had no license, passport, or credit cards which were turned over to the government. Clearly, she was not familiar with Walter Bagehot.

In popular parlance the British monarchy is the epitome of pageantry, romance, drama.

In his classic 1967 book The English Constitution, exploring the nature of the political system, Walter Bagehot wrote of the mystic reverence, essential for the monarchy, the unifying figurehead, the focus for national identity and unity, a model of public service. The monarch has no direct political power and is non-political. The incumbent is the not only the formal head of state but also the head of the nation, acting according to rules and conventions established through the years.  Much of the functions of the monarchy may be theatrical in nature, and Bagehot warned that the mystery of monarchy is its life, “we must not let in daylight upon magic.” The problem is that first Diana in her tragic psychodrama and now Meghan, with little interest in public service and her fondness for celebrities, have focused a spotlight on the Family.

The full glare of that spotlight is concentrated on a number of issues. First and foremost is the allegation by Meghan of the lack of support and lack of understanding of her by the Royal Family, RF, or the Firm.  At times she asked for help but was not being protected. The image of events did not correspond to the reality.  She saw her job as one in which she had to smile but she was given directives and not able to comment. At first the RF was welcoming, but this changed after the Sussex successful Australian tour in October 2018. That success was not well received by the Palace. The implication is that this was the first time the RF perceived she was successful, and as a result jealousy developed. Again, a parallel was drawn with the case of Diana as a result of the royal tour of Australia in April 1983 which made her very popular and an international star and led to jealousy by Charles.

The lack of support had important consequences. Meghan told of the strain that affected her mental health leading her to suicidal thoughts and a lost will to live. She appealed for help but was rejected by unnamed people. Harry too blamed the British press for affecting his mental health. Both Sussex complained they had been treated unfairly by the press and that their privacy was invaded. However, they took action. One result was that Meghan successfully sued the press for publishing articles reproducing extracts of her letter to her father.

Meghan with histrionic callousness contradicted the rumor that she had reduced Kate, Duchess of Cambridge, to tears on the occasion of a dispute of what flower girls should wear at her wedding.  For her the opposite was true. One may assume  that this was one demonstration by a lady who was eager to star,  not be a supporting player, and whose husband was only 6th in line for the throne. The event illustrates the rift in the RF. The once popular Fab Four has disintegrated as the two royal brothers and families have gone their separate ways.

There are a number of issues in the interview that are controversial and at time painful. Though it was not mentioned, poverty was not a problem. The couple had a wedding costing $45 million, a residence in two places, one in Kensington Palace, a chic wardrobe, and an  income, paid by Prince Charles. Interestingly, Meghan appeared at the interview in a gown by Armani, a $4,000 dress. They want to live “authentically” and reside in a  18,000 square foot modern house in Monecito priced at $14. 65 million, which has nine bedrooms, 16 bathrooms a theater, gym, spa with massage rooms, a five acre estate with pool, playground, and tennis court. They have made a five year lucrative deal with Netflix and another with  Spotify for their Archeville Audio podcasts.

But the most important and disturbing aspect of the interview is the intrusion of racism. Undoubtedly, Britain is not devoid of racism, but this is far from the assertions by Harry that racism was a large part of the reason why he left the UK and royal duties, and that press coverage had racist undercurrents which filtered out to society. Most astonishing was the reference vaguely stated, of  a conversation or conversations, by unnamed persons  about how dark the skin of the unborn Archie would be. This has two ramifications. One is that it was a deliberate allegation of racism by the RF. The other is that the biracial Archie would suffer from racism because he did not have the right to a royal title as William’s children have. This assertion by Meghan is a fundamental mistake. Not granting a title had nothing to do with the color of Archie’s skin. The technical rule is that only the sons or grandsons, not great grandsons of a reigning monarch get titles. Moreover, it takes a skilled actress to be distressed that the one year old Archie would not be given a security detail because he did not have a title.

The interview has presented a portrait of narcissism and self-indulgence. In spite of constant references to the fate of Diana, history is not likely to repeat itself, nor is it likely that it will affect the existence of the monarchy.