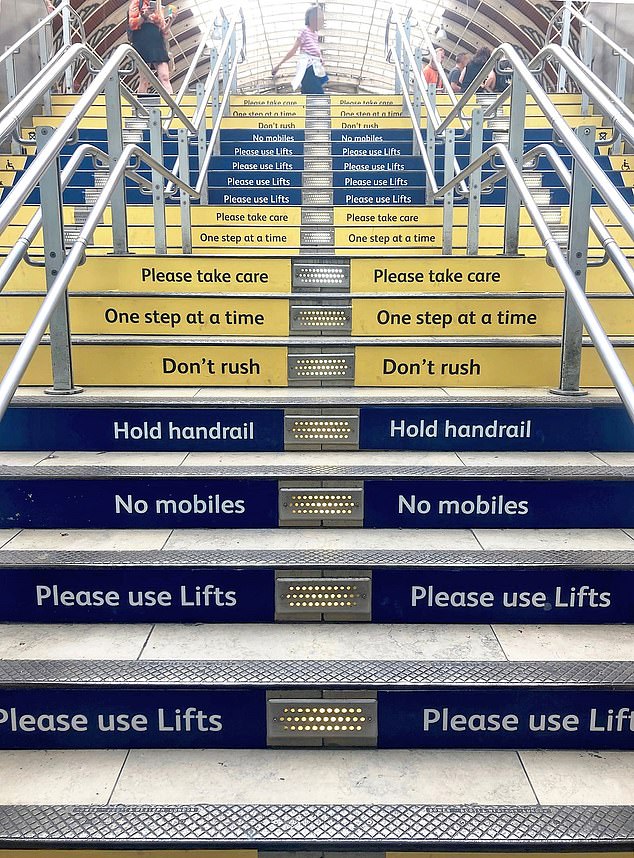 A photograph taken at Paddington Station by Peter Hitchens shows a staircase with every step adorned with an admonition. No mobiles; Don’t rush; One step at a time; Please take care; above all Please use lifts: that is to say don’t take the stairs at all.

The warnings give the impression that stairs are very dangerous. It is true that 700 people a year in England and Wales die of falls on stairs, the young often drunk and the old often frail. On the London Underground, however, there were 2 fatal accidents in 2016-7, that is to say one for every 700,000,000 journeys.

On the modest assumption that each journey involved at least two flights of stairs, and that both the fatal accidents were from falls on stairs, this means that the danger of death from walking up or down stairs was, at the most, 1 in 1,400,000,000 each time. (Naturally, lesser accidents were more common.) On the railways as a whole, the overwhelming cause of deaths on the system was suicide, followed by trespassing.

But the impression given by the warnings was of acute danger and the need to protect the public from itself. They implied also that official badgering of the public was the way to protect it, that an ever-solicitous administration was in loco parentis, as it were.

Furthermore, the warnings and advice were impossible to comply with — though it is unlikely that those who devised and posted them ever thought that they were. The stairs were wide, used by streams of people. If each person used the handrail, the queues to climb the stairs would have stretched from Paddington to Hammersmith. If everybody tried to use the lifts, the result would make the Black Hole of Calcutta look like a fête champêtre.

Rather, the signage is a call to the first duty of the citizen: be anxious.  Only if you are truly anxious do you need the protection of our bureaucratic shepherds.