From The Birmingham Mail

Officers have been alerted to a bitter row between staff and students at a Black Country school following a talk from gay Muslim speaker. The outburst was said to have been sparked by a student’s reaction to Khakan Qureshi sharing his experience – with Wood Green Academy later apologising “for any upset or distress that has been caused by this incident”. 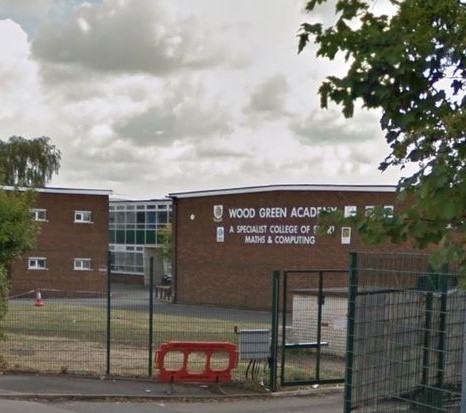 The LGBTQ+ activist visited the Wednesbury school on Tuesday, November 15, and opened up to sixth-form students about the prejudice he had faced due to his sexuality. However, things were said to have ‘got a bit hostile’ during a Q&A session, when a student challenged his views of Islam. Khakan said he felt some were ‘dissecting his identity’ as they questioned how he could be both Muslim and gay.

The filmed heated exchange, which the school has said was cropped, resulted in a male teacher telling students to “shut up and listen” as he informed them “tolerance is a two-way street”. He said people should be ‘allowed to live the way they want and if students couldn’t accept that, there were “plenty of other faith schools where they would accept your point of view, totally and utterly without question”.’

A reference to 9/11 was also made in the clip, which BirminghamLive is not publishing. Khakan told BirminghamLive the teacher’s reaction to the situation was ‘a bolt out the blue’.

A spokesman for the school said: “A number of videos are currently being circulated on social media which shows a member of our staff addressing students at the end of a sixth form presentation. While the school has yet to conclude its review of this matter, it is clear that some of the videos have been cropped. The police have been informed of this incident. Our whole school community is very saddened by this matter. We will continue to investigate this incident and appropriate bodies have been informed. We apologise for any upset or distress that has been caused by this incident.” But is he apologising to the pupils or the speaker. Is is apologising for the pupils? Or the teacher? And what of the teacher? As reported above his words are right – but he won’t have forgotten Batley Grammar. Or the way the teaching union funded the group that threatened the teacher instead of supporting him.

I have seen that part of the video which is being touted by 5 Pillarz as “heroic pupils” pushing back against I’m not sure what. It stops short of recording some of the remarks reported above. It does include the 9/11 reference. The teacher said that when 9/11 happened ‘we’ didn’t condemn all Muslims for the actions of a few.  Therefore tolerance is a two way street.

It is quite obvious that several students filmed the talk and the reprimands and someone has edited them together, possibly cropping some of the exchanges.

I find myself in admiration of both teachers that were present trying to maintain discipline and British standards of tolerance and free expression of opinion. I hope the teachers get support from their head, union and the council and don’t get coerced into a grovelling apology to save their jobs and family safety.

PrevRequiem for a Female Serial Killer – a review
Flights of FancyNext