Florida’s focus on liberty is a lesson for the nation 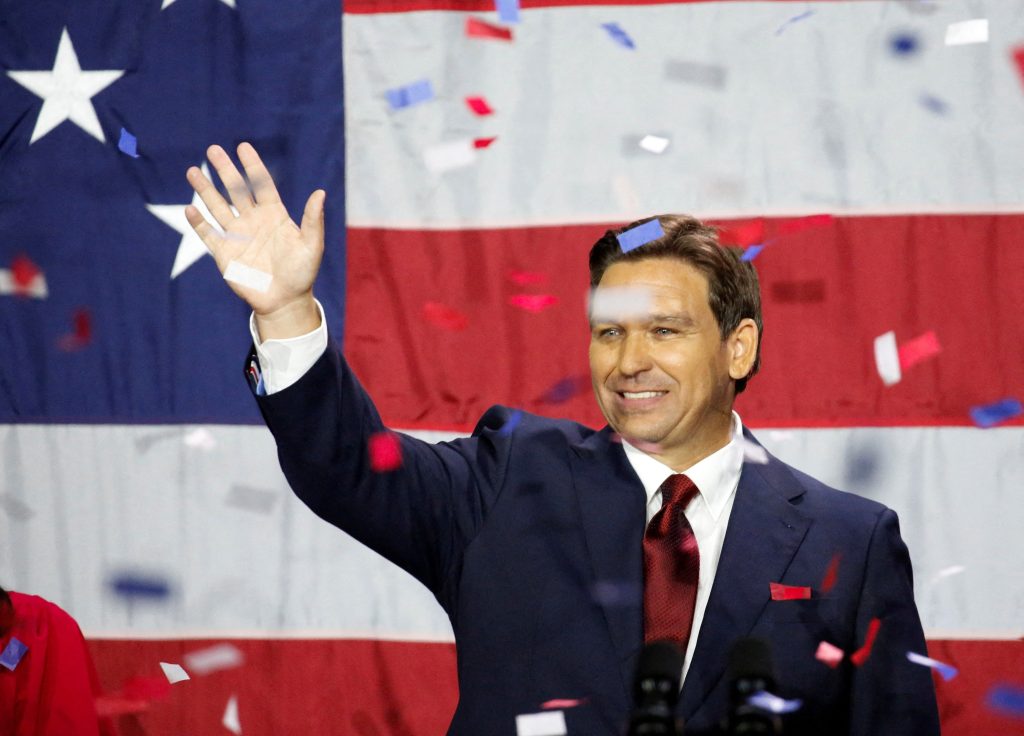 People who voted for Democrats in the midterm elections ignored the Biden regime’s disastrous record. All Americans, especially House Republicans, must understand why if we want to keep our freedom. Florida Republicans have offered a way forward by leading with an unabashed proliberty campaign.

The impotent red wave was the result of deliberate polarization through demonization by Democrat leaders and their corporate media partners. People kept angry, agitated, and fearful are more likely to accept the regime’s unconstitutional, illegal, and antidemocratic actions as necessary to keep supposedly evil MAGA Republicans from power.

The first legislation passed by the House in 2021, HR1, would have obligated states to send unsolicited mail-in ballots to everyone on state lists. Led entirely by Democrats, this bill covered driver-license holders, including some noncitizens. The legislation banned authorities from requiring voter identification and provided for same-day registration.

To assure the Supreme Court would not declare HR1 unconstitutional if passed into law, Democrats proposed adding justices to the Supreme Court. Those justices would be political hacks appointed to dismantle our constitutional liberties. We know this by the Biden regime’s support abroad for such schemes, like those in Brazil, Colombia, and Guatemala.

The Biden regime has no scruples when pursuing its agenda. It used Patriot Act powers—intended to counter foreign terrorists—against parents defending their children from immoral assault by radical teachers. The regime and its partner media protect their criminal political allies—including its own big guy and his son—while prosecuting political enemies regardless of guilt. The Missouri v. Bidenlawsuit has also shown the regime colludes with its media partners to censor free speech.

Everyone across the political spectrum needs to understand that motives for voting are meaningless if we permit centralized, arbitrary executive power. That is totalitarianism, dictatorship, such as in Cuba, China, and others. This is where the actions cited above lead.

With few exceptions, only Florida candidates identified freedom as their core theme. In his victory speech, Ron DeSantis said Florida voters have shown “Freedom is here to stay.… We chose facts over fear, education over indoctrination, law and order over rioting and disorder.”

DeSantis says Democrats have discarded American principles: “The survival of the American experiment requires a revival of true American principles. Florida has proved it can be done.… We fight the woke in the legislature, the schools, and the corporations. We will never surrender to the woke mob … Florida is where woke goes to die.”

Democrats have a significant financial advantage, derived from oligarchs who want a China-first policy that increases their profits and destroys our freedom. In his victory speech, Senator Marco Rubio said he was not worried about being outspent because “no amount of money was going to convince people who escaped Marxism and socialism that America should embrace Marxism and socialism.”

Clean the GOP House or It Only Gets Worse

Saying he will change nothing in his policies for the next two years, Biden has shown he interprets the election results as validating his harmful, radical, liberty-killing policies. Democrats’ money and media advantages and their false demonization and intimidation of their opponents are distracting people from the inevitable disaster of the Biden regime’s policies.

Beltway Republicans (RINOs) see MAGA Republicans as a threat to their power and the China-first policy. Mitch McConnell preferred to continue as Senate minority leader than to support proliberty candidates. The McConnell wing partners with Democrats against liberty while opposing them on less consequential issues.

McConnell rushed a vote for Republican Senate leader and obtainedsupport from 37 Senators despite his clear betrayal of Republican candidates. He directed PAC money against Kelly Tshibaka in Alaska and withheld funds from Blake Masters in Arizona and other Republicans who had a chance to win. We need more and not fewer senators who put liberty first and stand up to McConnell.

Identifying What Hispanics Know from Experience

Many Hispanics from countries with totalitarian governments recognize the Biden regime’s totalitarianism. DeSantis and Rubio likewise identified the enemy and won across the board, including in traditionally Democrat strongholds. Maria Elvira Salazar, a beacon for liberty, won a historic majority in a heavily Democrat district.

With a more forthright focus on liberty, Republicans would have fared much better. Many Republicans condemned the open southern border but failed to mention that this violates Biden’s oath to faithfully enforce the law. We cannot be free for long if we accept government lawlessness.

Referring to election deniers is part of demonization to intimidate opponents and distract from Democrat fraud. Democrats have shown at home and abroad they believe their ends justify any means. This includes election fraud, for which the House passed HR1.

We need elected officeholders, institutions, and commentators to identify, condemn, and counter the Biden regime’s demonization strategy and lawlessness. The new majority-Republican House can contribute by holding hearings that will expose corruption in the federal bureaucracy that is part of the Democrat-RINO assault on our liberty.

This should include the Justice (DOJ) and State (DOS) departments. Bureaucrats in both are governments unto themselves. DOJ perverts justice, and DOS promotes totalitarianism that harms our allies and strengthens our enemies.