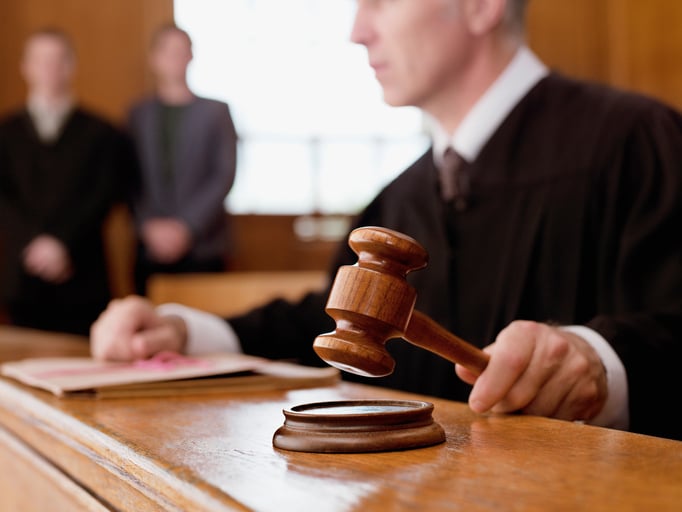 Who would have thought that the New York Times cares about judges’ violations of due process? I all but despaired of making the paper address it after urging it, time and again, to cover judicial fraud that is backed by judges’ self-given in Pierson v Ray right to act from the bench “malicious and corruptly.” It seems that making mainstream journalists do a right thing is a lost cause. And yet, to my surprise, the paper recently published an article about — guess what? — gross overreach by judges!

Yet before I could rejoice at this change of New York Times’ heart (or for that matter, recover from a shock that this exceptionally cynical publication had a heart at all), it became clear that the article was nothing of the kind. It was about far-away Brazil, not the US. “Brazil’s Supreme Court has drastically expanded its power to counter the antidemocratic stances of Mr. Bolsonaro and his supporters… [To that end] court granted itself in 2019 [powers] that allow it to, in effect, act as an investigator, prosecutor and judge all at once in some cases.” Using those extra-judicial powers, Supreme Court judge, Alexandre de Moraes “has jailed five people without a trial for posts on social media that he said attacked Brazil’s institutions. He has also ordered social networks to remove thousands of posts and videos with little room for appeal. And this year, 10 of the court’s 11 justices sentenced a congressman to nearly nine years in prison for making what they said were threats against them in a livestream.”

Though Judge Moraes’ intentions were anti-antidemocratic and therefore good, the New York Times, (which for some reason referred to him as “Mr. Moraes” throughout), expressed unease: “The power grab by the nation’s highest court, legal experts say, has undermined a key democratic institution in Latin America’s biggest country.” “Mr. Mello, who is a supporter of Mr. Bolsonaro, believed the court was violating the Constitution to address a problem. “In law, the means justify the ends,” he added. “Not the reverse.””

This is fascinating. Clearly, the New York Times does not think that it is right and proper for judges to “act as an investigator, prosecutor and judge all at once” — improper in Brazil, that is. When it comes to the US, the criteria for what constitutes judicial function apparently slackens. For American judges, the use of their own argument, rather than that of the parties, is apparently, perfectly fine and democratic. In American courts, it is apparently fine when in adjudicating a case “the ends justify the means and not the reverse”. While US Constitution demands “due process of the law” — and “due process” in any interpretation precludes judges from acting as lawyers to the party they want to win (and for that matter, forbids judges from rooting for one of the parties in a lawsuit argued before them), their doing so is somehow OK, insofar as the New York Times is concerned. To “the paper of record” judicial process in a democracy can be an arbitrary farce without rules — when it is American democracy, and not Brazilian one.

What a difference a distance of a few thousand miles makes! Brazilian judging that is based on what amounts to the American principle of the validity of judge’s “corruption and malice” is “going too far,” according to the New York Times‘ piece; in Brazil, “the court has taken its own repressive turn.” But apparently, US federal courts do not take a “repressive turn” when they repress parties’ argument in favor of the bogus argument concocted by judges, to judge by New York Times deafening and obscene silence on the matter.

There are many ways to discriminate, we are told. There is religious, and racial, and gender discrimination — all adequately covered by the New York Times. Yet, while championing the victims of those forms of discrimination, whether real or imagined, the paper practices its own, “geographic” discrimination. It throws the light of its righteous indignation very unequally, exposing Brazilian judges’ violations of due process, but sparing the American judges a similar exposure to the disinfecting light of public scrutiny.

Lev Tsitrin is the founder of the Coalition Against Judicial Fraud, cajfr.org