From the Sunday Times. The Irish press don’t seem to be carrying the story, or not yet.

Ibrahim Halawa, a Dubliner who spent more than four years in prison in Egypt after being caught up in a siege at a mosque in 2013, has acted as an intermediary for Omar Abdelkafi, an Egyptian cleric who has been described in Britain as a “hate preacher”. 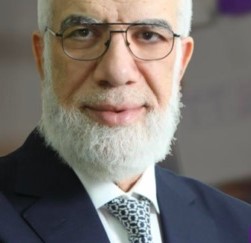 Abdelkafi, who has made antisemitic and anti-western remarks in the past, recently spoke at the Islamic Cultural Centre in Clonskeagh.

Jewish news reports that in 2015 he also told supporters that Muslims were not involved in the 9/11 and Charlie Hebdo terror attacks – calling both massacres “comedy films”. “This play to which Muslims are subjected to ad nauseum across the world is the sequel to the comedy film of 9/11,’ he said in a video translated from Arabic by the Middle East Media Research Institute. The first part took place in New York and the sequel is taking place in Paris.”

After Abdelkafi was invited to speak in Clonskeagh last month, where his talk was in Arabic, The Sunday Times emailed him for comment in order to clarify controversial remarks attributed to him in the past.

Moign Khawaja, a researcher in jihadi visual propaganda at DCU, said some remarks by Abdelkafi could be interpreted in many ways, but “it was beyond question” that a comment about 9/11 was designed to be insulting and mocking. “He’s trying to be controversial,” he said.

Tara Maloney, an analyst with the Anti-Defamation League’s Centre on Extremism in New York, said the remarks were, at a minimum, “for effect” and to “insult people”.

Dr Omar Abdul Kafi had last month given a lecture at the Finsbury Park mosque in north London as part of a UK wide tour that also saw him give talks in Leeds and Liverpool. Speaking in the Commons … the Tory MP Robert Langan recalled how Omar Abdul Kafi “has previously given sermons about killing Jews and advanced antisemitic conspiracy theories, and he is known to have directly inspired the Stockholm suicide bomber, Taimour Abdulwahab.”

One of the incidents cited by the campaign groups involved a sermon delivered by Abdelkafi, posted on YouTube, that said: “The day of judgment will not come about until Muslims fight the Jews, when the Jew will hide behind stones and trees. The stones and trees will say ‘O Muslim, O Servant of Allah, there is a Jew behind me, come and kill him’.”

Maloney said the remarks were quotes from the Prophet Muhammad. “It is a controversial but well-known hadith, and we are uncomfortable that quoting something from someone’s religious scripture is inherently antisemitic but he did choose to say it. In the same programme he talks about Zionists collaborating with freemasons, and that is for sure an anti-semitic conspiracy theory.”

A spokesman for the Islamic centre in Clonskeagh said it was “responsible with regard to lectures and talks” at the venue.