‘He has fallen a hero’: French siege gendarme who replaced hostage dies 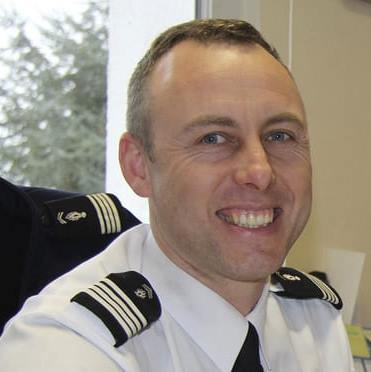 The French gendarme who was shot after he swapped places with a hostage being held by a terrorist gunman has died. Interior minister Gérard Collomb announced the death of Lt-Col Arnaud Beltrame shortly before 6am French time on Saturday.

“We will never forget his heroism, his bravery, his sacrifice. With a heavy heart, I send the support of the entire country to his family, friends and colleagues of the Gendarmerie of the Aude,”

Shortly afterwards, President Emmanuel Macron issued a statement saying he was “deeply moved” to learn of the officer’s death from his injuries.

“In offering himself as a hostage to the terrorist hiding in the supermarket in Trèbes, Lieutenant-Colonel Beltrame saved the life of a civilian hostage, and showed exceptional courage and self-sacrifice,” Macron wrote.

He said the hero officer had shown “exceptional sang froid” and demonstrated the finest “military virtues” that merited the “respect and admiration of the entire nation”. “Lieutenant-colonel Arnaud Beltrame died serving the country to which he had already given so much. In giving his life to bring to an end the murderous actions of a jihadist terrorist, he has fallen a hero,”

Beltrame, 44, of the Aude Gendarmerie, originated from Brittany, in western France, and had a distinguished career earning distinctions, commendations and military honours at every step. He graduated from France’s elite military college Saint-Cyr in 1999 with special praise for his “resolutely offensive spirit when faced with adversity”. His superior officers noted that he was prepared to “fight to the end and never give up”.

From Saint-Cyr, Beltrame underwent training for the gendarmerie, including for the special intervention unit the elite GIGN (Groupe d’Intervention de la Gendarmerie Nationale), whose missions include counter-terrorism and hostage rescue. He earned the military cross in 2007 following a two year posting to Iraq, and later spent four years as part of the Garde Républicaine protecting the Elysée Palace before becoming a special advisor to the secretary general of France’s ecology ministry. He was promoted to the rank of Lieutenant-Colonel in 2016.

The gendarme had volunteered to take the place of a female hostage . . . Beltrame left his mobile telephone line open, enabling police and special forces outside the supermarket to hear what was going on. When they heard shots, they stormed the store, killing Lakdim, and finding the Lt-Col gravely injured.