From the Telegraph and the Manchester Evening News

A council at the heart of a child sex abuse scandal handed out taxi licences to convicted offenders, including one who went on to attack a 14-year-old girl, a damning report has found. Oldham Council approved the licences despite knowing some of the applicants had been accused of sexually abusing vulnerable teenage girls in the town.

In 2014, a review identified five drivers with serious criminal convictions, but only one of them had his licence revoked. The following year Moshraf Ali, who had been allowed to continue driving, sexually assaulted a 14-year-old girl as he drove her home late at night. He was jailed in 2017.

Details of the case were outlined in a report published on Monday detailing how child sex abuse victims had been systematically failed by Oldham council and Greater Manchester Police (GMP). As well as the failure to root out paedophile taxi drivers, the report highlighted other areas where victims had been let down.

It documented how Shabir Ahmed, (he wrote the manual on how to be a nasty piece of work) the ringleader of a notorious grooming gang in Rochdale, had been employed by Oldham council as a welfare rights officer and seconded to the Oldham Pakistani Community Centre. 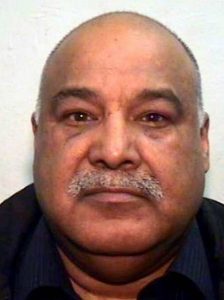 Ahmed had worked at Oldham council between 1988 and 2006, and was employed as a welfare rights officer seconded to the Oldham Pakistani Community Centre. This role would have meant he would ‘potentially have had contact with a range of vulnerable adults and their children’.

The review team state they believe there were ‘serious failings in how both the council and Greater Manchester Police investigated concerns’ in respect of Ahmed while allegations of child sexual assault were being levelled at him during his employment as a welfare officer.

The full details of his case have not been made public due to concerns about jigsaw identification of his victims.

Despite multiple concerns being raised about him and his arrest for the sexual assault of children, police failed to tell his employers.

“If this had happened, it may have potentially avoided the tragic abuse of other children,” the report stated, citing “serious multiple failures” by both GMP and the local authority. Ahmed, identified only as “Offender A” in the report, is now serving a 22-year jail sentence.  And when he comes out, I bet he won’t be deported as he is supposed to be; none of his henchmen has gone yet.

Elsewhere the report also highlighted the case of “Sophie”, who was abused when she was 12 years old following numerous missed opportunities to protect her. Sophie went to Oldham police station in October 2006 to report being raped by an Asian man but was told to come back when she was “not drunk”. She was then taken away by a man who had been visiting the police station and raped numerous times.

It was launched on the back of allegations made on social media which have gained a large following and have begun to exert significant influence within Oldham politics – contributing to the dethroning of two council leaders in just two years. The report concluded that while the victims had been let down by those who were supposed to protect them, there was no evidence of an institutional cover-up. I’m not sure that actually reassures me.

But the authors say that while strategies were good on paper, they frequently did not translate into protecting children on the ground from abuse.

After being launched Operation Messenger identified scores of children, some as young as 12 years old, who were being groomed in the borough.

A risk register stated that the possible harm to children was so high the ‘worst-case’ risk was that a ‘young person could be killed’. However, the review finds that ‘commendable strategic approaches did not always translate into the appropriate level of safeguarding for young people at risk of child sexual exploitation’.

Andy Burnham, the Mayor of Greater Manchester, who commissioned the report, said: “It is never too late to face up to past mistakes, to say sorry to those who were failed nor to prosecute those responsible for appalling crimes against children and young people.

There is a great deal of detail in the Manchester Evening News; some of it will make you angry, so I’m repeating the link. Read it all.

PrevStop donating to leftist colleges
The Trump-Haters Are Now DesperateNext