How Tommy Robinson’s acceptance of the Sappho Award is being reported.

One of our readers posed the very pertinent question last night “I’m wondering how the UK media will spin this. When the award was won by respected philosopher Roger Scruton the BBC were happy to cover it but there seems to be a mandate, as shown in his speech, that Robinson must be lied about and silenced at all costs.”

Obviously Rebel Media and TR News have direct reports. Most of these reports are in the form of videos, some are tweets, often containing a video.

You Tube has several videos, I embeded two of them yesterday and so far as I know at time of writing these are still on the site. However friends who repeated them on Facebook last night have received warnings.

Ruptly, who used to be Russia Today have a report, but you need to be a subscriber to read all of it. As does the International Free Press own website Trykkefrihed.

A search engine enquiry on the name Tommy Robinson brings up several British news outlets reporting on his recent attendance at Luton Magistrates Court as part of the authorities application to the courts for an order banning him from attending any future football (soccer to readers in the US) matches in England and Wales. But nothing about the award.

Searching on the name of the Danish MP Marie Krarup produced a little more.

The Norwegian edition of the Document website has some information about the difficulties the Society experienced in organising the award ceremony. Using Google translate I was able to find out that the ceremony was intended to be held at the Vartov Conference centre off the Town Hall Square. The IFPS have hired this venue on previous occasions. Sadly threats of violence from Antifa prompted the conference centre to cancel the booking.

However Danish MPs have the right to book rooms at Christiansborg, and Marie Krarup did so for this event.

Christiansborg Palace is a palace and government building on the islet of Slotsholmen in central Copenhagen, Denmark. It is the seat of the Danish Parliament, the Danish Prime Minister’s Office, and the Supreme Court of Denmark.

So a bit like having it in the Palace of Westminster.

The Danish newspaper Ekstra Bladet has a report on the demonstrations outside the palace to stop the award ceremony. Again I had to use an on-line translator.

About 100 protestors showed up. Speakers were from the Socialist Youth Front and The Joint Initiative against Racism and Discrimination. Their spokeswoman Lene Junker said she couldn’t understand what Tommy Robinson is doing in Copenhagen as Denmark has laws against hate speech. 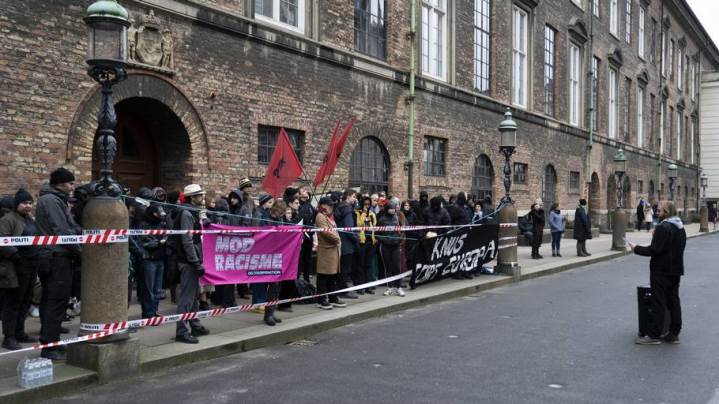 “Don’t bother me you shit pig. Hello I’m being arrested” a female black-clad protestor yelled as she was led away by police. 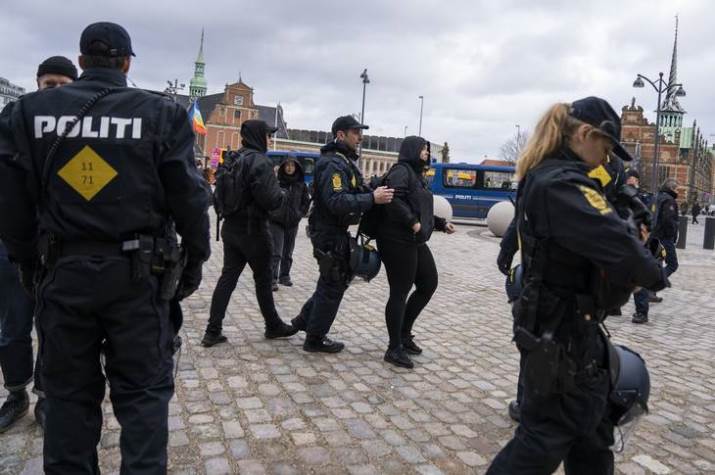 A man was also arrested and the Copenhagen police took them both into custody. The rest of the Exstra Bladet report is background about Tommy’s troubles with the English police and milkshake wielding protestors during his European Parliament election campaign.

So far everything else I can find is a re-posting linked to the same general sources I have found. The MSM is conspicuous by its absence. But it is interesting how word gets round, Mundfunk. Grapevine. It works.