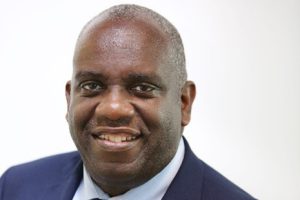 An attempt at imaginative sympathy with the situation of others is a duty of citizens of societies as varied and complex as ours: which is not quite the same as uncritically adopting their point of view, of course.

What would it be like, for example, to grow up in a ghetto in Baltimore, through which I have passed only in the train but which appeared to me rather like Mariupol lite.

I remember a patient of mine, a girl of about 16 who was growing up in a slum in England, who had, by some miracle, formed the ambition to study French literature. She told me that the girls in her class mocked her for it. “They say that I’m stupid,” she said, “because I’m clever.”

What must it be like to grow up in a cultural environment that actively devalues intelligence, refinement, and effort in favor of stupidity, crudity, and laziness? Perhaps extraordinary people, like my patient, can resist the baleful influence of the culture around them, but just as we cannot demand of people that they should be heroes, so we ought not to demand they be exceptional in order to grow up as civilized beings. We should not turn the old saying, “There but by the grace of God go I,” into a metaphysical principle such we believe that people are as incapable of escaping environmental pressures as billiard balls are incapable of going off in a certain direction once struck by another billiard ball; but we should always nevertheless keep it in mind in our efforts to understand others. And certainly, we should not place additional obstacles in the way of those who already face difficulties enough.

To the difficulties that black people still have in growing up and living as a conspicuous minority in a still predominantly white society is now added another: the effect on their minds of the concept of institutional racism. This is now one of what the poet William Blake called “the mind-forg’d manacles,” the manacles that do not constrain people physically (and which are therefore relatively easy to remove), but mentally, and are therefore all the more insidious in their effects. The fact is that if you believe that the dice are loaded against you in such a way that there’s nothing you can personally do to counteract their influence, you will be more inclined to perceive what you can’t do to help yourself than what you can. So even if the dice are loaded against you to an extent—and against whom in human life are they not loaded to some extent or other?—to dwell on that loading against you is both psychologically damaging and harmful in practice.

Sewell is the son of Jamaican immigrants to England in the days when landlords used to put notices in their windows refusing potential tenants who either had dogs or were black. As a child, he was subjected to the most indisputable kind of racial abuse. Fortunately, his parents were strongly religious, and encouraged him to do as well as he could at school. By the time he went to university, things had changed for the better, though of course they were still far from perfect.

At any rate, before he did his doctorate, “Black masculinities and schooling: How black boys survive modern schooling,” in which he mentioned aspects of their popular culture that were not conducive to their success, he was a teacher of English in schools in tough areas. He knew whereof he spoke.

Admired for his work in turning things round in various schools, and credited with a wide and beneficial influence, the University of Nottingham decided to confer an honorary degree on him. But before it could do so, Sewell published a report of a government commission into institutionalized racism, nine of whose ten members were members of racial minorities, in which, after examining the evidence, they concluded that the country was not institutionally racist. They did not deny that there was racism, of course: That would have been ridiculous. What the report denied, with uncontested statistics to back up its assertions, was that the country was not systematically racist, denying opportunities to people from ethnic minorities because of official race prejudice.

In certain quarters, however, this conclusion and the evidence from which it was drawn, were not permissible, even as the basis for reasoned discussion. It was claimed that Sewell and his commission had set back the cause of race relations by years, if not decades; and Nottingham University, under pressure from activists and with the pusillanimity that one has come to expect from such quarters, withdrew the offer of an honorary degree.

They were like undated versions of Saint Augustine, who wanted to give up sinning, but not just yet. They wanted institutional racism to end, but not just yet, and probably never: For even if it didn’t exist, the idea that it did is (if I may be allowed another metaphor) a goose that lays a golden egg.

Unfortunately, while the Robin DiAngelos of this world profit mightily from this golden-egg laying avian, the same cannot be said of the inhabitants of the ghettos of Baltimore (for example). They have been left in a worse situation than ever, their minds in the meantime having been poisoned.

In short, in the modern world, you can have any opinion you like, so long as it’s the correct one—especially if you’re black.