Is Russia Above Suspicion for Assassinations and Attacks in Britain? 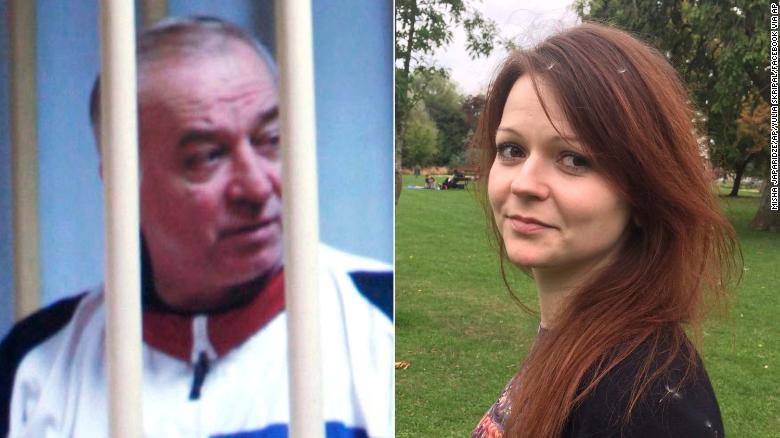 We know that the moon lingers over London town when a nightingale sings in Berkeley Square. We now also know that the streets in London, and in some British towns, are not paved with stars but are the locale of suspicious deaths, or attempts to kill political opponents, alleged to have been arranged by Russians, and international intrigue. The latest illustration of these calamities is the incident on March 5, 2018 involving the physical collapse in the street of a former Colonel of the Russian GRU military intelligence service, Sergei Viktorovich Skripal, and his daughter Yulia in Salisbury, a small cathedral town 80 miles southwest of London, though only 35 miles from the UK Secret Service training center at Fort Monckton.

The pair were found unconscious on a street bench. British police have confirmed that they were attacked with a nerve agent, a chemical put in food or drink. There are a number of crucial questions concerning the event. The first is why Skripal was attacked seven years after being released from a Russian prison. Another, and important for the U.S., both the White House and Congress, is whether Skripal had any connection with Christopher Steele or the dossier on Trump. Skripal is reported to have been close to a consultant who worked with the independent security firm Orbis Business Intelligence founded by Steele. If this is the case, with consequent relations, even if indirect, of the victim’s association with Orbis and the dossier, could it have been the reason for the attack?

Sergei Skripal, a 66 year old former Russian agent, had been recruited by MI6 in 1995 in Estonia, “a spy with the Louis Vuitton bag.” and as a double agent had unmasked many Russian secret agents threatening the West and operating undercover in Europe. He was paid £78,000 to give information to MI6. His operations were not akin to or as spectacular as those of James Bond, but he passed on information in a spy rock, a fake stone in a Moscow park, with a handheld device while walking past the rock.

In August 2006 Skripal was uncovered by Russia, tried, pled guilty and was convicted of “high treason in the form of espionage” in giving secrets to the UK. He was stripped of his rank, medals, and awards, and sentenced to 13 years in a Russian labor camp.

In July 2010, Skripal was pardoned by then Russian President Dmitry Medvedev. In a swap at Vienna airport, almost a facsimile of the swap portrayed in the 2015 film Bridge of Spies, that dramatized the swap of KGB Colonel Rudolf Abel for U.S pilot Gary Powers, he was one of four spies exchanged for the ten Russian agents, sleeper agents,  deported from the U.S. One of them was the attractive and sexy, red haired and red hot, self-declared seductress, Anna Chapman, daughter of a KGB official and supposed Russian dlplomat, who worked as a real estate business woman in New York, while using a special computer to transmit messages to Russian officials. She and the other nine were part of a group of sleeper agents, with long term, deep cover assignments on behalf of the Russian Federation.

Sergei Skripal came to the UK, kept a low profile, and lived under his own name in Salisbury. However, some may have assumed he was still involved with British intelligence. The ongoing inquiry into the attack on him and his daughter, raises larger questions and suspicions about the deaths of Russians and associates in Britain. The inquiry also may be of interest to politicians and jurists in the U.S., paticularly the indefatigable Rep. Adam Schiff, hunting if it takes forever, for evidence of Russian collusion with President Trump in unexpected quarters. As indicated, there is as yet no direct evidence but there are allegations that Skripal may have had links, even if indirect, with Christopher Steele, who formulated the controversial “Dossier.” Their careers overlapped. Steele had been posted by MI6 to Moscow for three years, and later became head of MI6’s Russian desk.

More significantly, the Skripal case brings up speculation on and examination of the possible use of poison or nerve gas and other devices on at least 14 suspicious deaths linked to Russians since 2003. They are of individuals who supposedly died as a result of heart attacks, suicide, or accident, but there appears to be a pattern of state sponsored murder, though not as obvious as the asssasinsation of Leon Trotsky in Mexico City in August 1940 by a KGB agent.Ramon Mercader.

First are questions about Skripal’s own family. His wife is supposed to have died, aged 59, in 2012 from cancer, and his son aged 43 in a car crash. The official explanations of their deaths are now being challenged, as possibly the result of some chemical substance. Skripal’s 33 year old diughter Yulia , a business woman based partly in Moscow, might have been endangered because of her approval of a comment on social media that Putin is the “worst president in the world.”

The immediate Kremlin view is that the incident was an operation by Western secret services to harm the campaign of Putin for reelection on March 18, 2018, and perhaps an excuse for the West to boycott the World Cup tournament to be held in Russia  in June.

The counter-terrorism squad of the London Metropolitan Police is investigating the case, but the previous deaths are being revisited. Some of them are well known, but others are less so or forgotten. One of the latter is the stabbing on Waterloo Bridge in 1978 of Georgi Martov by an umbrella containing a poison pellet. Another is the case of Alexander Perepilichnyy, former businessman who had given evidence of a Russian tax scam, a large financial crime. His assassination in November 2012 involving ingested gelsemium, a rare toxic plant apparently found only in China, is alleged to have been sanctioned by Putin.

Other cases got more attention. One was that of Boris Berezovsky, aged 67, an exiled opponent of Putin, supposedly hanged himelf with a towel in his mansion in 2013. His close friend Scot Young, a 52 year old property dealer, who had made a number of trips to Russia, was in December 2014 found impailed on railings near his luxury apartment.

Probably the most well known and notorious case is that of Alexander Litvinenko, 44 year old, who died of an injection of radio active polonium 210 while having tea in the fashionable Millennium Hotel in Grosvenor Square. He is the first known victim of this form of injection. Litvinenko had accused the Kremlin of the murder of Berezovsky and a number of journalists. The Kremlin viewed him as working for British intelligence, and as a prominent associate of its opponents.

Connected with this case is the stabbing to death in his home in November 2016 of a British scientist, Matthew Puncher, a leading nuclear forensic scientist, who had identified the source of the poisoning that killed Litvinenko. For some reason Puncher had been sent to Russia on several times on government business, giving rise to a suspicion that the UK was hiding information concerning the Kremlin ordered killings.

Both the British Prime Minister Theresa May and the Foreign Secretary Boris Johnson have suggested that Russia was behind the attack on Skripal. Indeed, Johnson said that Russia was a malign and disruptive force in the global community, and was conducting a soft war against the West. One consequence could be travel bans, as already imposed in the U.S, on senior Kremlin officials, and seizure of assets owned by Kremlin personnel.

The U.S. is also involved in the problem in at least three ways. One is the death of Mikhail Lesin, former propaganda aide to Putin, who became a defector for personal reasons, and a financier of films including Fury starring Brad Pitt.  Lesin was on November 5, 2015 murdered in a Washington, D.C. hotel on the eve of a meeting with FBI agents. His death was deemed an accident because of “excessive consumption of alcohol,” but injuries to his head, neck, and torso, suggest he was murdered with a baseball bat.

A second factor concerns the 31 year old mathematian Gareth Williams whose naked body was found in August 2010 in a sportsbag in his bath tub.  This was peculiar since he had been living in a security service safe house in Pimlico, Chelsea. Williams had been a codebreaker for UK goverment communications, GCHQ,  assigned to MI6, but he was also working with the U.S. National Security Agency .

The third issue is whether there is any connection between the attack on Skripal and Christopher Steele and U.S. politics.

Reliable reports claim that Russia has developed chemical and biological agents developed for targeted asssinations. Perhaps the UK fears if it takes action that Russia will unleash cyber attacks that can affect power supplies or air traffic controls, or try to destabilize the economy, or use Russians living in UK for negative purposes.  Whatever the reason, the UK has been hesitant to antagonize Russia, to condemn forthrightly Russian activity and has downplayed Russian involvement in the killings. It may be a foggy day in London town  but it is clear that the UK government, in conjunction with the Trump administration, should take strong action in ending these state sponsored assassinations.

PrevTariq Ramadan: Now We Are Three
The Strange Feminist Silence on IslamNext